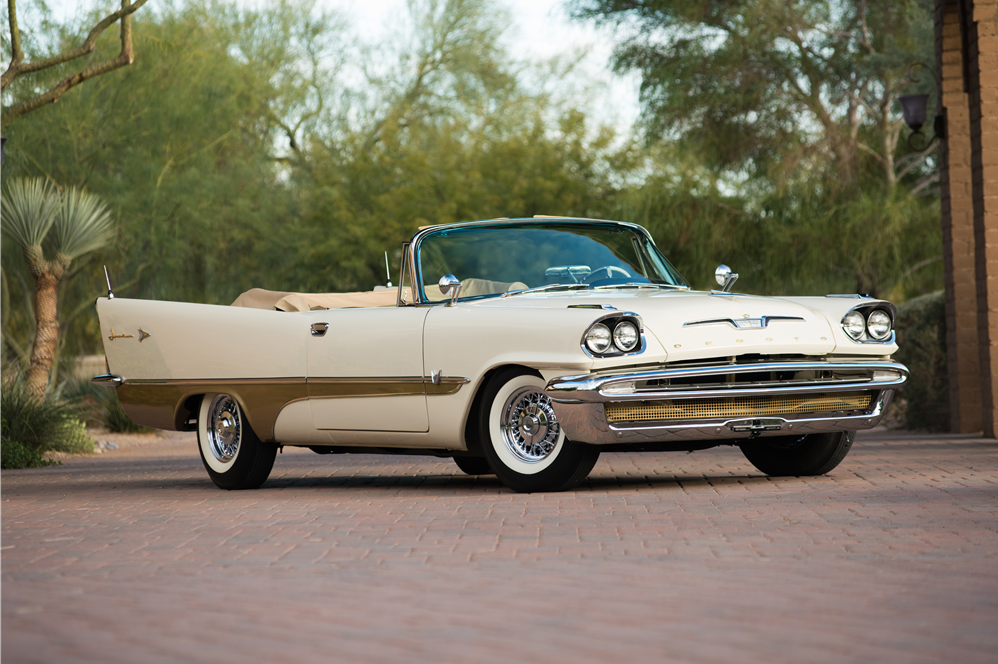 After changing DeSoto designs completely in 1955, the company experienced its height of popularity since opening in 1946. A year later, the Adventurer became its most formidable vehicle, even serving as the Pike’s Peak hill climb pace car. 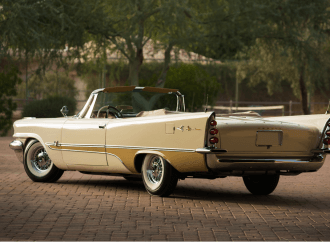 This vehicle is designed in a cream color with tan seats to match.

This 1957 DeSoto is one of 300 convertibles made with the 345ci Hemi engine, with dual 4-barrel carburetors and automatic transmission. 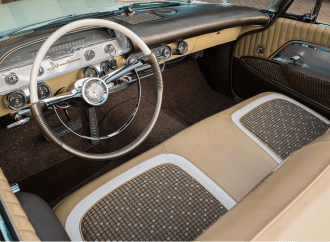 An outstanding and rare example of a Chrysler design chief Virgil Exner, this Adventurer has 82,000 original miles. This 60 year-old beauty from the DeAtley Collection runs and drives excellently.