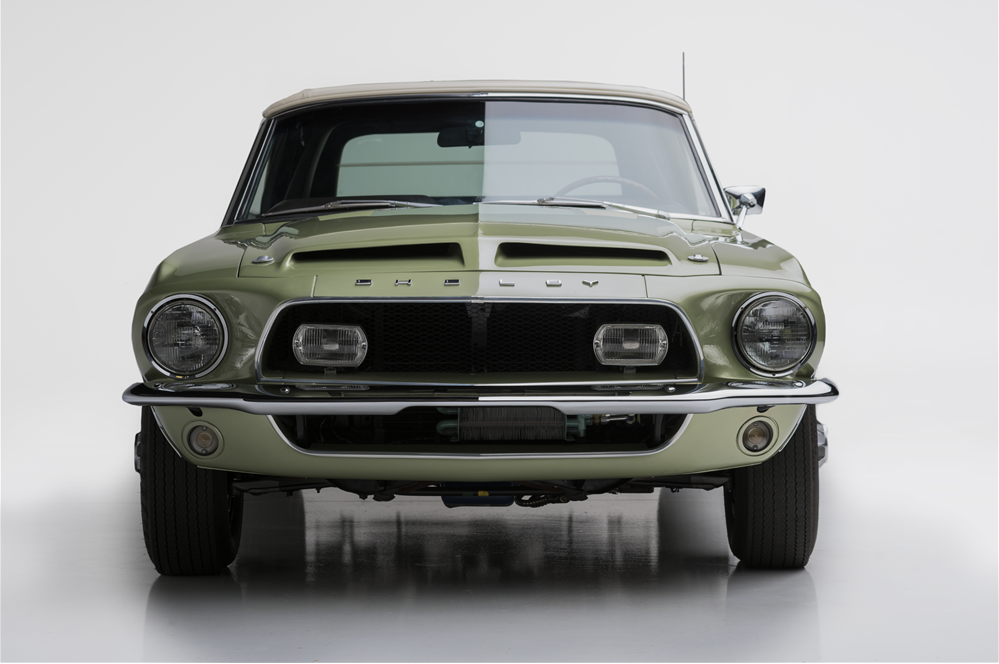 This beautiful and rare 1968 Shelby GT500KR convertible received a otisserie restoration to as-new, as-delivered specifications and finish in 2016 by award-winning Master Shelby restoration expert Tim Lea of Massachusetts. Bearing Shelby serial No. 02402, it is one of only 57 1968 GT500KR convertibles produced with a 4-speed manual transmission and factory Select-Aire air-conditioning combination, and one of just four in Lime Gold with a Saddle Décor bucket-seat interior.

The car wears its original and rare Shelby wheel covers, along with a new set of Goodyear Polyglas tires.

Like all 1968 Shelbys, the GT500KR “King of the Road” stood apart from standard 1968 Mustangs with fiberglass body panels, including the hood with its forward-placed scoop – functional for the Cobra Jet’s Ram Air – and a rear end with ducktail spoiler, sequential tail lights and tilt-away steering column from the 1965 Thunderbird.

Power steering and power front disc brakes were also part of the package, along with a convertible roll bar and a uniquely padded console, with Stewart Warner gauges added to the Mustang Deluxe interior. 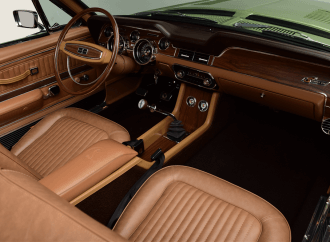 This GT500KR convertible has a white power top with glass backlight and is equipped with its matching-numbers 428 Cobra Jet engine and matching 4-speed manual transmission.

Pick of the Day: Rare Maserati designed for road, not track