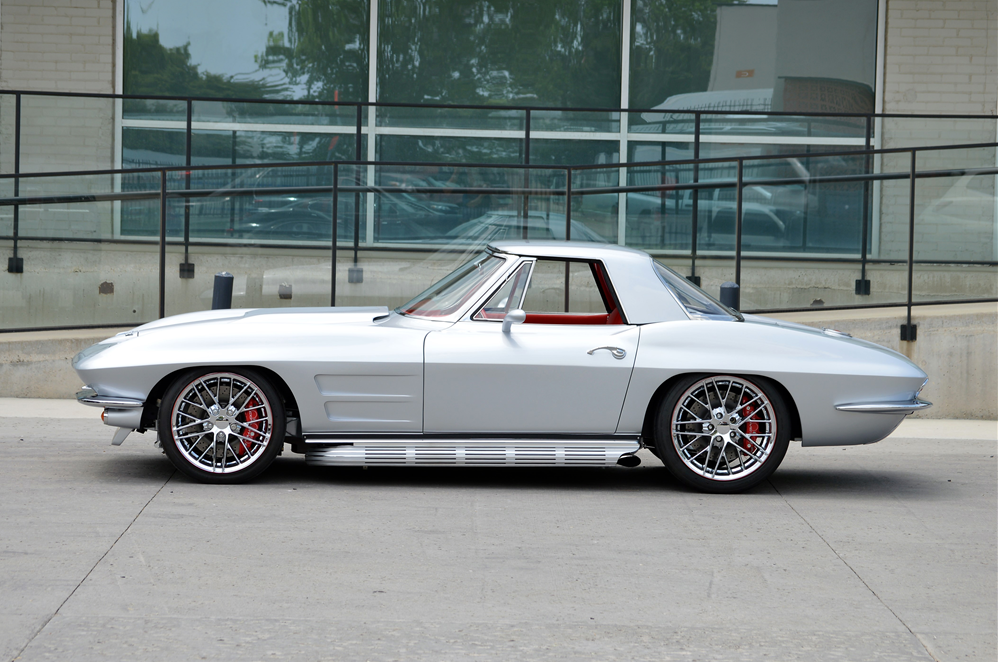 The Chevrolet Corvette was named after a tiny but flexible warship called Corvette. The second-generation Corvettes, built from 1963-1967, was smaller than the first generation but featured the new Corvette coupé style. Everything changed with the 1963 Chevrolet Corvette; offering the new aerodynamic design, a fastback coupe, new comfort for passengers, and new independent suspension both front and rear of the convertible. 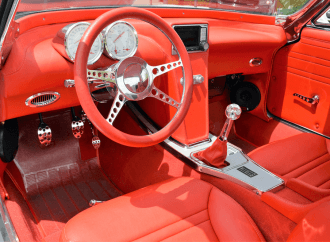 This custom silver Corvette comes with a storyboard and is powered by a 6.2-liter V8 LS3 engine, which was introduced in 2008. It also has power windows, power steering, hood and decklid. The interior is a bright, eye-catching red that is visible from outside of the car. 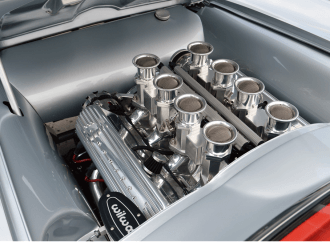