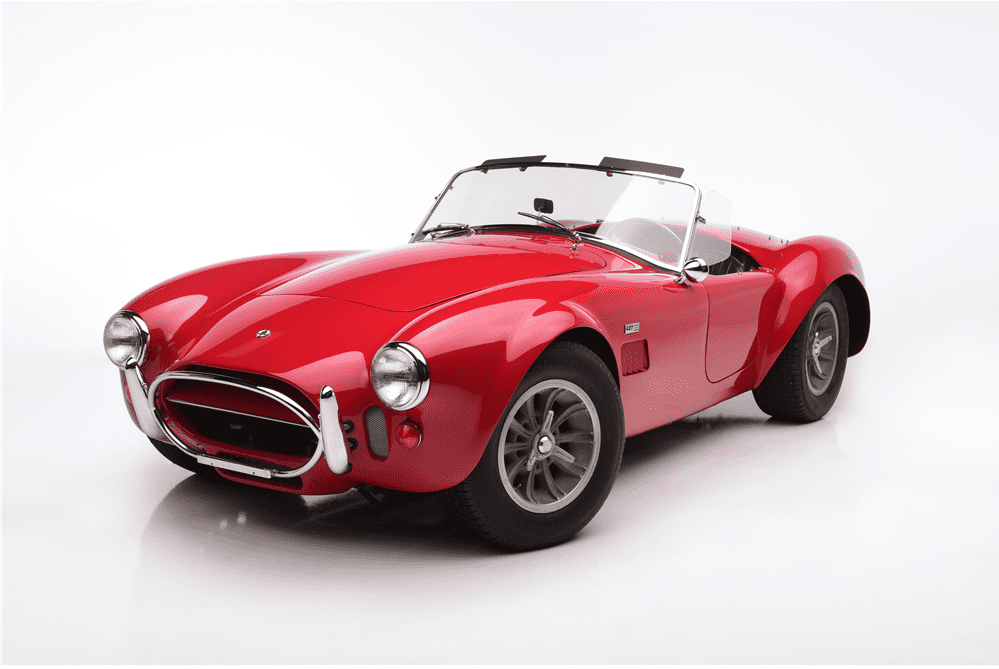 Scheduled to cross the auction block at Barrett-Jackson’s 47th annual Scottsdale auction is this 1966 Shelby Cobra (CSX3239) powered by a 427cid V8 engine linked to a 4-speed manual transmission. The car is documented in the Shelby Registry. 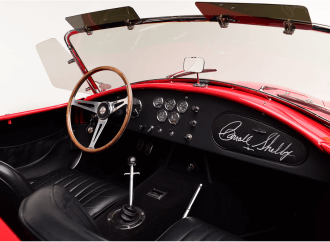 The car (Lot 1416) goes to auction showing fewer than 18,000 miles on the odometer (note: the title reads mileage exempt).

According to Barrett-Jackson, the car was delivered on May 9, 1966, to Koons Ford in Falls Church, Virginia, and is believed to have been sold originally to Antonio Juan Christiani. Later that decade, he took the car to Central America.

In 1976 in San Salvador, Christiani sold the car, with 3,900 miles on the odometer and a Holman Moody-built 427 under its hood. The car’s next ownership change took place 11 years later when it was purchased by Cobra restorer Bill Kemper. He soon sold the car to an owner who added white stripes over the car’s red paint, and who then sold the car not long after to Cobra collector George Stauffer. 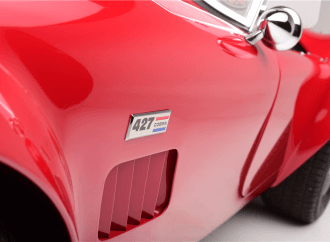 The car was sold again in 2000 showing less than 6,000 miles on its odometer and in 2001 it was purchased by Marvin Jones, who campaigned it in vintage races. Barrett-Jackson notes that in 2006 the Cobra was purchased by well-known collector Michael Hammer. With only 7,200 miles on its odometer, Hammer commissioned a professional restoration emphasizing originality, performance and drivability.

Hammer sold the car in 2014, with the new owner and the auction consignor removing the roll bar, competition gas filler, side pipes and hood scoop and having an aluminum fabrication and paint specialist do a complete refinish in the car’s red color.

The car is being offered at the auction with reserve.