Barrett-Jackson Countdown: 1957 Maserati 3500 GT made for the road but inspired by the race track 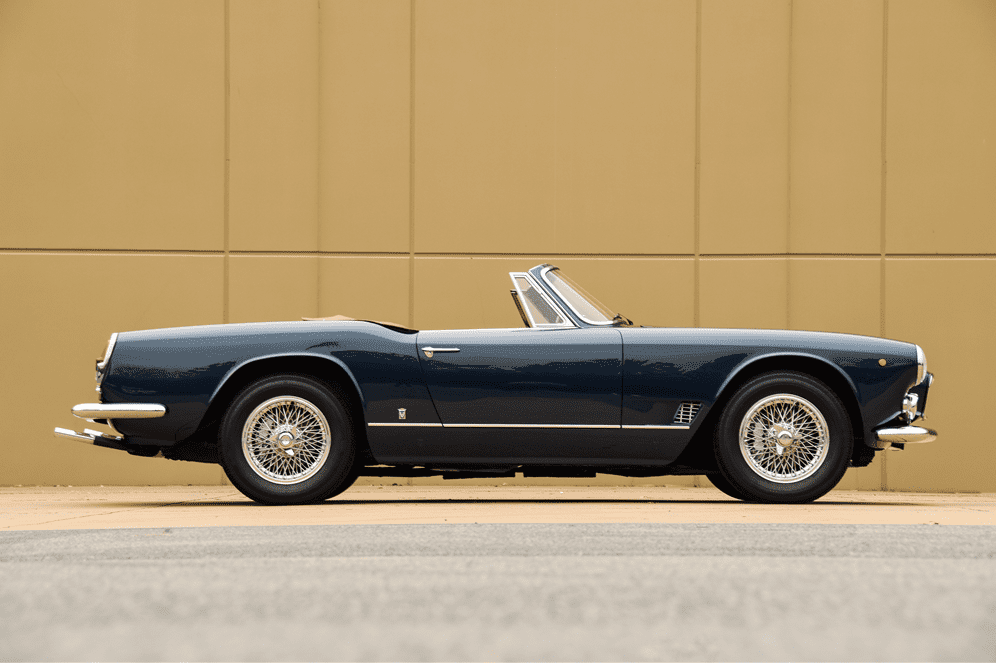 This Maserati 3500 GT Vignale Spyder is making an anticipated appearance at Barrett-Jackson’s 47th annual Scottsdale auction. Designed as a direct competitor to Ferrari, Aston Martin and Jaguar, the Maserati 3500 GT was a street car inspired by the race track. The engine was derived from the 350S racing cars and traces its roots to the fabled 250F Grand Prix cars. The 3.5-liter twin-cam, twin-lug inline-6 produces 250 horsepower on a trio of Weber carbs. 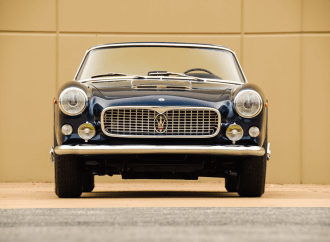 As a 1963 model, this car features many significant improvements over the earlier models, like four-wheel disc brakes, a ZF 5-speed manual transmission, and highly desirable polished-alloy Borrani wire wheels.

The styling of the 3500 GT Spyder reflects its performance. In Blue Sera over Rossa leather interior,

the dark blue has just a hint of metallic sparkle. A striking red leather cabin provides a compelling contrast against the metallic blue paint. 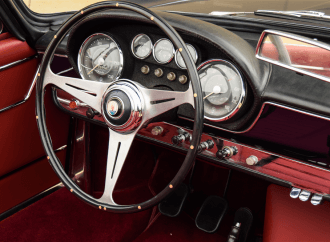 This particular Spyder comes with a blue canvas soft-top and original blue paint, gauges, switches and steering wheel. The factory tool kit and jack are included, and even the quilted trunk mat and hood insulation are intact and in amazingly original condition.

The styling on the 3500 GT Spyder was elegant and balanced, and with the performance to match its good looks, it was the epitome of Italian Grand Touring in the early 1960s, Barrett-Jackson notes.

While the majority of 3500GTs were sold with coupe bodies by Carrozzeria Touring, only 245 lucky (and wealthy) buyers got their hands on the gorgeous, open-topped Spyder by Carrozzeria Alfredo Vignale.