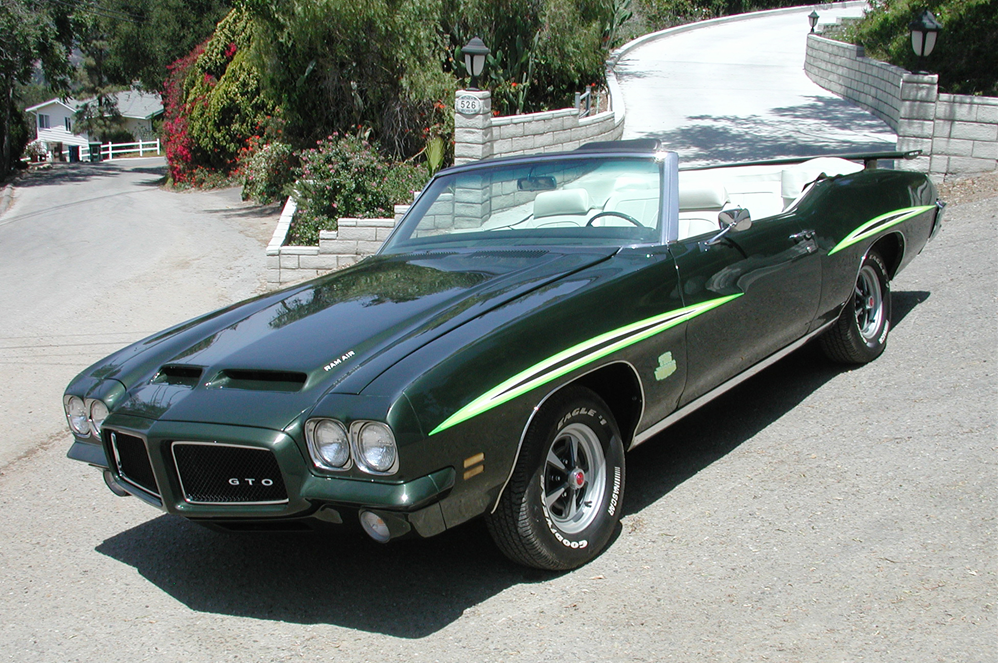 This is one of 17 Pontiac GTO Judge convertibles made in the final 1971 production year and is the only one finished in green with a Pearl White interior and white top. 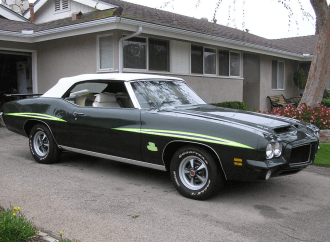 For the ’71 model year, Pontiac equipped GTOs with new grilles, horizontal bumper bars and hood, and with headlamps that were placed closer together. The Judge model was discontinued in early 1971 and approximately 10,000 were sold, making this green Pontiac a rare find.

This Judge was restored with as many original and NOS parts as possible and everything matches its original Build Sheet.

The interior features bucket seats with an 8-track player on a pedestal and the automatic shifter on the column. 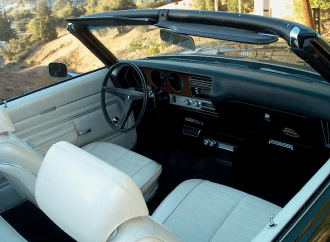 The car was signed by GTOP pioneer Jim Wangers and has won Best of Show awards twice at major Pontiac events.

Included with the vehicle are PHS documents and its factory fuel tank document and the original owner’s photos are available as well.

First-generation classic cars up for auction on AutoHunter