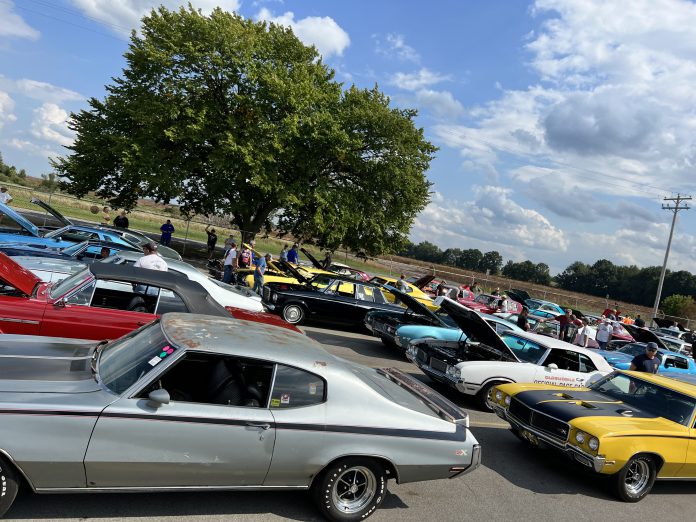 This past weekend was the 28th annual Pure Stock Muscle Car Drag Race (PSMCDR) in the little hamlet of Stanton, Mich. You may have read about it in the past in magazines or seen the shootout videos on YouTube, but have you been to the event? I’ve been attending since 1996 — that year, I raced my Oldsmobile, but since 1997 I’ve been the announcer.

In the 1980s, there were several shootout-style events, with the best-known ones being the Supercar Showdown and Musclecar Review’s Musclecar Nationals. They were fun and all, but not everyone owns a Hemi or LS6. The PSMCDR takes that into account, so you’re paired with someone who is turning similar times.

All day Friday, participants run and tune and run and tune, with one’s best ET resulting in a pairing on Saturday. Those pairings run the best of three. There isn’t an award because, remember, not everyone can own the fastest car, so in reality one runs against him/herself, as the goal is to learn how to race and properly tune a car.

The PSMCDR has evolved over time, with the rules currently allowing for some NHRA-spec stock-class modifications and cars that may be beyond the scope of what may be thought of as a true muscle car (like a 1979 Pontiac Firebird Formula or a 1973 Buick Riviera, albeit one equipped with the Stage 1). It’s an event that has become a reunion to see old friends and make new ones.

And, of course, everyone gets excited to see what new cars are in attendance. For example, twenty-five years ago, a bunch of Studebaker fans decided to come to the event with their cars and show the traditionalists that South Bend also knew how to build muscle cars. Would you believe there were more Studebakers this year than Fords?

As I’m the announcer, it is impossible to take pictures of the race on Saturday, but I stole away from the tower for an hour to run around and take some snapshots among the 131 registrants, which you can see below.