Monterey Car Week: Returning to what matters most

In the sea of high-priced cars and concours events, Darin Roberge reflects on what makes Monterey Car Week special

(Editor’s note: During the month of August, the ClassicCars.com Journal not only is previewing and covering the various events that comprise Monterey Car Week, but we’re asking our staffers and others to share their memories of Monterey trips past. If you have stories about Monterey Car Week to share, like the one from Darin Roberge, president of Motorwerks Marketing, that follows, please send them to us at journal@classiccars.com, and include a photo or two if possible.)

Prior to the pandemic, I used to find myself in situations where I would have sort of the same conversations over and over again. Whether it be on an airplane, in a restaurant, out somewhere with friends or family, or whatever, the inevitable small talk standard-issue question would always come about: “So, what do you do for a living?”

Of course, I would always summarize a little bit, but the basic gist was always the same, “I own an advertising agency that deals in specialty, classic and collector automobiles.”

Just like the initial question, the follow-up was generally fairly uniform. “Oh wow! What’s your favorite part of doing that?”

My response was always the same: “Without a doubt, it’s the people.”

At this point, they would begin to look at me a little bit confused. “You mean you work with the coolest cars in the world and your favorite part is the people?”

Fact is, this business/lifestyle/hobby/whatever has never really been all the way about the cars. The cars are certainly the draw, the story, the inspiration and probably the byproduct, but what’s really behind them still remains the people.

The only reason these giant, multi-ton, horribly expensive and relatively inconvenient relics of the past largely still exist in the first place is because they meant something more to somebody at some point down the line — enough to keep them alive and enough to pass them to somebody else.

As a result, they were central components of those people’s lives. These cars have been there for births, deaths, first dates, wedding days, divorces, promotions, graduations, you name it. These cars not only tell the tales of the people that designed and built and marketed them, but also the people that used them as a paintbrush on the canvas of their individual lives.

They truly wrote stories together, and nowhere does this translate more thoroughly then in a place like Monterey. Over the last year and a half, this is what I’ve missed the most.

It’s that wrench time with your father/son or that cruise-in with your friends or even just the feeling that you get standing next to a stranger at a car show, looking over an engine bay with a mutual appreciation and realizing that you might actually have more common ground with this random stranger than you thought. Of course, all of this is amplified immensely in an atmosphere like Monterey car week, but that’s part of the draw.

Sharing passion and the appreciation of history with strangers from not just around the country, but around the world and building relationships that can last a lifetime is ultimately what this whole thing is really all about.

As we begin to return to our normal routines, activities, travel schedules, etc., we need to keep in mind that this is what we are returning to and it’s really what matters most. It’s easy to get caught up in how much the biggest offerings will bring on the block at the auctions, or who’s going to walk away most prestigiously at The Quail or Pebble Beach, but again, that’s not really it.

Monterey Car Week ultimately remains centered on friends and colleagues sharing something that we’re passionate about and doing it together. I, for one, can’t wait to see everyone out there once again. 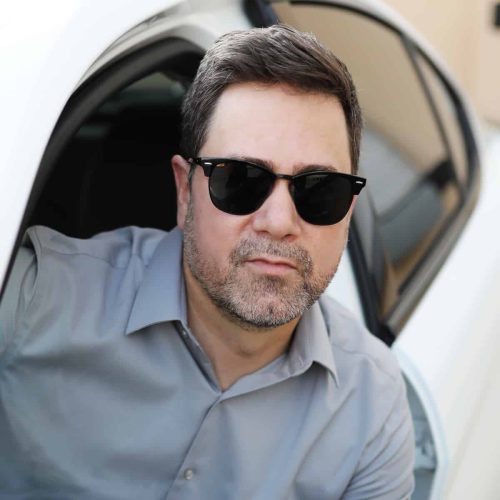 Darin Robergehttp://motorwerksmarketing.com/
Darin Roberge is president of Motorwerks Marketing and is a marketing and media consultant in the specialty, classic and collector automotive industry…. He also really, really likes Alfa Romeos.

Ever wonder how Monterey Car Week got started?

Question of the Day: Will Saturns become collector cars in the future?