The story of how I bought my first classic car 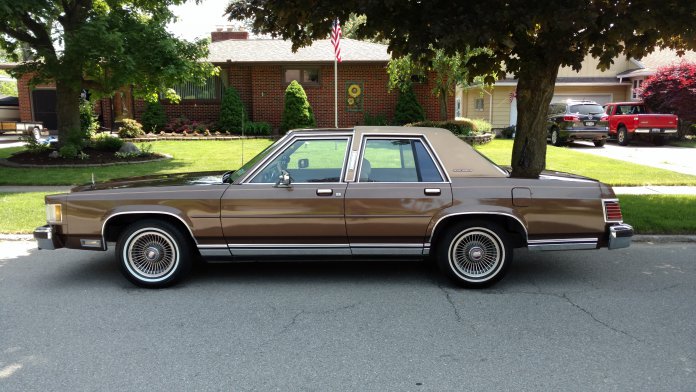 (Editor’s note: During the month of May, the ClassicCars.com Journal is publishing a series of stories about buying your first, or perhaps your next, collector vehicle. Today, reader Garrett Derkoviz shares how he found and purchased his first classic car. If you have a story about your experience buying your first collector car that you’d like to share, please send it to us at [email protected])

As a kid born in the ‘90s, the generation of cars I grew up with were sleek and simple in design. My grandmother used to give me little Model A’s and ‘50s diecast cars to play with as a kid, and my parents got me a Hot Wheels car every time we went to the grocery store. I always loved making them race, and I knew darn well which ones I liked the most.

Before the summer of 2017, I never thought much about cars anymore until I noticed my neighbors admiring a 1992 Cadillac and went to see it for myself. I didn’t know anything about buying cars, so I didn’t think much of it. It did get my interests moving, however.

Working the drive-thru a couple of months later, I saw a dark blue car with lots of chrome I’ve never seen before. When the gentleman pulled around, he said it was a 1991 LTD Crown Vic. Me being the jokester I was, I said, “I’ll give ya $3,000 for it.”

I was baffled because I knew nothing and had no idea what I just said. But I did have to tell him I was only joking and to pass it along.

But I couldn’t stop thinking about that car. I didn’t have a lot of money, but I really wanted a car of my own. I browsed Craigslist for hours, looking at cars with a filtered search of 1991 and back for any car I could find. I saved pictures of many cars I deemed worthy of a good-looking car.

I calculated my finances and such to set myself up for saving for a car. I started saving every dollar and cent in a bank account that only I knew about. My parents are very nosey and have access to my regular account, and as a college kid I didn’t want them to know I had money being saved, in fear that they would tell me to spend it on something productive like school.

I planned and planned for months, and in late March of 2018 I found a car that got my interest, a 1986 Mercury Grand Marquis. I read the most honest-sounding bio of the car and liked what I read. I emailed the gentleman and asked a few questions because the car was in Pennsylvania, and I live in New York.

Eventually, I made a plan with the owner to come see the car with my friends. With money in hand and everyone ready to go, we set forth on our adventure to get this car.

After a long and fun-filled ride, I finally saw the roof of the car over some hedges and said, “There she is.”

My friends all looked and said, “That’s it?” in a disappointed tone. They had been looking at the next-door neighbor’s car as we were driving by, but I didn’t say anything till I parked at the correct house.

I got out and met with the seller. He invited me inside after I very nervously test drove the Marquis. Everything I studied up on when it came to buying a car checked out, and I paid the man his asking price, which was a steal in its own for such a clean vehicle.

I drove it home, smiling ear to ear the whole time. I parked it in my neighbor’s driveway when we got home late that night so I could surprise my parents in the morning.

I got up early the following day for obvious reasons. My Dad was reading the newspaper and asked where I was all day yesterday. I was going to tell him but then stopped myself and decided to answer with, “You don’t know?”

He looked puzzled because it’s very unlike me to be gone for so long.

“You didn’t see what happened next door?” I asked.

He looked out the window, unable to see the car, and asked if I broke something. After toying around, I decided it would be better just to show him.

We walked outside, and as it finally came into view, he looked very stunned and started walking toward it. He stopped halfway and said, “You can’t afford that!”

I said it was already paid for, and he continued toward the car without saying a word.

I turned on the car and took my Dad for a drive around the block. We got back, and as he got out of the car, he said, “I guess it’s fine,” and walked off.

My mother was different. I tried to play the same game on her and toy with her, but she wasn’t having it and told me don’t be an asshole. So, I quickly just led her outside.

She also was baffled at what it was I brought back from my trip. I offered her a ride, and she quickly got in. My neighbor from down the street came up right after and couldn’t get enough of it. My mother, waiting in the car, turned all smiles as the neighbor looked in.

I spent that whole day cleaning up my 1986 Mercury Grand Marquis and learning every curve and detail of it — my first classic car and the only one I ever want to have.

A series of stories on the ins and outs of purchasing a collector car, whether it's your first or your next.

Buying at auction: It’s fun, but do your homework before you bid

Is a swap meet a viable place to buy my first collector car?

Car swapping: How I made a trade that benefited everyone involved

Buying that first collector car can be quite a journey