Video of the Day: ‘Drive Your Car’ 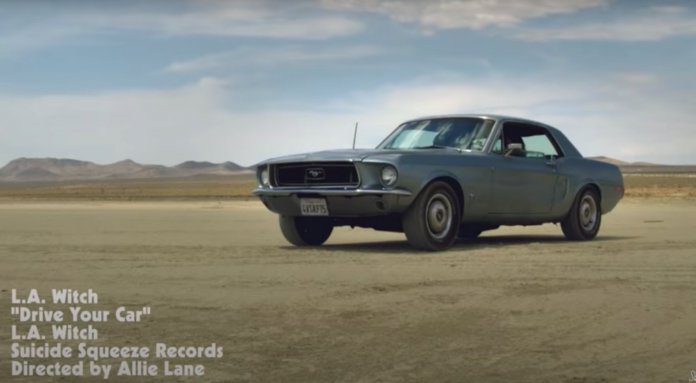 Oh Dad, you tried to talk me out of it, and now I have tried to do the same. My daughter Josie is now in College. She’s smart. She’s creative. She would make a great lawyer – she always can out-argue me on a level playing field. Like my father before me, I begged her to be a doctor or a lawyer. But alas, she is seemingly on a path to scribe-dom, just like her dad and his dad.

Upon arriving at Loyola University Chicago, Josie took a gig writing band reviews for the college’s radio station, WLUW-FM. College radio was always fun as there are so many highly creative indie-artists who mostly never see super-stardom, but gain a healthy following.

Her first story was on a psychedelic, surfpunk girl band called L.A. Witch. She immediately sent it to me when published. Oh, how my mind trailed back to my own college years when I too, was writing a rock ‘n roll column called “Rocks Off” for my school paper, The Candor. I would go on to be the editor of the rag.

Needless to say, I read the review on the LA-based band, which was well-written and very positive about the group, and immediately called out to Siri, “Hey Siri, play L.A. Witch…” What came over the speakers was a dreamy, driving, psychedelic song draped in lots of vintage spring-reverb called Drive Your Car. My mind trailed back to Sonic Youth, the Pixies, early Cure and the Velvet Underground. I liked it.

Pleasantly surprised, I kept listening. The millennial-aged L.A. Witch has a 52-year-old fan in me. The video for Drive Your Car is also a pleasant surprise. As the band rambles through the song, the noir-styled imagery is the trio playing with an original-looking 1965 Mustang hardtop with patina and what I speculate to be a 1980 or 1981 Chrysler New Yorker slammed with big 22-inch wheels and led lighting.

I still would prefer Josie to go to Law School.