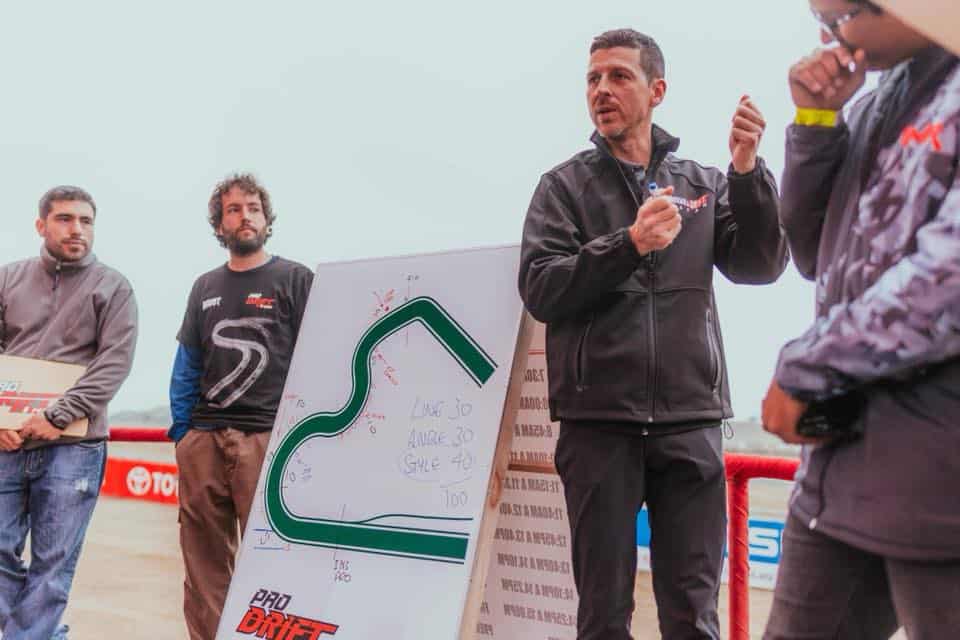 In 2011, Ryan Lanteigne took on the role as one of three judges for Formula Drift after an early retirement from professional driving.  Fast forward and Lanteigne joins us as a guest judge for our 5th annual Future Collector Car Show.

Lanteigne started in a Canadian drift series that he also helped organize from 2004-2007. He also was a driver for the “Ride of the Lifetime” ride-along demolitions demolitions presented by Yokohama Tire.  BF Goodrich picked him to drive a Pontiac GTO for its drift team for 2008 and 2009 in the Drift Mania Canadian Championship.

He moved from behind the wheel to the judge’s stand in 2010 and the following year joins Formula Drift in the U.S. when judge Ernie Fixmer retired. He also judges in Formula Drift in Japan, in the Gatbil Drift Series in Scandinavia, the Super Drift in Brazil, Pro Drift Peru and elsewhere.

His perspective of the connection between car and driver will be applied in Scottsdale, Arizona, on January 12th, 2020 when he judges the Rookie of the Year category in the Future Collector Car Show alongside guest judge Fielding Shredder.

“I’m proud to be part of the show because those cars are a part of my youth, and still want to own,” Lanteigne said. “That (Future Collector Car Show) is a show that I can relate to in a way  that I can’t relate to most shows.  I have connections to the cars at this show because it’s part of my generation.  It’s something you love not on a rational level, but more on an emotional one.”

Our show won’t be the only new project for Lanteigne in 2020, when he will be part of a new curriculum with the Federation Internationale de l’Automobile to engage, educate and create new drifting judges around the world.

“In order to engage the next generation we have to look at shifts in every side of the industry,” said Roger Falcione, founder of ClassicCars.com.“Ryan Lanteigne and Formula Drift are creating a new type of collector by inspiring that nostalgia that drives our collector car community through a new motorsports: competitive drifting.

“Advocates of growing our next generation of enthusiasts are important to our industry, and we are delighted to have Ryan on board.”

Lanteigne will be onsite at our Future Collector Car Show, not only judge the Rookie of the Year category, but to participate in panel of discussions about the future of the hobby and competitive drifting.

You can follow the adventures of the drift judge through his Instagram @lawntang and meet him at the 5th annual Future Collector Car Show.

For more information about the show, visit www.FutureCollectorCarShow.com.