There’s no doubt that 1959 was the ultimate year of the tailfin, ending the stylish ’50s with Cadillac sprouting them to lofty heights, Chevrolet going sideways and Lincoln putting a new slant on the rear-end embellishment.

While GM designer Harley Earl is largely credited with promoting tailfins after being inspired by fighter jets, over at Chrysler, head stylist Virgil Exner was busy endowing those brands with some of the sleekest fins ever seen, or likely ever to be seen again. 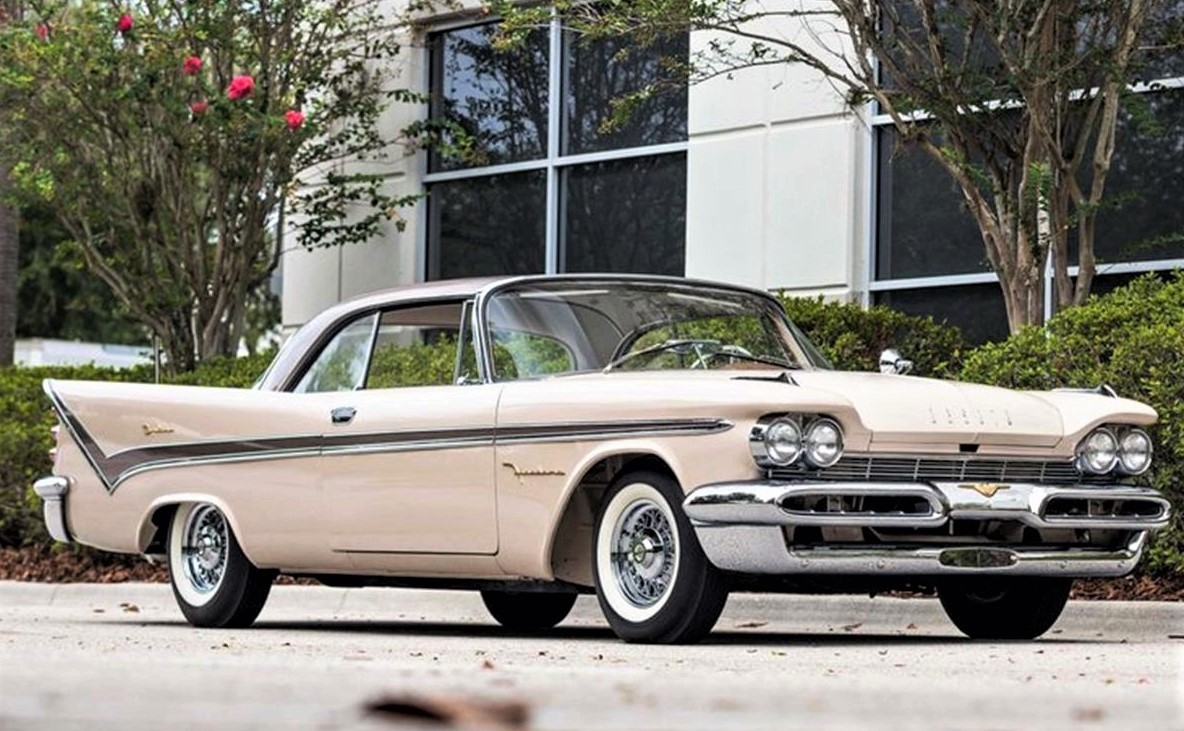 The DeSoto brand was doomed to extinction once the decade was over, but it certainly went out in style with magnificent tailfins that soared upward with optimistic flair, despite the gathering clouds.

The Pick of the Day is a 1959 DeSoto Firedome Sportsman, a two-door hardtop with one of the grandest sets of tailfins ever conceived.  This was part of Exner’s “Forward Look” styling theme that made the Chrysler brands seem like sleek projectiles cutting through the atmosphere.

The DeSotos had perhaps the cleanest look of the bunch, and this low-mileage example in Spring Rose with a Metallic Brown roof shows the wide range of colors available at the time. 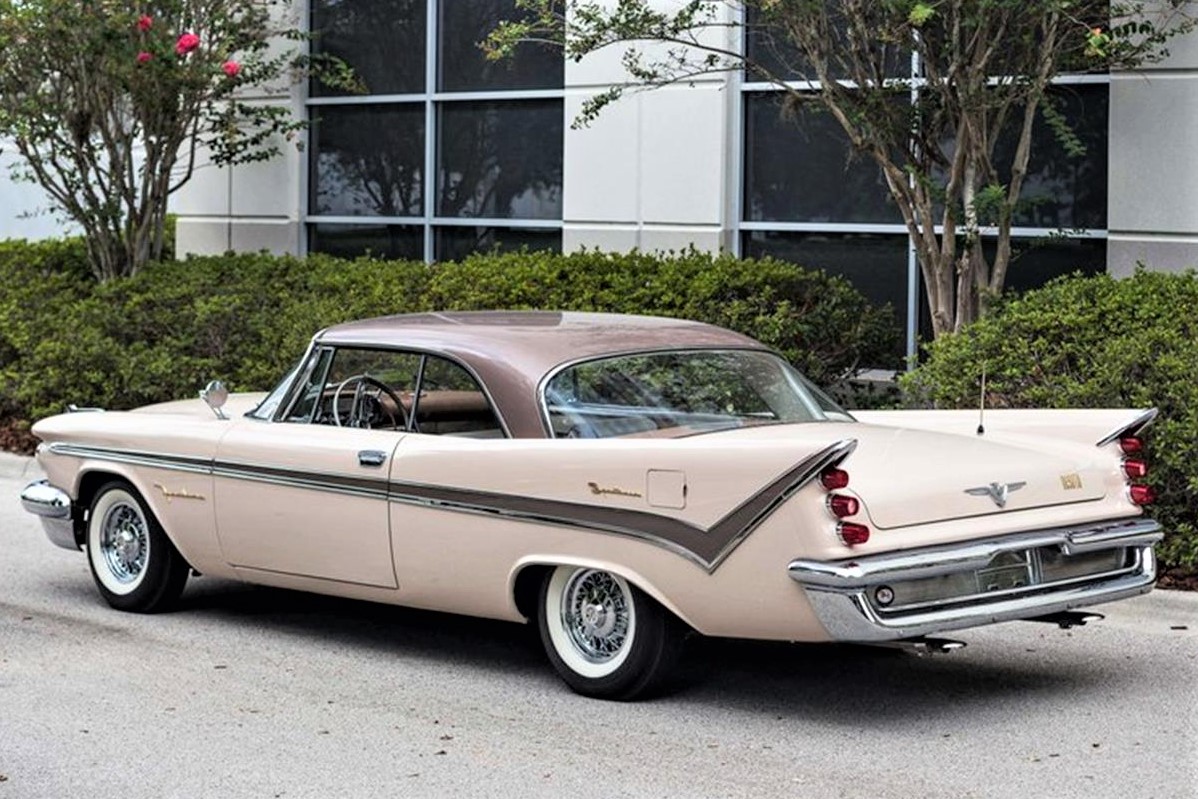 “Only 2,250 Firedome Sportsman 2dr. hardtops were produced in 1959, and this is an exceptionally nice example with 43,000 miles,” according to the Orlando, Florida, dealer advertising the DeSoto on ClassicCars.com.

There’s no mention of restoration history in the ad, or whether the car is an original survivor, which it could well be with such low mileage.  The photos with the ad show gleaming paint and chrome, and an interior that appears to be in very good condition.  The chrome wire wheels with wide whitewalls add an elegant touch. 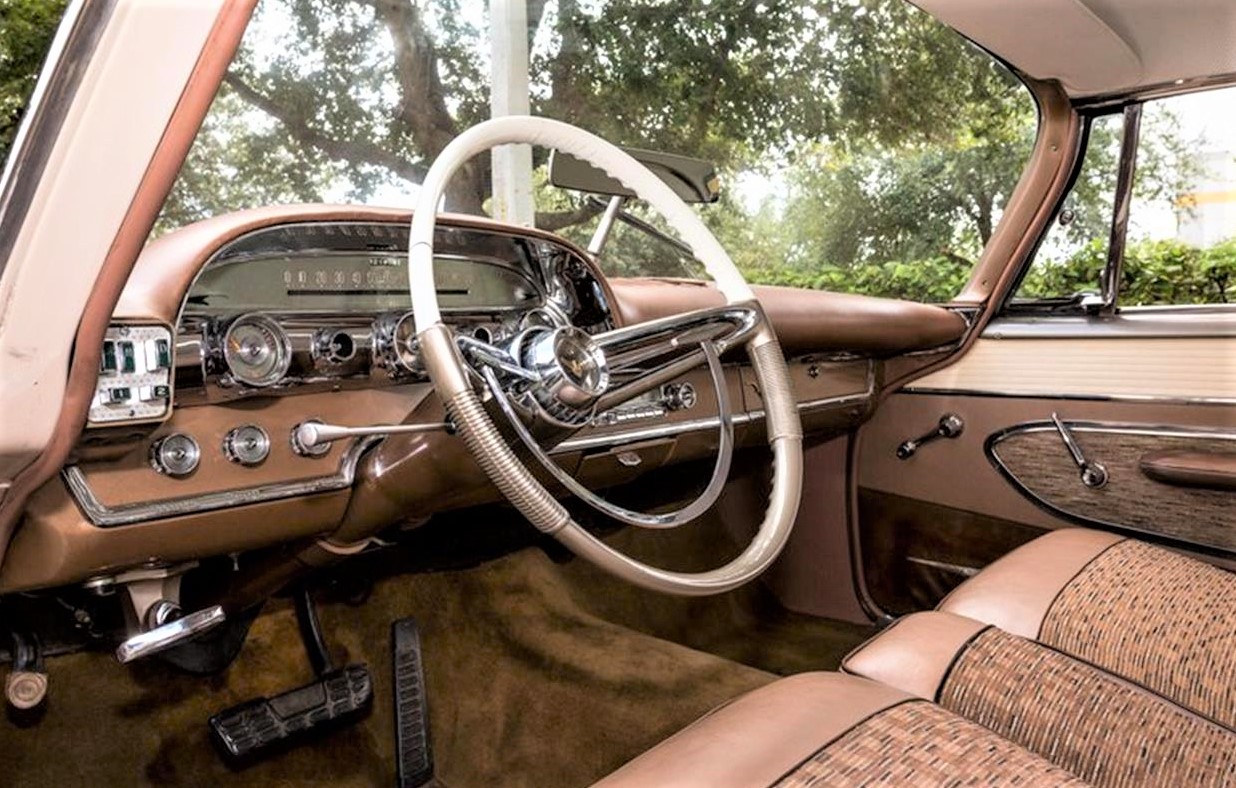 The swivel front seats were a cool feature that turned outward to allow the driver and passenger to enter and exit the low car with grace.

Pick of the Day: ’75 Stutz Blackhawk, going for the gold in ’70s style

Pick of the Day: Price, paint draw attention to this Rolls-Royce