The evolution of the art at Cadillac Ranch

As I drove back onto Interstate 40 the other day, I realized that I’d been making periodic visits to a particular farm field in the Texas Panhandle for nearly 20 years.

Amid the rows of corn or beans, or whatever has been planted to feed the world, stands what amounts to a feast for the eyes: 10 vintage Cadillacs, planted in a row, noses buried and tail fins raised toward the sky, and at a precise angle, an angle copied from the sides of the Cheops Pyramid in Egypt.

Planted in this field is Cadillac Ranch. Though it is located just south of the highway, you can easily drive by without noticing the cars. As you travel the interstate there are no signs for miles and miles advertising the location as there are for Wall Drug Store or I-95’s South of the Border.

Nor is there any admission fee, other than the fact that you might ruin a pair of shoes making your way through the muck after the Panhandle has been drenched by a thunderstorm, which was my experience when I visited two years ago. 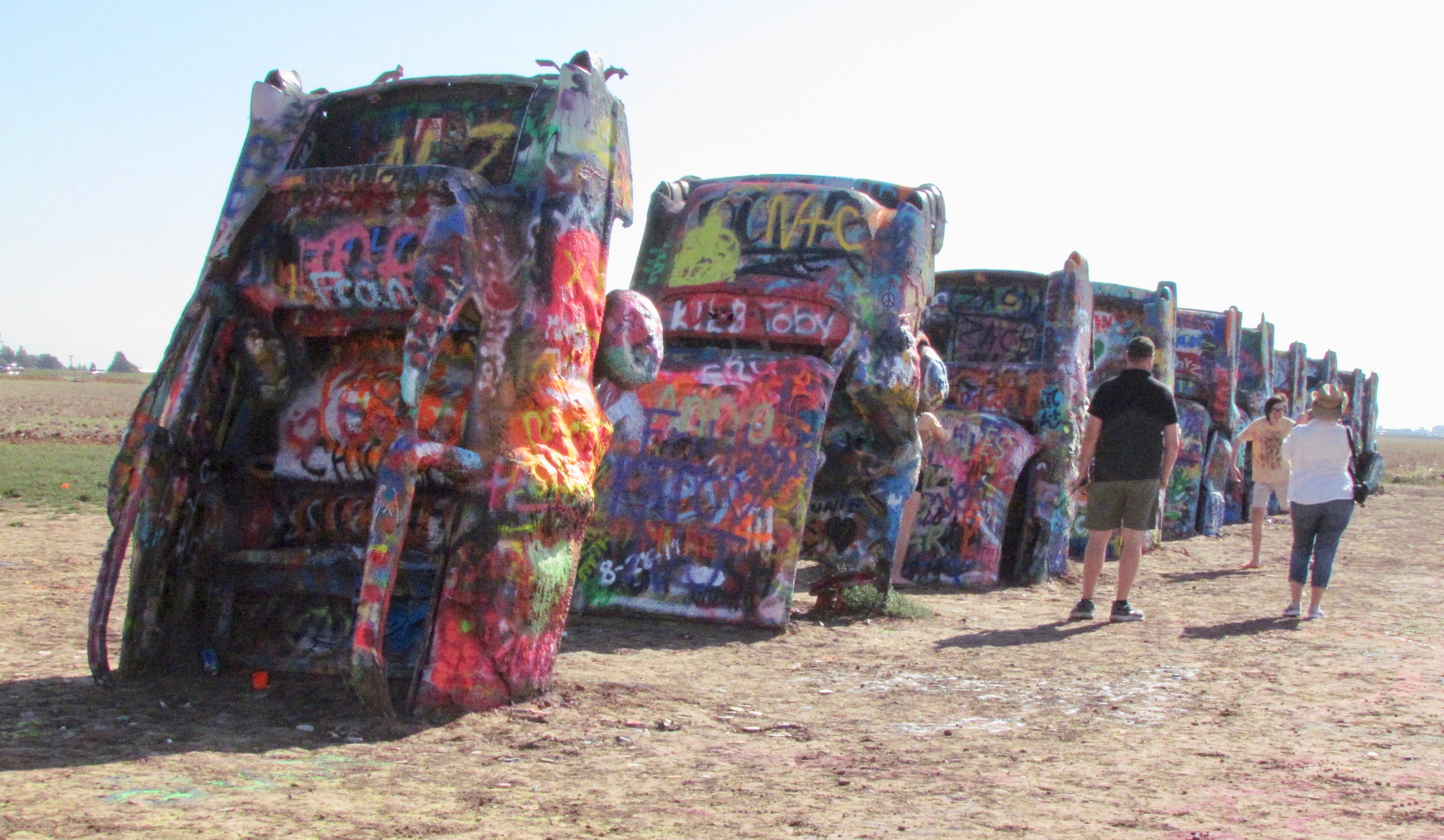 And yet people find this place, people from around the world — you’re likely to hear at least a couple of foreign languages during your visit. Regardless of the time of day, once the sun is up and until it sets there’s a steady stream of people parking along the frontage road and making their way through an unlocked gate designed to allow people through but to keep any wandering cattle in the field and off the roadway.

I’m among those who find myself incapable of simply driving past without stopping during what has become my annual drive from the desert southwest back to Michigan each summer.

The Ranch was planted in 1974, and a few miles to the east of its current location. But the urban spread of the city of Amarillo led to a transplant to this field in 1997, just a few years before my first visit.

Cadillac Ranch not only was an art project from the beginning, it continues to be an artwork in progress because visitors bring spray-paint cans — and leave them for those who haven’t brought their own, so they, too, can add their own artwork on the car bodies.

But I’ve noticed a change in what’s being painted in the years I’ve visited. It used to be symbols (especially peace signs), and designs (hearts remain popular) and various patterns and such.

Now, however, in this age of the cellphone and the selfie, counter-culture has been absorbed by the selfie culture. People now tend to paint their names or their initials — and then photograph themselves with their “art” as though it is proper and even important to leave a memorial themselves at the Ranch.

Which brings us to this: decades after its was planted (and replanted), Cadillac Ranch becomes yet another kind of commentary on contemporary culture, though perhaps not really a welcome one.