There are classic cars for which the word “classic” seems too limited. These are cars that draw an emotional response from even the most jaded of experts. That response can take many forms, but at auctions, it often takes the form of 8-figure bids.

Such is likely to be the case in August as Gooding & Company has announced the inclusion of a 1958 Ferrari 250 GT LWB California Spider for the docket of its Pebble Beach Auction.

“In the world of vintage Ferraris, most would agree that the 250 GT California Spider is in a class of its own,” auction company founder David Gooding says in his company’s news release.

“It is the quintessential open Ferrari, and this example exhibits highly desirable features including covered headlights, Classiche certification, numerous awards, and a unique and stunning color scheme.”

“In late 1957, Ferrari developed a new open 250 GT model for the booming North American market,” the news release continues. “Ferrari’s two most successful and influential dealers, Luigi Chinetti and John von Neumann, impressed upon the factory the need for a simple, dual-purpose 250 GT convertible. The idea was to develop a car that could be driven during the week and raced with success on the weekend.

“The result was the California Spider, a high-performance 250 GT with striking coachwork by Carrozzeria Scaglietti. 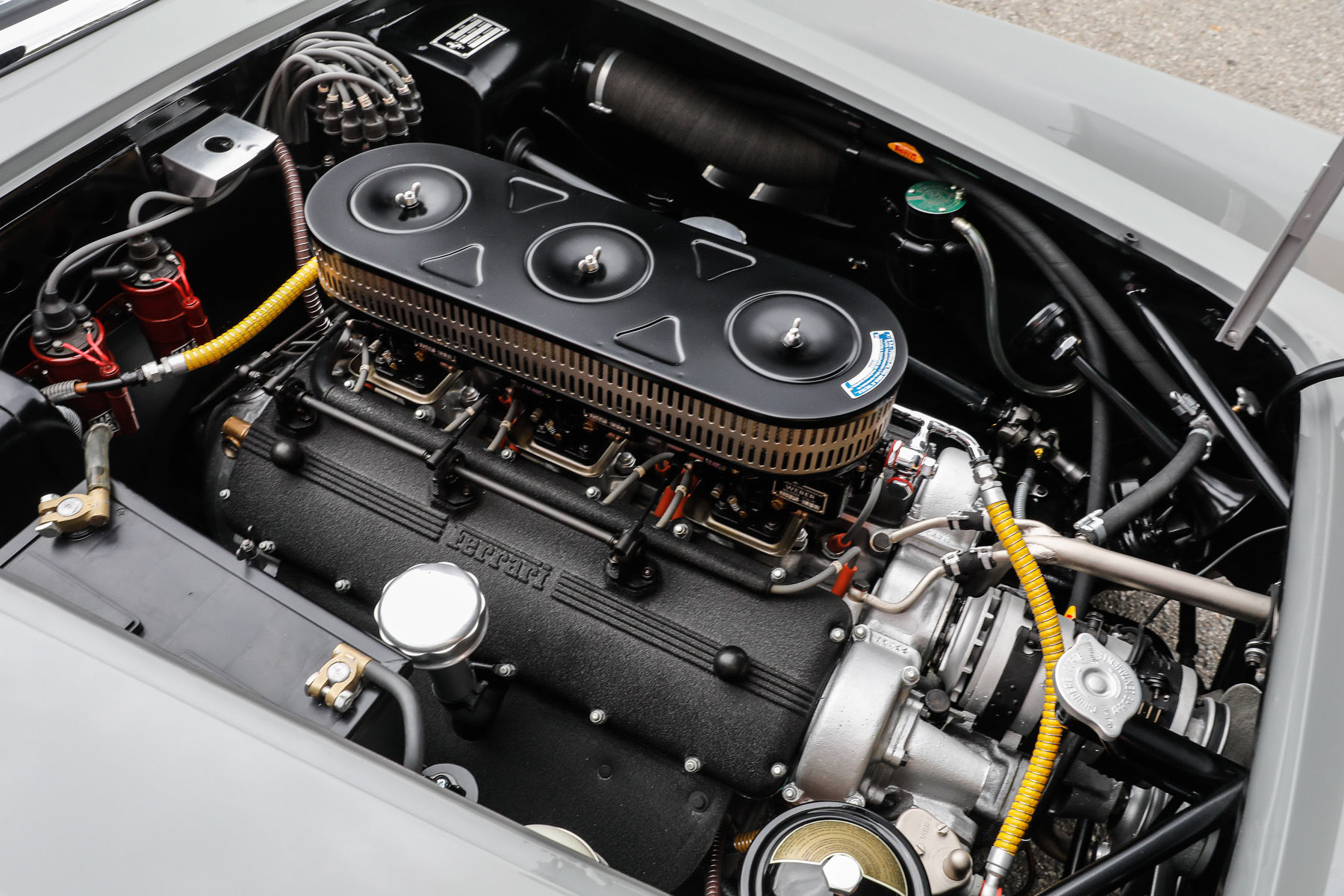 “As its name suggested, the model was aimed at a very specific segment of Ferrari’s American clientele: young, moneyed enthusiasts who wanted a stylish thoroughbred sports car that was equally at home on road and track. Like other high-end European sports cars aimed at the American market, the California Spider featured a racy, swept-back windscreen, minimal interior appointments, bucket seats and a lightweight folding top.”

Over the course of six years, only 106 California Spiders were produced, the final 56 over a shortened wheelbase. The one on offer at Pebble Beach is chassis 1055 GT, the 11th built and delivered to Luigi Chinetti Motors in 1959 and sold new to M. Steven Deck, an attorney in Texas.

Gooding & Company notes that the car competed in Sports Car Club of America races in Florida in 1962 and has an owner history that includes Gerald Roush, founder of the Ferrari Market Letter, as well as collectors Tony Wang and Hans Thulin. 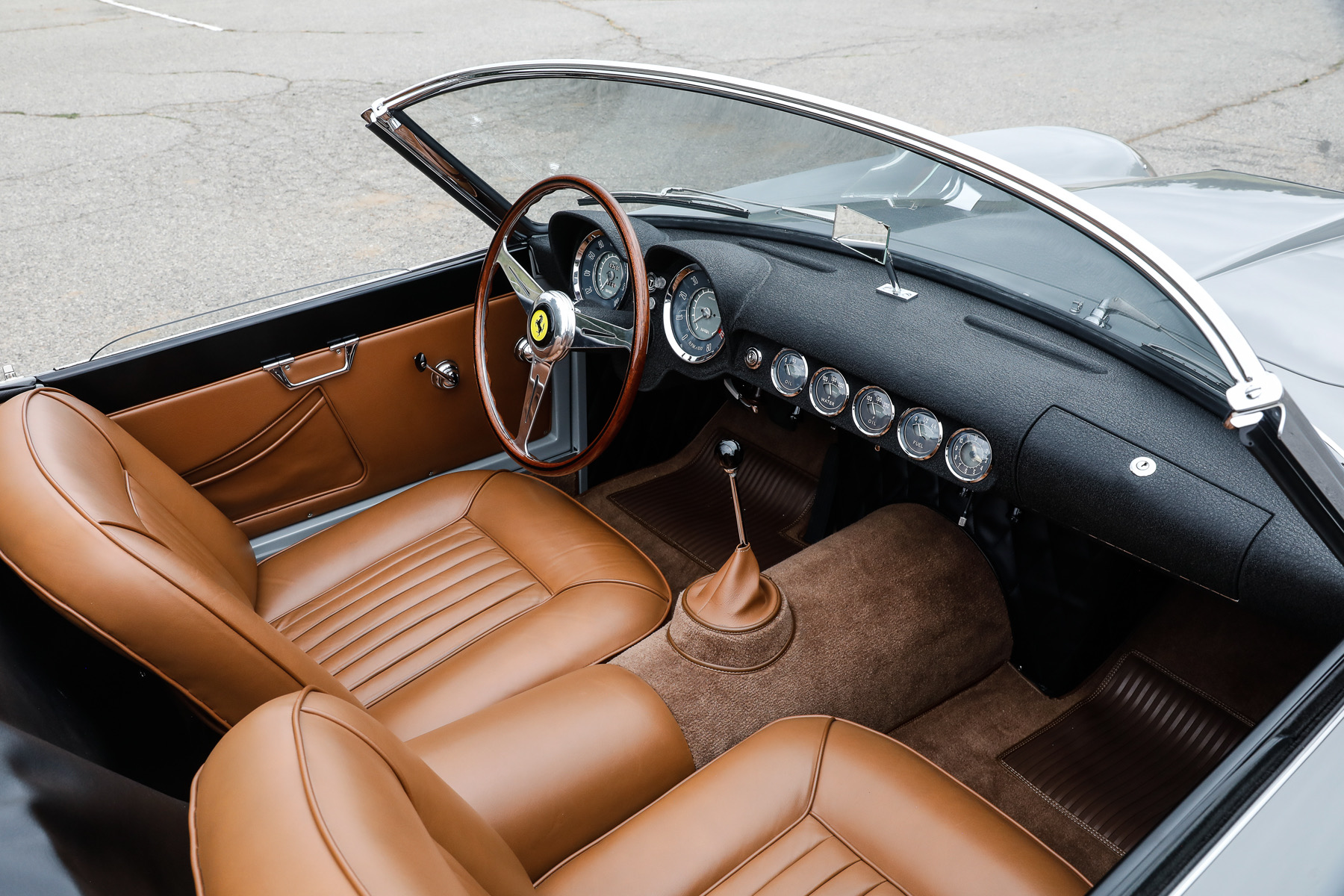 The car’s current owner and consignor had it restored by Ferrari specialist Motion Products Inc. The car wears Grigio Vinovo paint and has brown leather interior. It has won awards at Pebble Beach and the Cavallino Classic and comes with tool kit and Ferrari Classiche Red Book.

Gooding & Company has set the car’s pre-auction estimated value at $11 million to $13 million.

For more information on the auction, scheduled for August 16-17, see the Gooding & Company’s online catalog.