Nick picks his favorites at the 2019 Future Classic Car Show

There were about 200 cars at Sunday’s Future Classic Car Show in Scottsdale, Arizona. When I was asked to write this article, only one thing came to mind: “This is going to be tough.”

The show, which is in its fourth year, only allows cars produced later than 1975 to enter, which coincides perfectly with my love of wedge-shaped cars from the 1980s. How could someone ask me to narrow down so many awesome cars to just this short list?

Before I get to my list, I have to say there were a lot that just barely missed the cut. Many owners I spoke with have done really amazing things with the next generation of classic cars, and I’m excited to see the future of the hobby.

OK, that’s out of the way. Now, here are my favorite cars at the 2019 Future Classic Car Show: 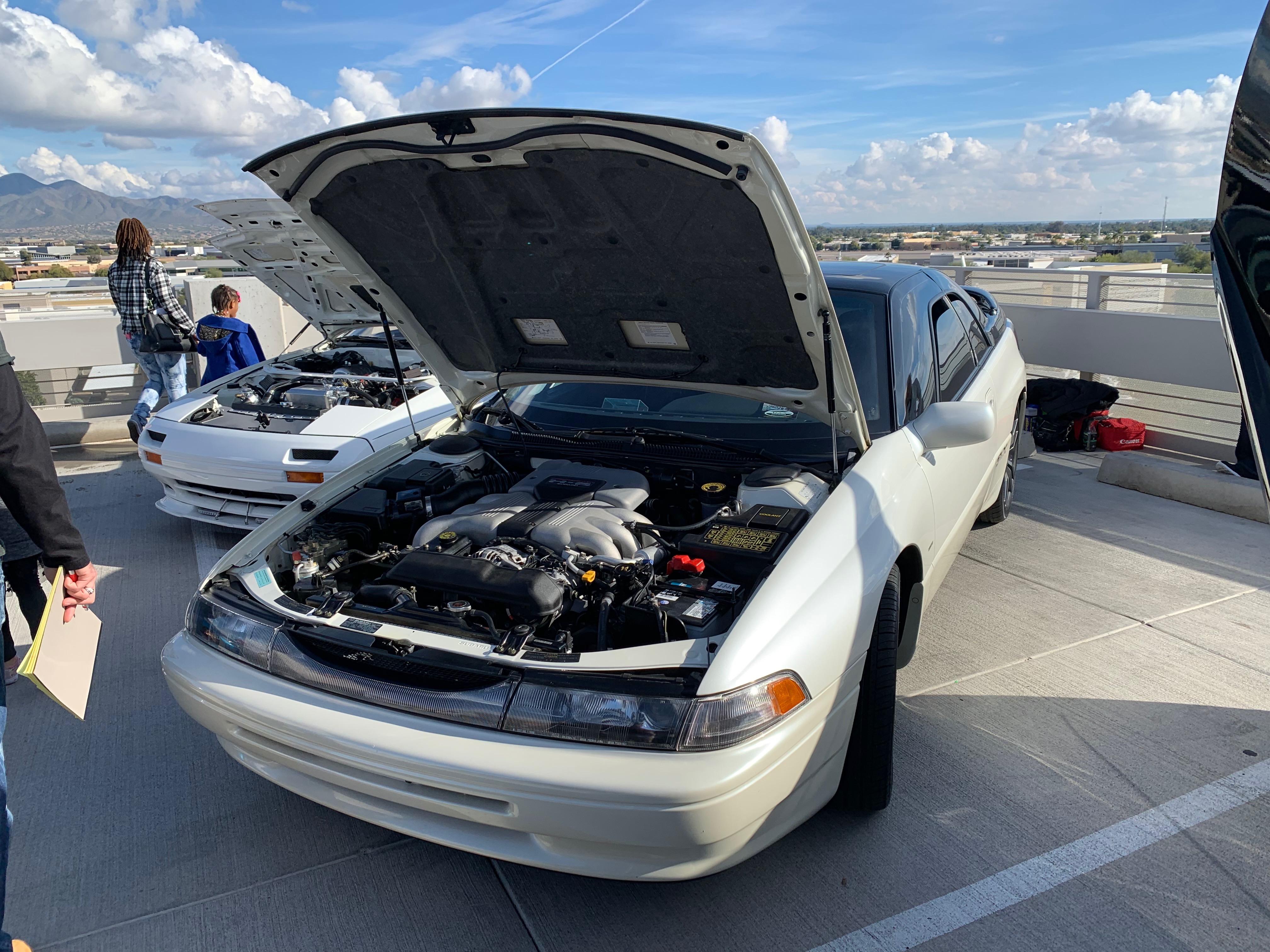 This car, imported from Canada, was one of the coolest I’ve ever seen – not just at the show, I mean in general.

If you haven’t heard of them, the SVX was basically Subaru’s first attempt to break into the luxury performance car market. They were designed by Italian designer Giorgetto Giugiaro and marketed as a concept car that was actually produced, including the window-within-a-window design on the driver and passenger doors.

Interestingly, this one actually had a decal on the side featuring Giugiaro’s name, something I’d never seen before. I’ve always liked these because, well, they’re just weird and I find that super cool. 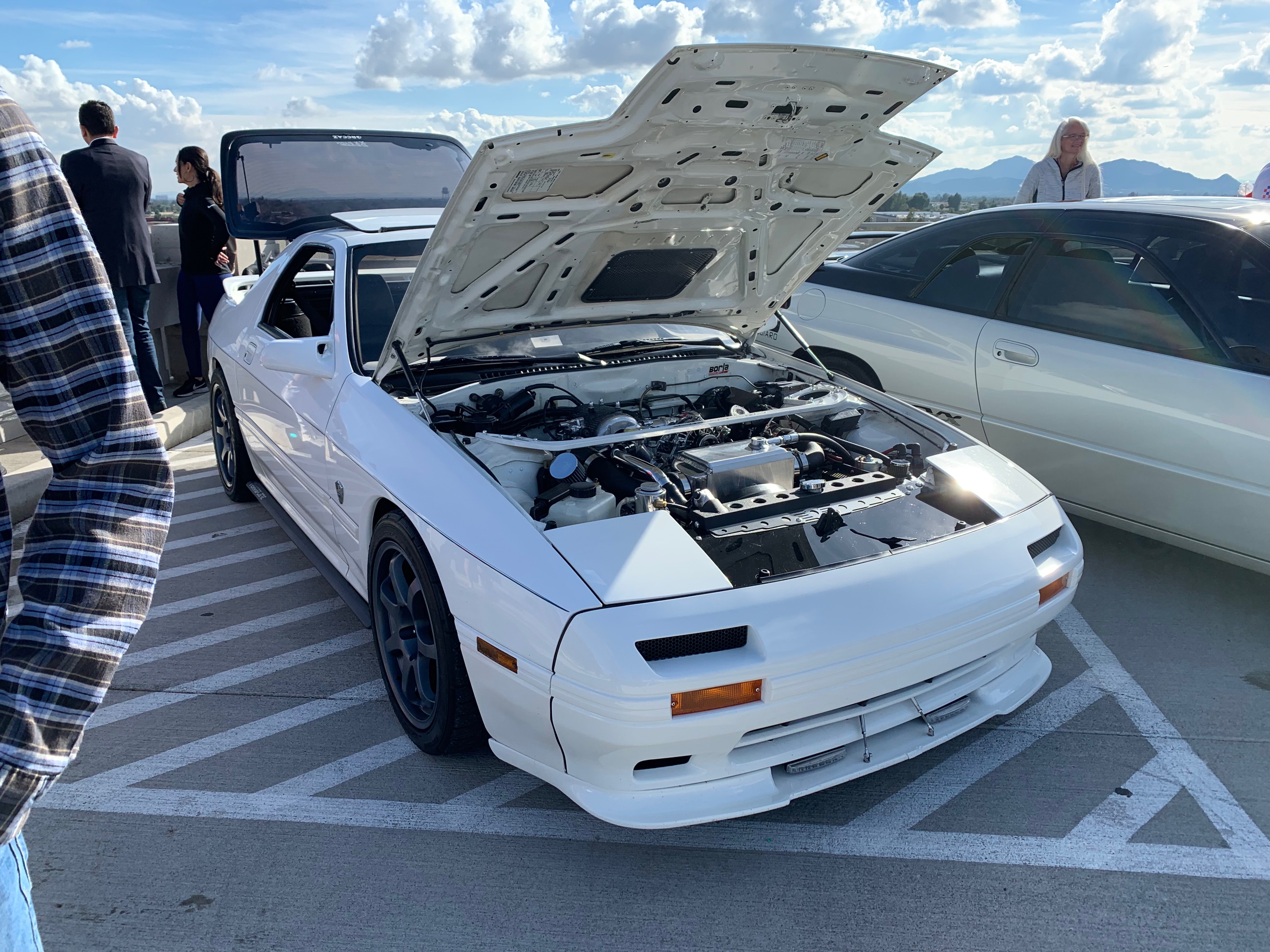 Parked right next to the SVX was a white Mazda RX-7 that had some custom work done and, after all, who doesn’t like the ‘80s RX-7?

The current owner said he bought it straight from Mazda after it was repossessed from the original buyer in 1991. He’s kept it ever since and said it “makes a lot of neat noises.” I love that.

This car deserved more attention than it got and is bound to be a classic convertible we’re going to see more of over the years. It has a magnetic ride system and 320 horsepower, which the owner said makes it super fun to drive.

I didn’t get to take it for a spin (I really should have asked) but I loved the look of the custom-cut rims paired with the dark blue paint. 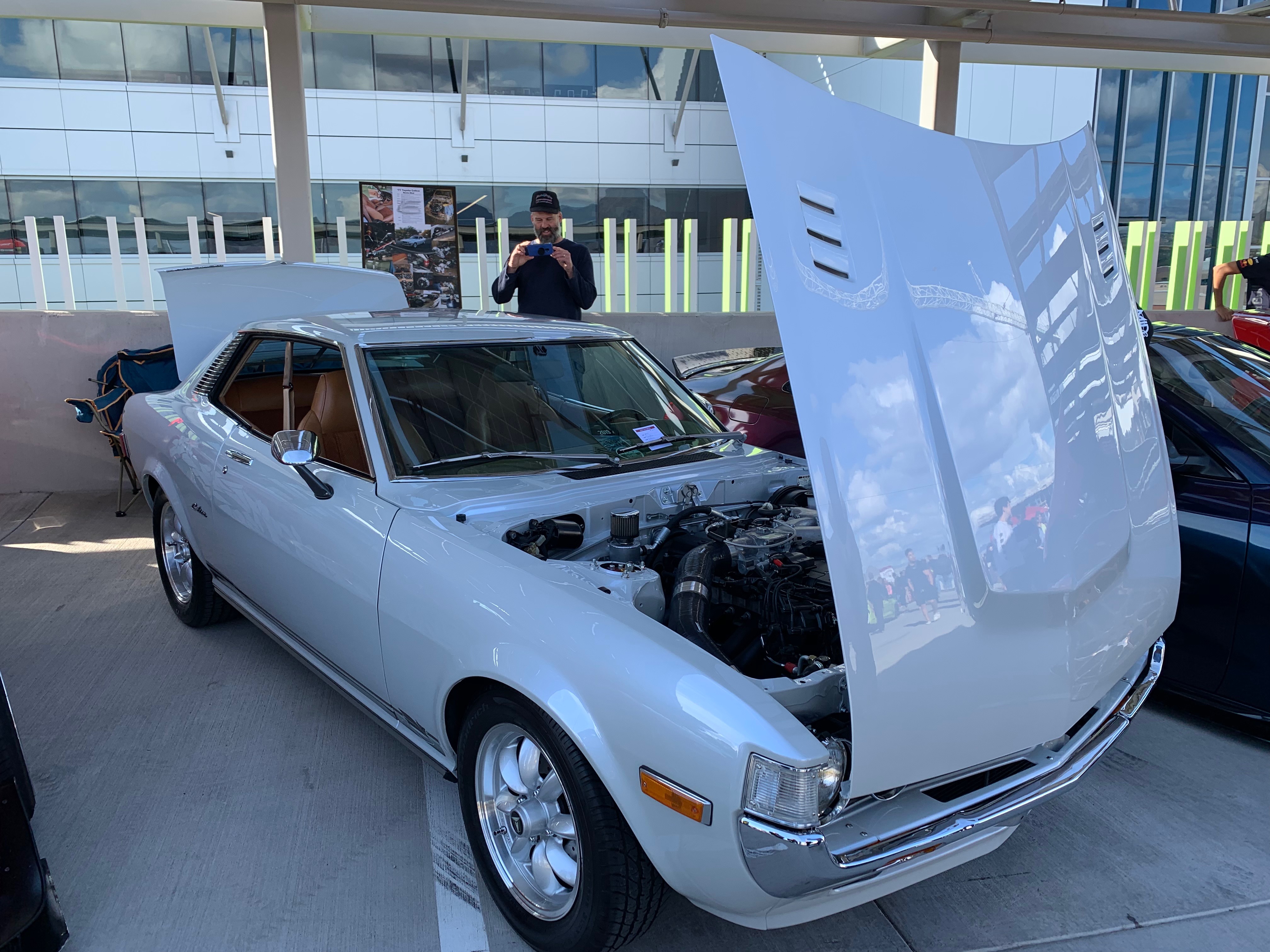 There’s only one way to describe this car: dreamy.

The restomod had all sorts of custom work done, including a sourced inline-6 engine swap from a JDM Toyota and a great-looking paint job. I mean, look at it. It’s fantastic. 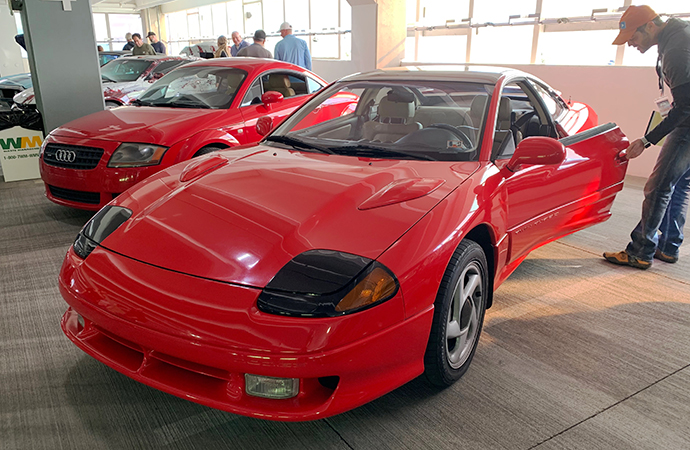 If I were going to take home any car I saw at the Future Classic Car Show – even including the SVX – this would be it. It’s just a great car.

I’m slightly more partial to its sister car, the Mitsubishi 3000GT, but the Stealth has those ‘90s design touches that are really cool and I’d imagine the twin turbo would be great to drive. 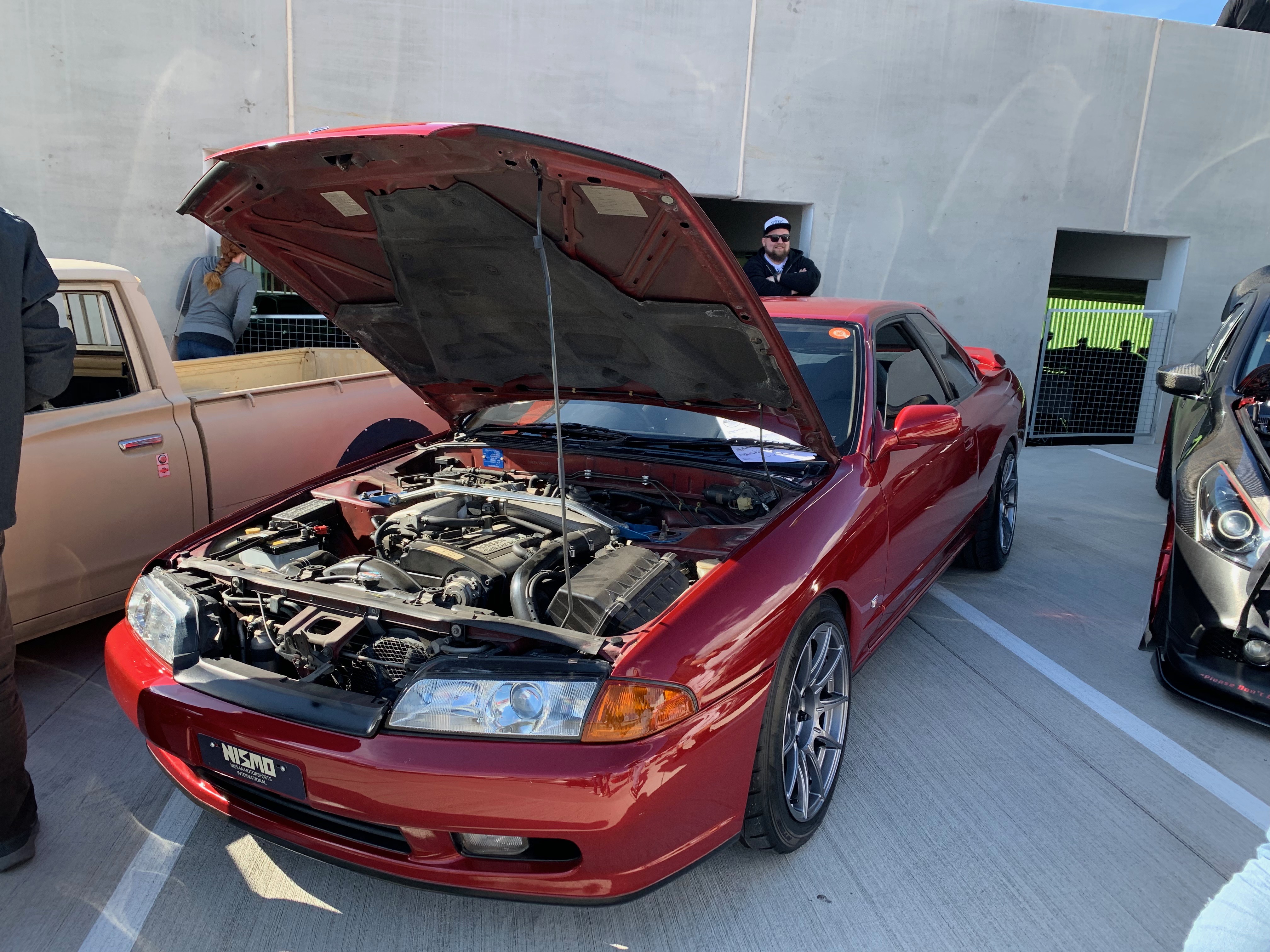 To me, the Skyline has always been a near-perfect unicorn. It’s the car so many tuners fall in love with, not only because they perform when it counts but do so with great classic style.

The fastback look of the car is a great fit for simple spoilers. When I would draw cars as a kid, this wedge shape is what they would look like. 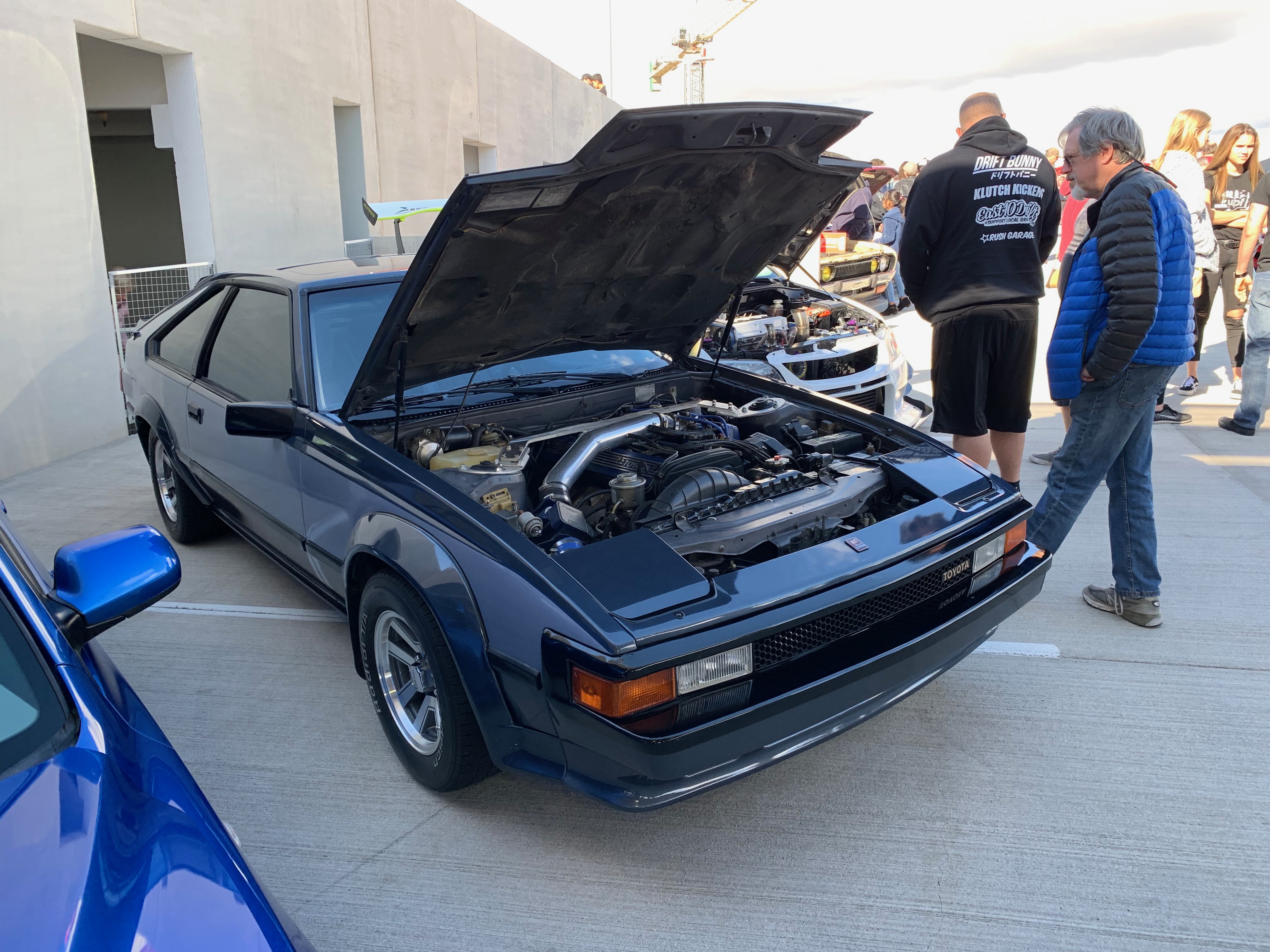 Yes, this car has the wedge look that I love, but this car made my list for a different reason: family.

My sister had one that was very similar. I remember sitting on her lap when I was little and “driving” down the street with her and thinking I was the coolest kid on the block. It’s a memory I’ll never forget and isn’t that what makes cars so special?

Nick Calderone
Like most of you, Nick has loved cars as long as he can remember. Every toy had wheels, every poster had an engine and fun came from anything he could ride or drive. The passion for everything that goes started with a five horsepower go-cart and a little Honda Z50 motorcycle and has never slowed. He's rebuilt an '86 Nissan 300ZX which he regretfully sold to get into off-road travel when moving to Arizona 18 years ago. Currently, the coolest thing in Nick's garage is his 1971 Honda CB350 motorcycle, a wedding gift from his wife to replace the one he had as a teen in rural New Jersey. Nick will tell you he's an automotive enthusiast not an expert. His interest in cars and motorcycles is driven by memories and emotions that these awesome machines of freedom and expression evoke. In his free time you'll find him venturing off on one of his motorcycles, camping with his overland trailer or maybe just catching an F1 race. You can see Nick nearly everyday of the week on his nationally syndicated TV show RightThisMinute.