In 1953, Buick was celebrating its 50th anniversary as a company. As part of the celebration, they introduced a new top-of-the-line model based on the Roadmaster convertible, called the Skylark. An example is this 1953 Buick Skylark convertible offered by Barrett-Jackson at its upcoming auction.

Designed by Ned Nickles, a protégé of Harley Earl, the Skylark had almost the exact same dimensions as the Roadmaster but shared only a few common elements. The majority of each car was assembled by hand, requiring top-level craftsmanship and engineering. 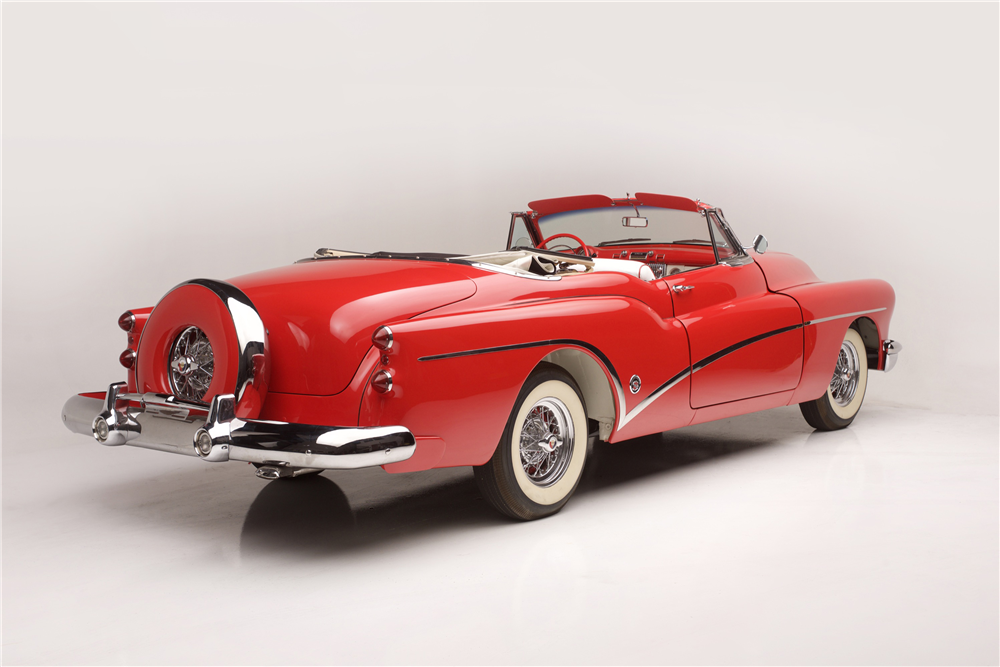 The Skylark featured several firsts for Buick, including the new 322cid Nailhead V8, backed with the Twin Turbine Dynaflow transmission and a 12-volt electrical system. All of this, combined with a long list of standard options, pushed the Skylark to an MSRP of $4,596, making it the most expensive American luxury car of the time.

This particular Skylark was the recipient of a full restoration, finished in the color combination of a Matador Red exterior with two-tone red and white interior. It features classic whitewall tires with chrome spoke wheels, and a Continental kit on the rear rounding out the classic style of the car. 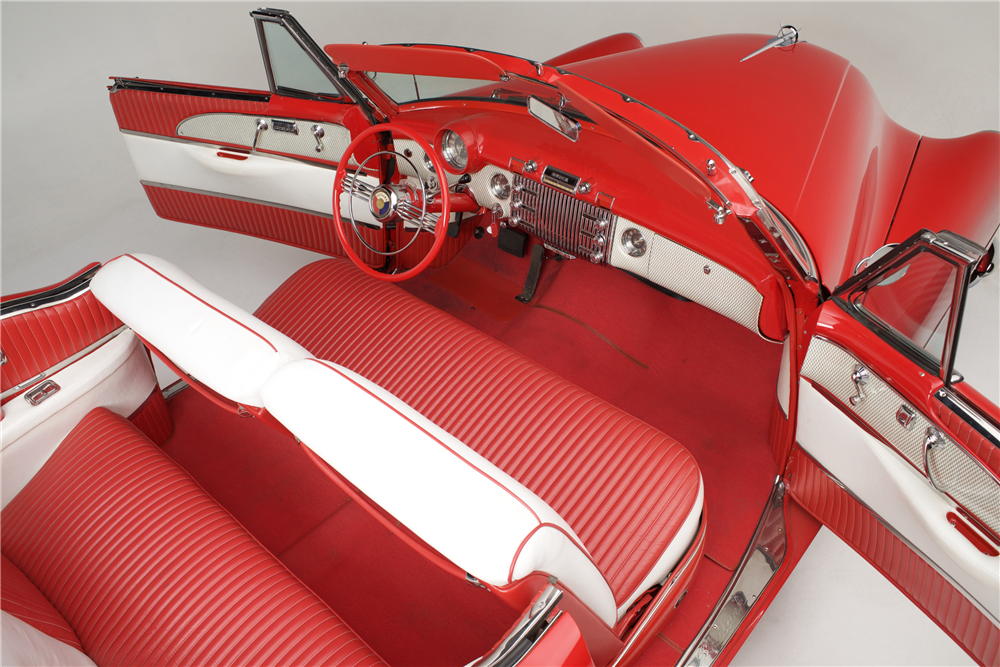 It has power brakes and steering, with a white power convertible top. This car is a great example of design from the golden age of automotive style.