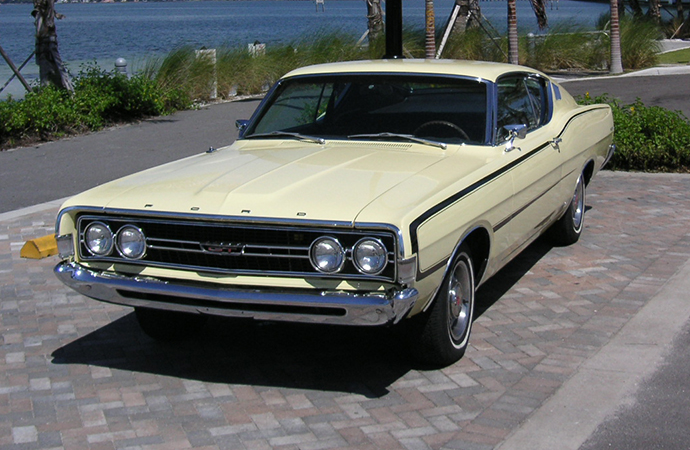 Editor’s note: As a way to celebrate Father’s Day, we posted every story we received as part of our Collecting Cars, Collecting Memories contest. Thank you to all who submitted.

My mother and I were poor and I had a job as a stock boy in a department store in Hollywood, California. I used to take the bus to work everyday after school.

One day, a friend of the family, Ray, told us he was selling his car. Ray was a good looking former professional baseball player my mom had dated in the late 1960s. They met at a laundromat on Christmas Eve in 1965. My mother invited him over for spaghetti dinner.

She was a beautiful Italian woman who came to America at age 12. Their romance didn’t last, but they remained close friends and Ray would visit often.

I had no contact with my real dad and Ray became a surrogate father figure for me. Whenever I needed advice, especially about girls, I would ask his opinion. I looked up to him.

He had a dream car, a 1968 Ford Torino GT Fastback. It was red-orange with a white interior. It had a 390ci engine, an automatic transmission, a center console and bucket seats. He wanted $1,500.

I never bought the car. Instead, I bought a 1966 Plymouth Barracuda for $300. It had a slant 6 engine and got good gas mileage but was beat up.

One day, the engine caught fire on the freeway and the car was totaled. Like your first love, I never forgot the Torino. As I’ve grown older, I realized that life is too short and you should always live your dreams.

I recently bought this beautifully restored 1968 Torino GT. I drive it often and it gets attention wherever it goes. It’s so rare that people ask me what it is.

What I really like about it is the simplicity of design and its very clean lines. I love the fastback and the way it handles. It has only 77,000 original miles and drives like new.

For me, the car represents a simpler, freer more elegant time. It’s art on wheels.

Question of the Day: What is your favorite memory of working on cars with your dad?