Will the third time prove the charm for Silver Auctions Arizona?

In August 2017, after 20 years in business, Mitch Silver sold his three Arizona auction dates to Emmett Rice, who had established one of the first publicly traded new car dealership groups, which he eventually sold to pursue his car-collecting passions through a vintage car dealership in Amarillo, Texas.

The new Silver Auctions Arizona had only a few months to get ready for its first sale in November, and then only a couple more months before their first Scottsdale Auction Week effort in January.

It’s been only a couple of months since then, but with the experience gained in November and January, the Spring Sale taking place today and Saturday at Wekopa resort and conference center at the Fort McDowell casino facility in Fountain Hills, just east of Scottsdale, seems to be unrolling smoothly and will offer up nearly 250 vehicles for bidding.

Headlining those cars is a stunning and low-slung 2012 McLaren MP412C in Volcanic Orange.

Another highlight vehicle is a 1958 Chevrolet Yeoman station wagon customized by a group of military veterans and being sold to support the Jerry Ambrose Veterans Council in Kingman, Arizona.

Both of those cars are among those I’d want to take home from the sale: 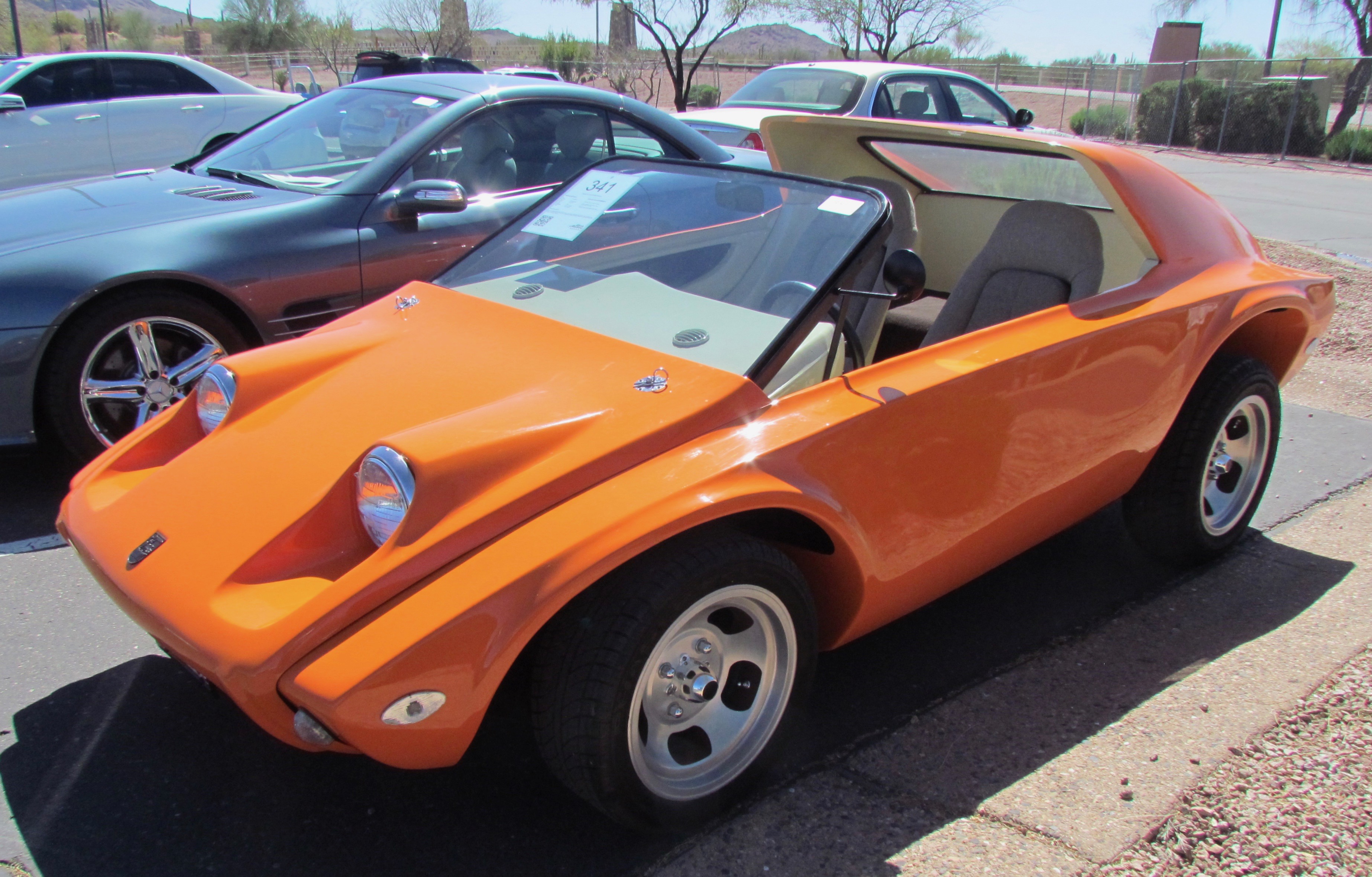 Touted as a very-early production version but a newer restoration, this 1970 VW Manx SR2 street buggy in Vibrant Orange looks like it would be a lot of fun for zipping around town or perhaps even along a hard-packed beach, well-traveled desert trail or forest road. The odometer shows 23,427 miles. SR was short for Street Roadster, reportedly done by B.F. Meyers & Co. with some inspiration from the Porsche 914. 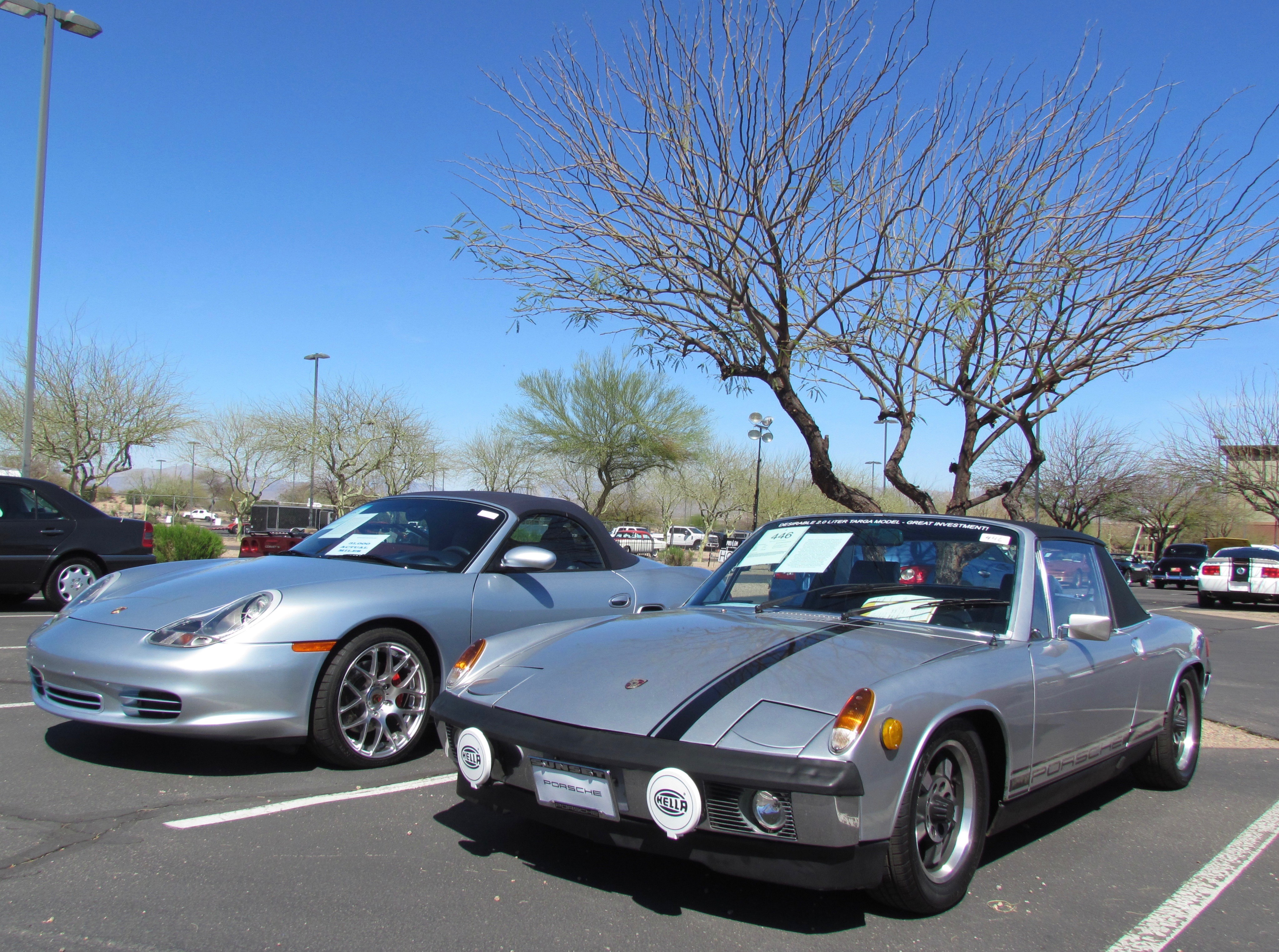 Speaking of the Porsche 914, not only is there one on the docket, a late-production and nicely restored 1975 model, it’s parked right next to another car it could have inspired, a 2003 Porsche Boxster. The Boxster reportedly has been driven only 31,000 miles since new and is a lifetime Arizona car that still has “ice-cold” air conditioning. 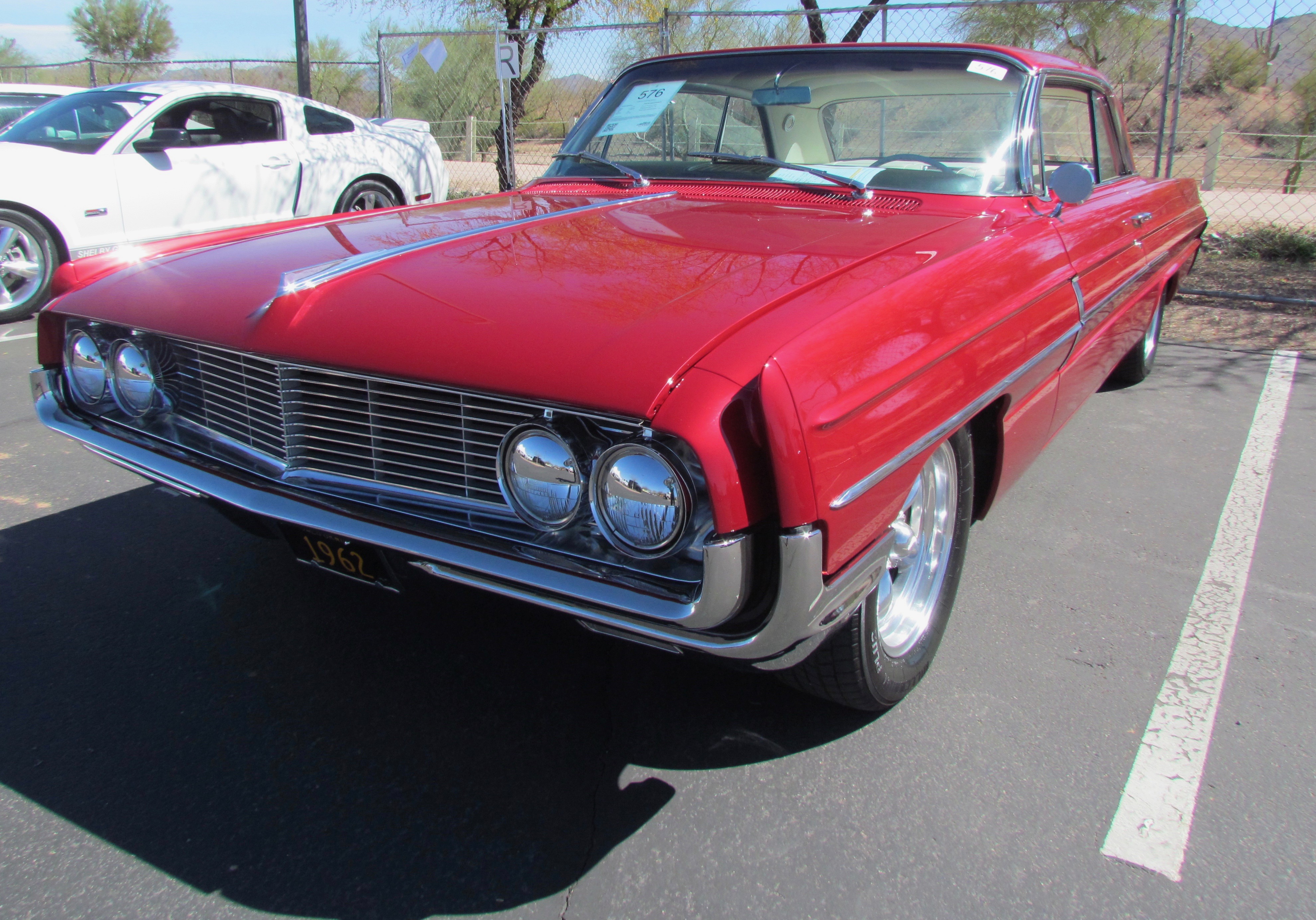 The auction house notes that this ’62 Olds was ordered with top-of-the-line white-leather Starfire interior as well as chromed components for its 394cid V8. Assembly was done at GM’s plant in South Gate, California. I like the coupe in its red shade and have always been fascinated by the sculptural sheet metal and the way the nose emerges from between the front fenders. 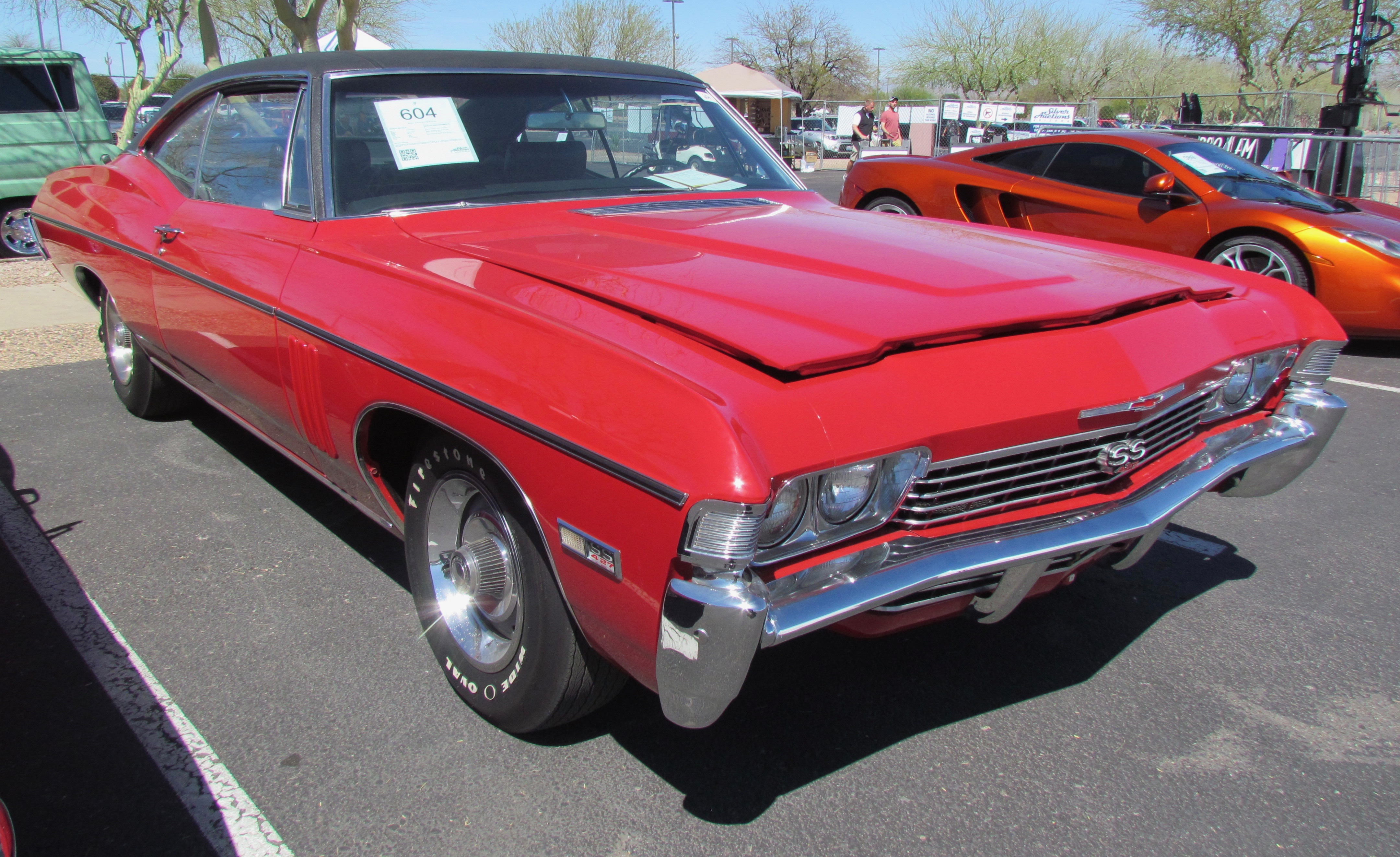 Here’s another large and impressive ‘60s coupe, a 1968 Impala SS that comes with a numbers-matching 427cid V8 as well as power steering and brakes. Yes, it has a vinyl top, but that really doesn’t distract from its stance and style. 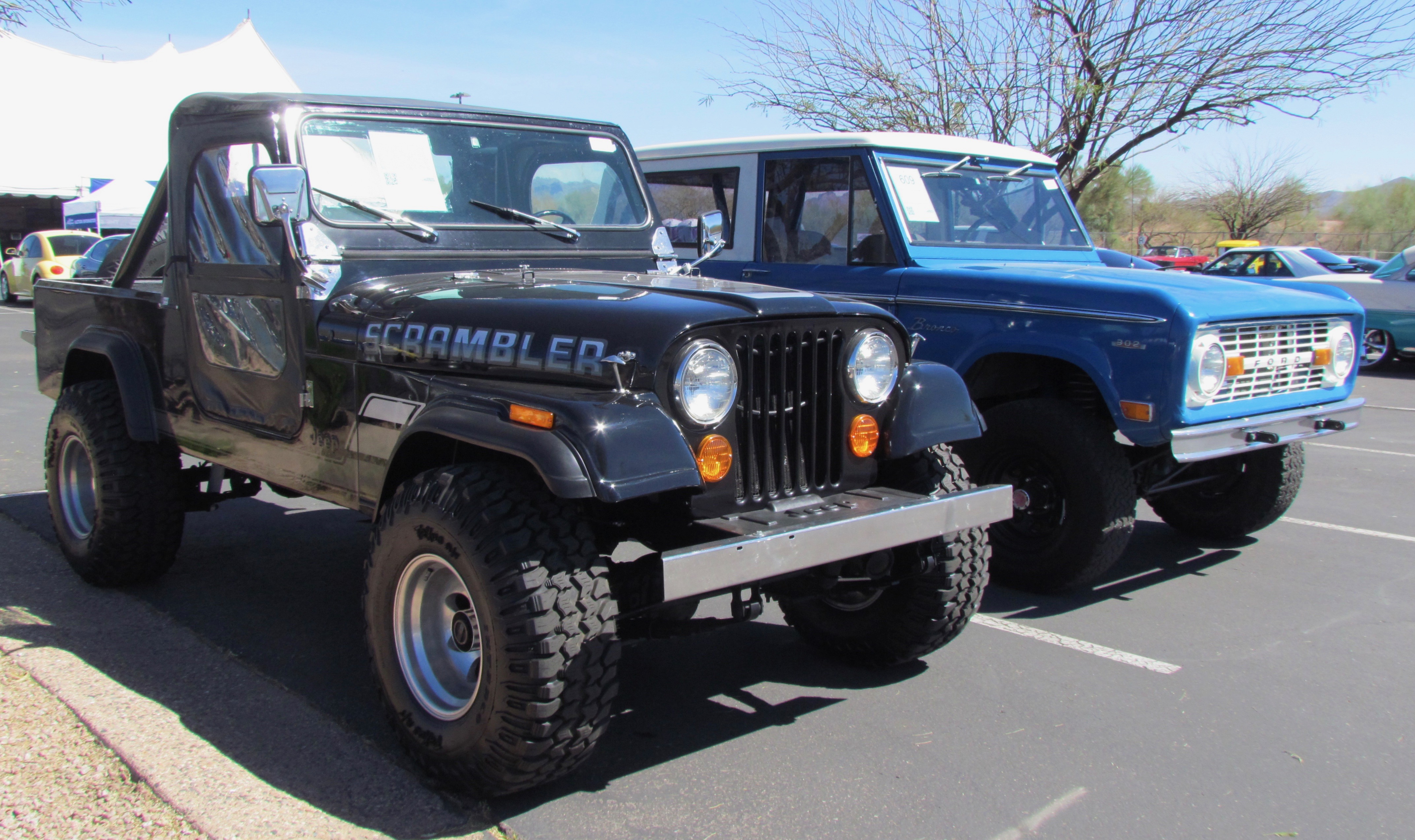 Two blasts from the past that are going back into production are the 1963 Jeep CJ-8 Scrambler and the 1969 Ford Bronco, which makes me wonder which of these parked-beside-each-other might have the most value as a collectible. I suppose it depends on whether you’re into the Jeep or Bronco brands. The Bronco is powered by Ford’s 302cid V8 while the Jeep draws on a Chevrolet small-block V8 for its propulsion. You can take your pick, but mine would be the Bronco. 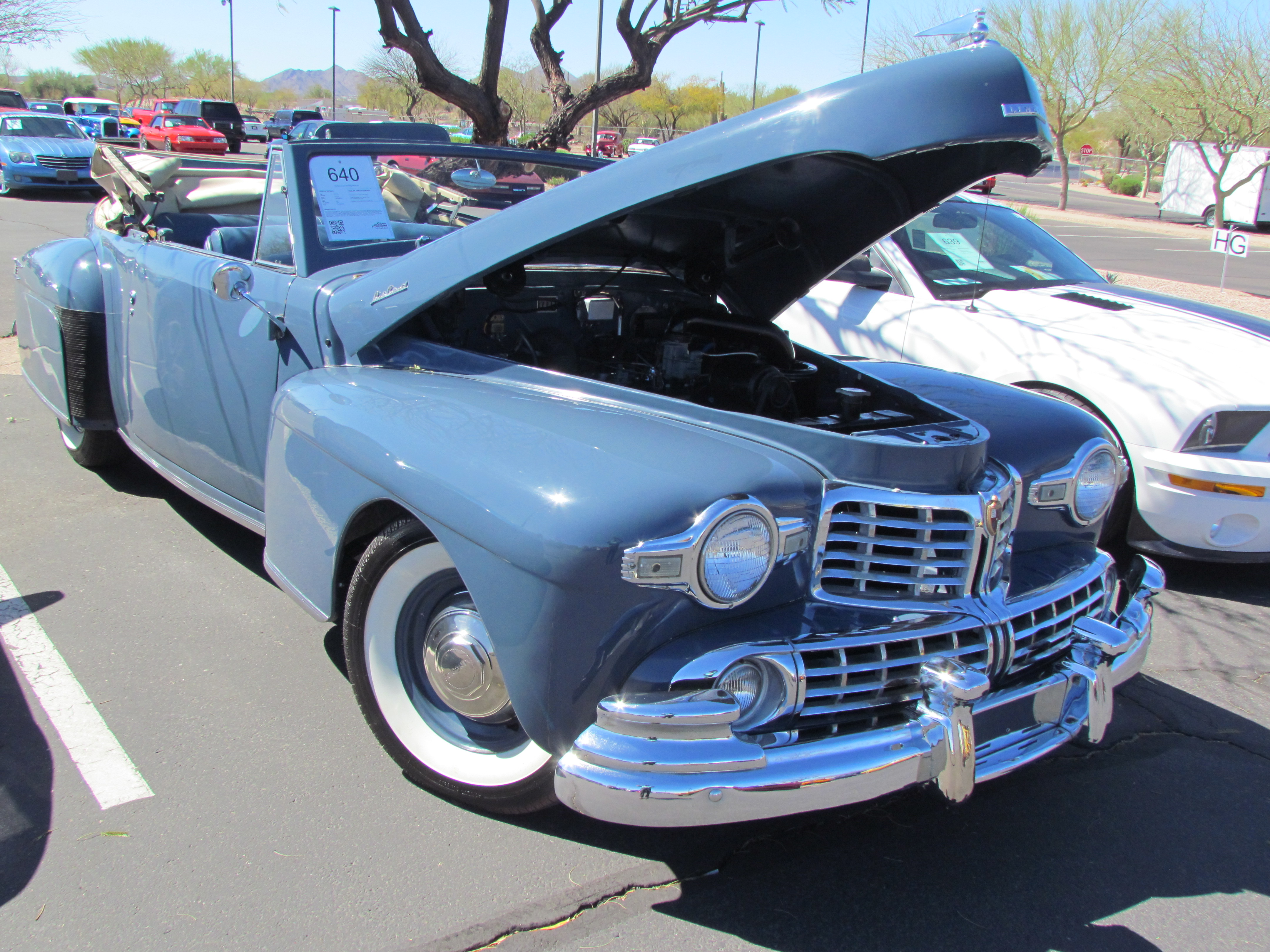 Placed into storage in 1986, this survivor Continental, one of only 384 such convertibles built that model year, has a V12 engine. Not restored, but it does have new tires, fender skirts and ashtrays for those sitting in the back seat. 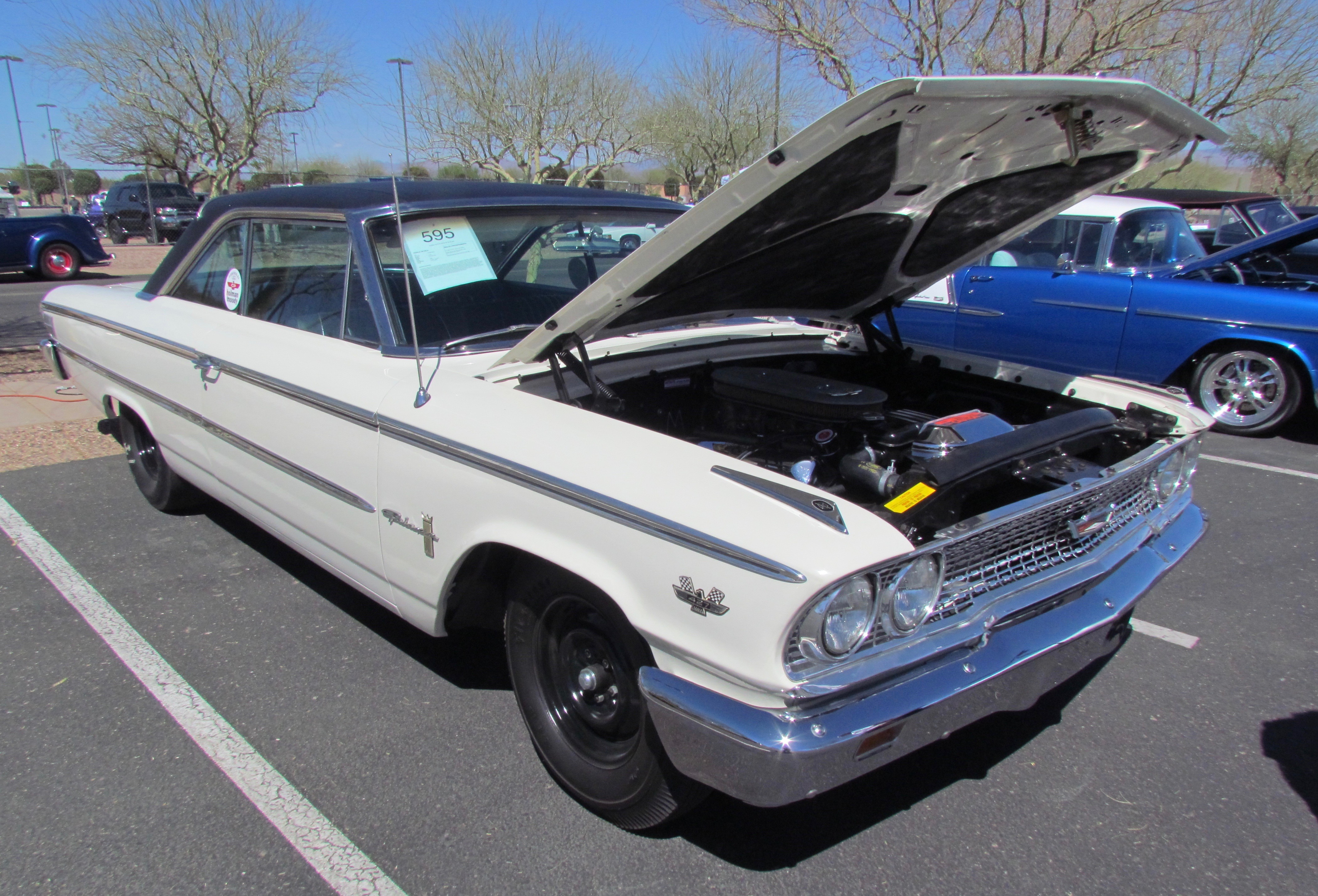 And not just any ’63 Galaxie but an R-Code 427/4-speed prepared by Holman Moody for drag racing. The consignment report says the car has been driven regularly since being “freshened up.”

Donated by a veteran and customized by a group of veterans working at Street Rods by Dowdy in Dolan Springs, Arizona, this 1958 Chevrolet Yoeman is being sold with all proceeds going to the Jerry Ambrose Veterans Council based in Kingman, Arizona. The Ambrose council recently has been given the former Mohave County Assessor’s office and is raising money to provide housing for 22 homeless veterans in Arizona’s high country where the winters can be bitterly cold. “A hand up not a hand out” is the Ambrose motto. The car has been customized with such features as a small-block 350cid V8, gray tweed interior, wood cargo floor and retro-style radio. 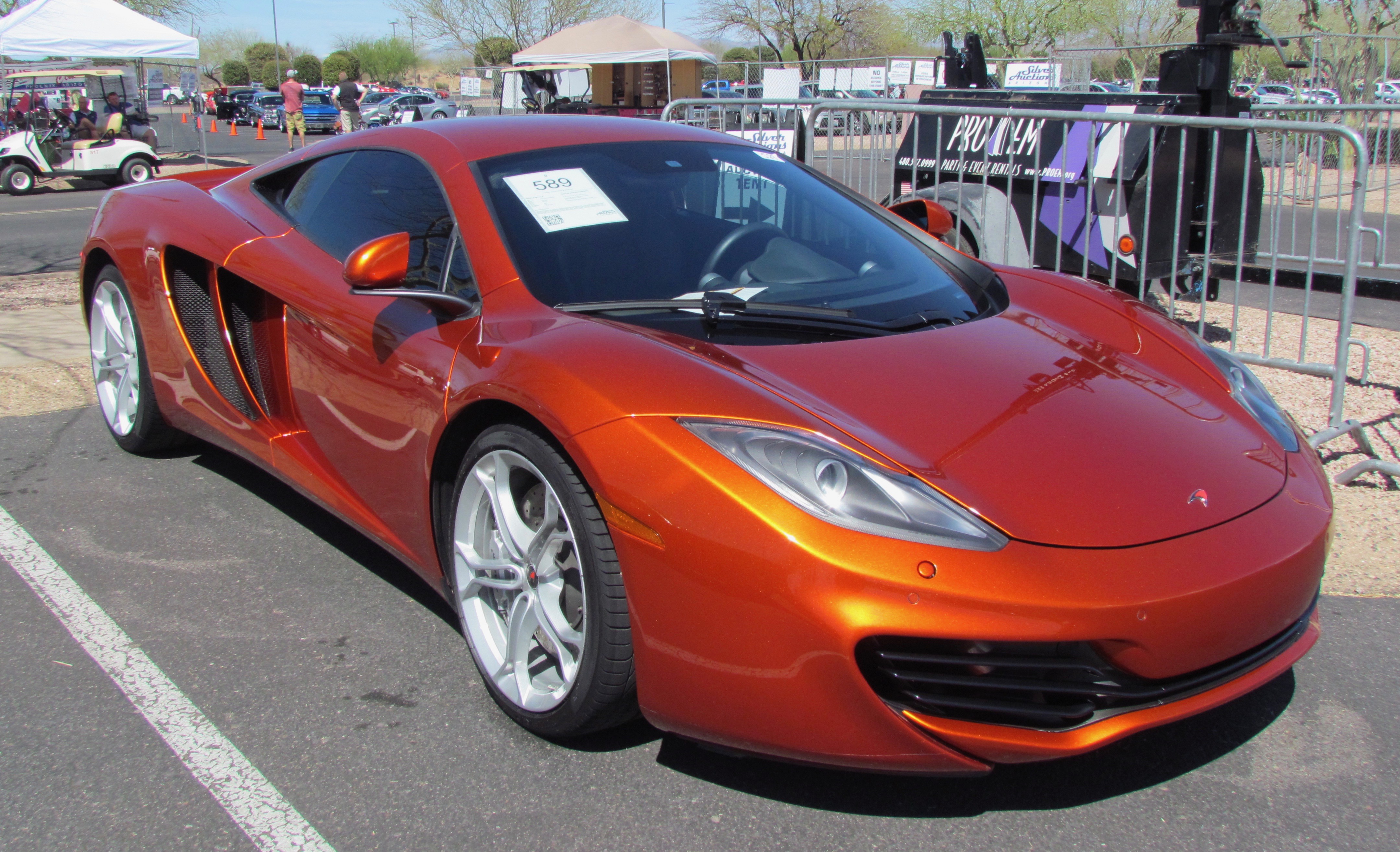 Driven less than 7,000 miles since new, this 2012 McLaren not only looks great in Volcanic Orange but likely runs that way since its 3.7-liter twin-turbocharged V8- has been upgraded to McLaren 620 specification. The car is being sold with a radar detector, which likely would come in very handy.