What Bob wants to take home from Gooding’s Florida auction

Porsches, Porsches everywhere. That’s how it felt while strolling around the Gooding & Company Amelia Island preview Thursday ahead of today’s collector car auction.

Thirty-eight of the Gooding cars are Porsches, out of a total of 88 that will cross the block. And not just any Porsches but an impressive lineup of early 356s, including a couple of cool barn finds; 911s ranging from the ’60s through the latest supercars; and some completely awesome race cars, such as a spectacular 1990 962C formerly raced by Brun Motorsport.

“The Porsche market is really strong and we’ve always believed in it,” auction founder and chief executive David Gooding told me. “There’s always been a strong following here in Florida, especially during Amelia.”

Gooding noted that the other auctions taking place during the week before the Amelia Island Concours d’Elegance have followed his auction’s lead and boosted the percentage of Porsches among their offerings.

“We were the first to say, ‘Let’s have more Porsches’,” he said.

So in picking out the cars I’d like to take home from Gooding’s Amelia Island auction (money being no object, naturally), I gravitated toward the great selection of the sports cars from Stuttgart, which are always a favorite whatever the circumstances. Six of the cars I chose are Porsches, which is just a slightly higher percentage than for Porsches at the Gooding sale. 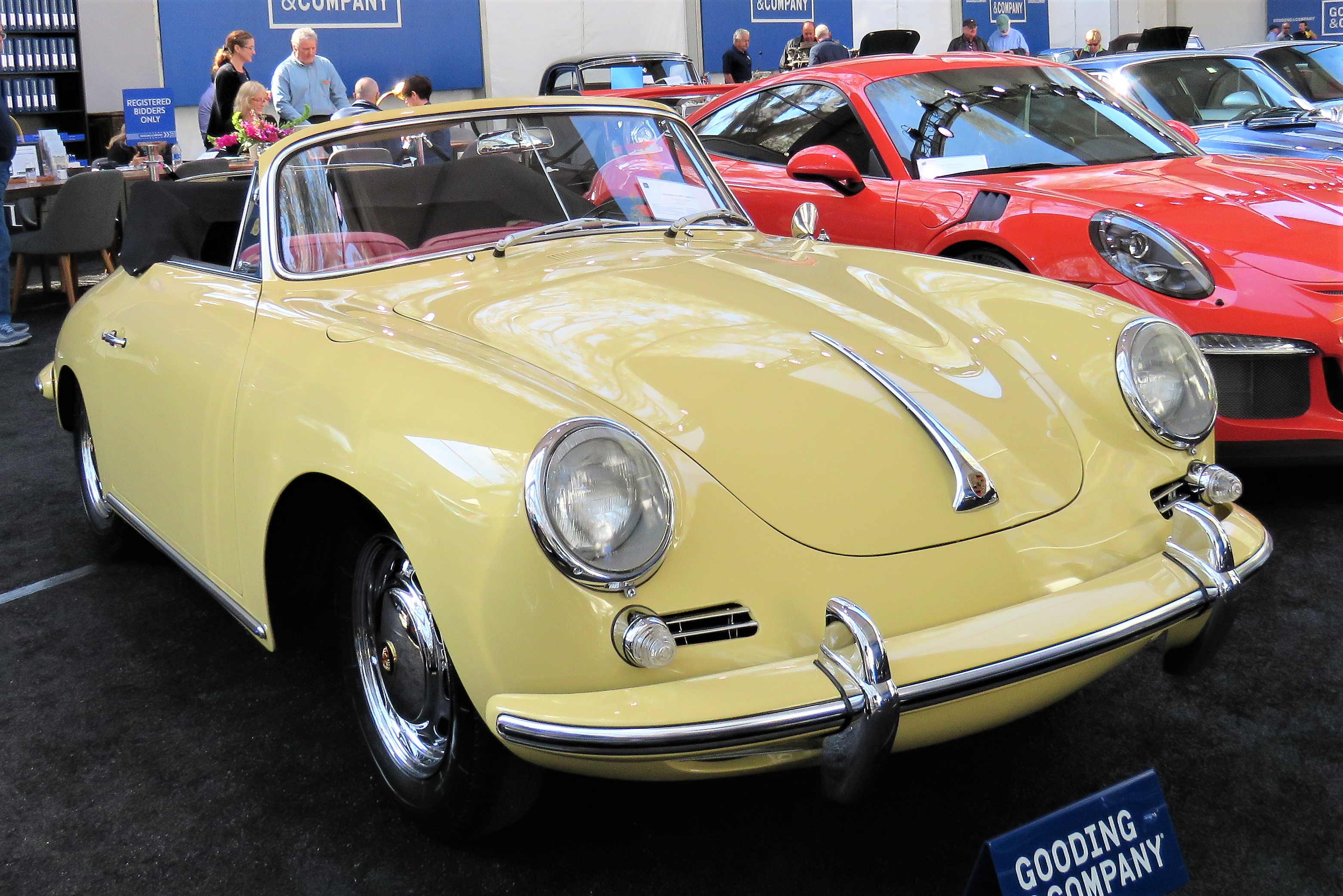 The last year of the original Porsche models, refined and mechanically improved over the years (although many prefer the styling of the earlier cars), this ragtop looks terrific in pale yellow with a red interior. This one also has the very unusual feature of dealer-installed air conditioning. 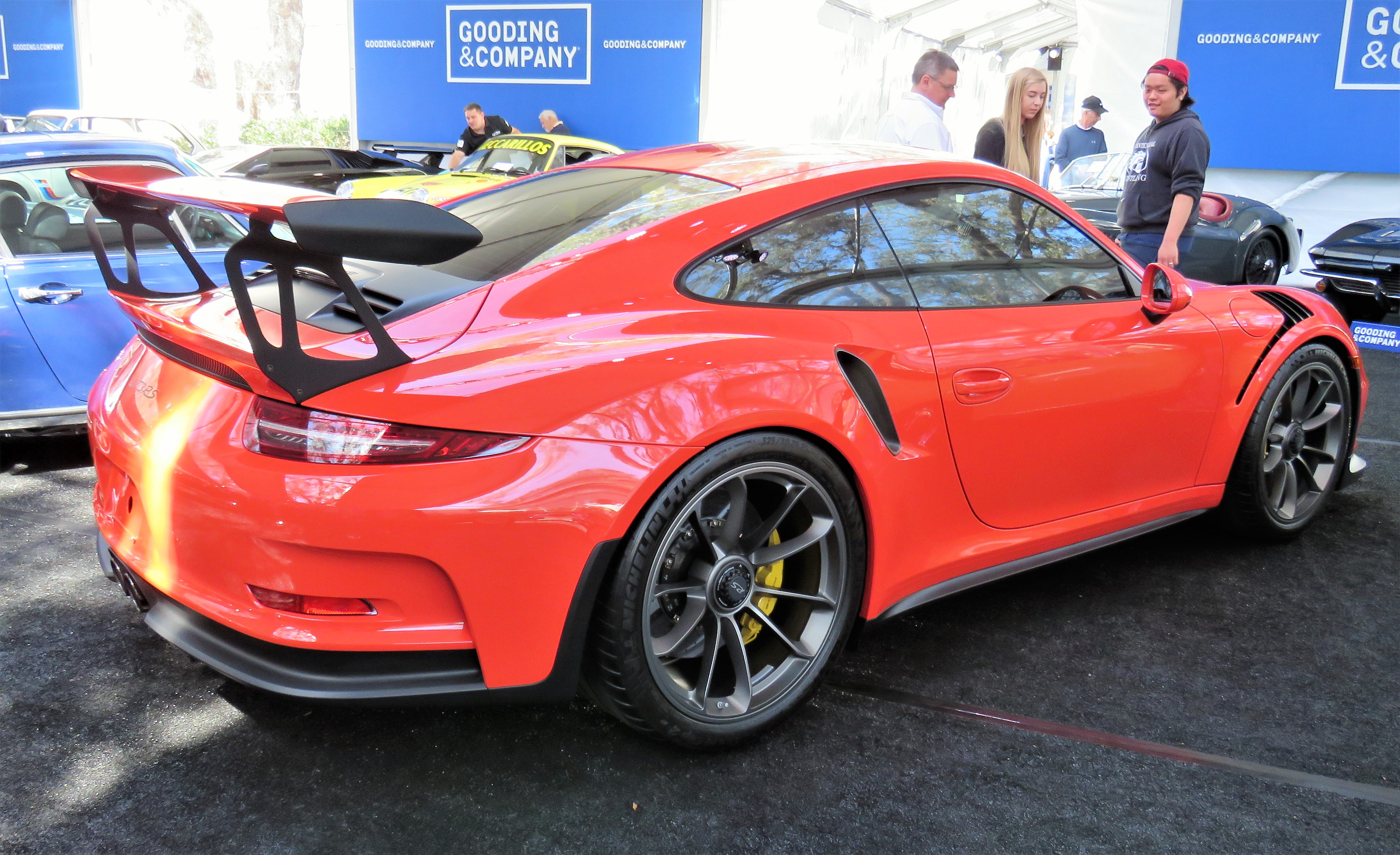 Here’s a totally different sort of Porsche from the previous one, a 500-horsepower beast that’s all business, radio delete and air-conditioning delete, because who needs those frills in an ultra-exotic sports car with such stunning performance, whether on the race track or the highway. 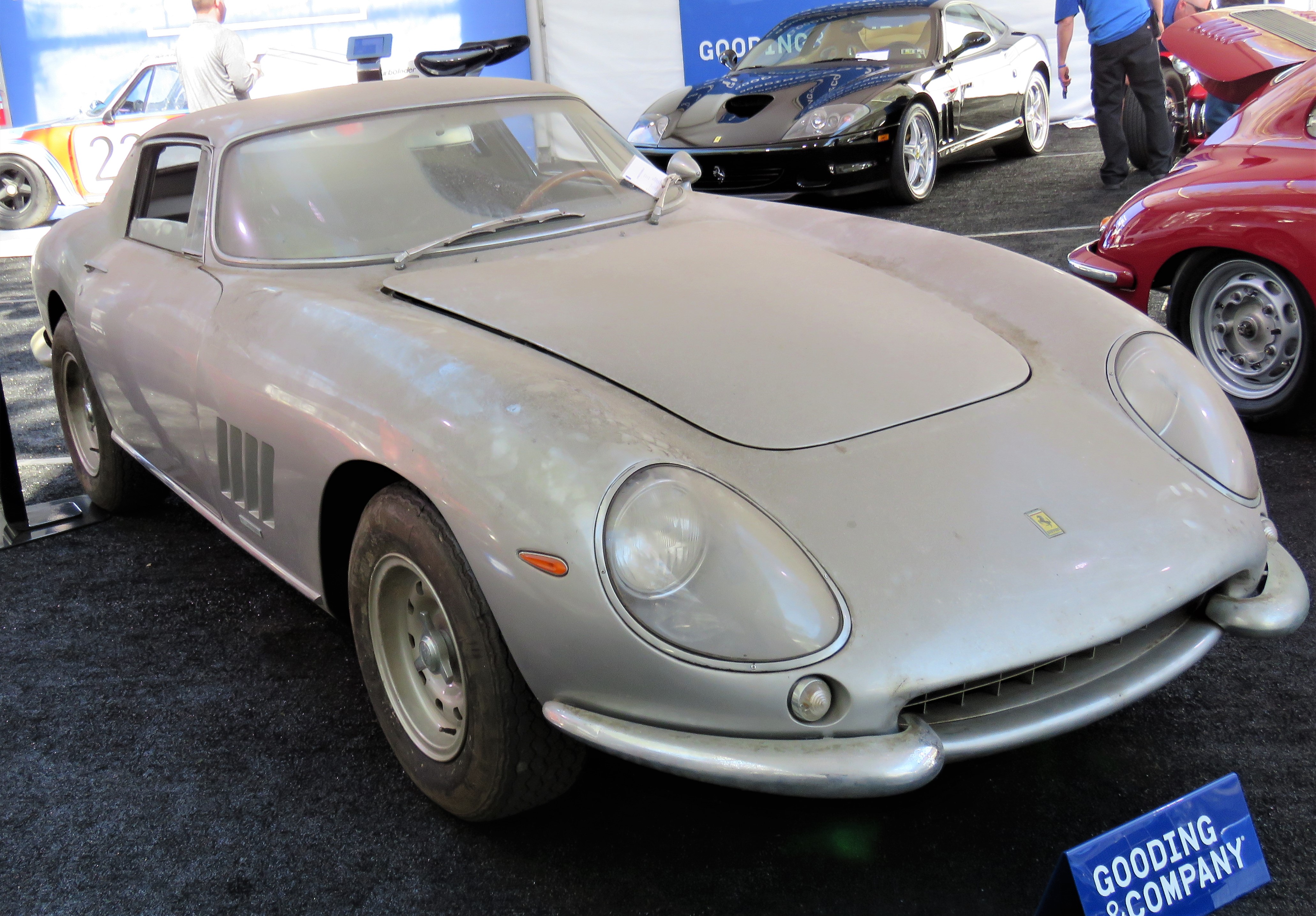 Now here’s a spectacular barn find, this rare V12-powered Italian thoroughbred parked in a garage untouched for a quarter century alongside a 1967 Shelby 427 Cobra roadster. I’m not usually a barn-find guy, but this Ferrari seems particularly stirring, standing covered in a layer of dust and dirt in the Gooding tent, still side-by-side with the Cobra, also still coated with crud. 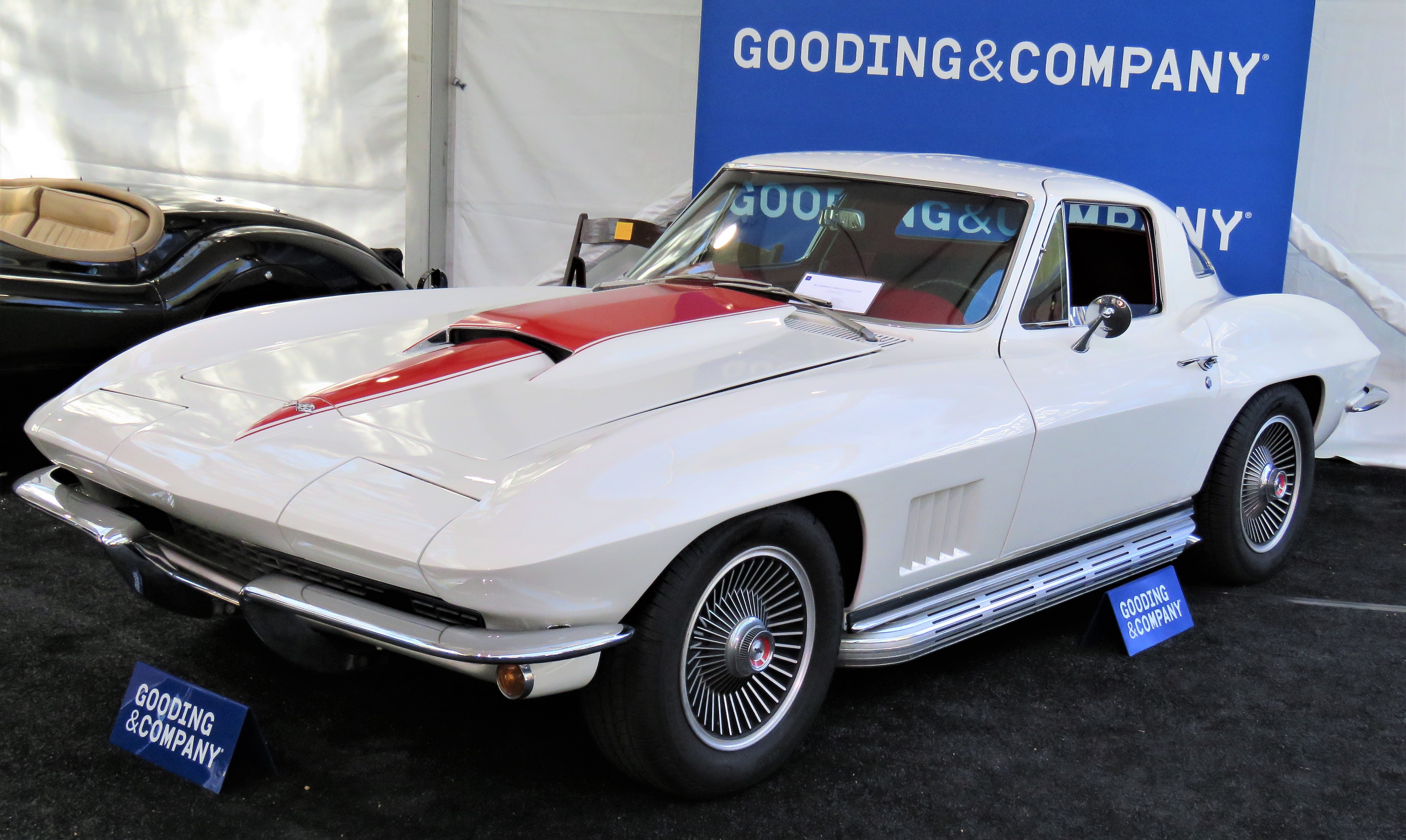 This Detroit beauty has been driven just 38,000 miles, and it looks to be in wonderful condition. And who doesn’t love a Sting Ray fastback? I actually prefer this version of the ’67 Vette over the more-notable 427cid models because I think they drive better with the lighter small-block V8 up front. This one also has a desirable four-speed manual. 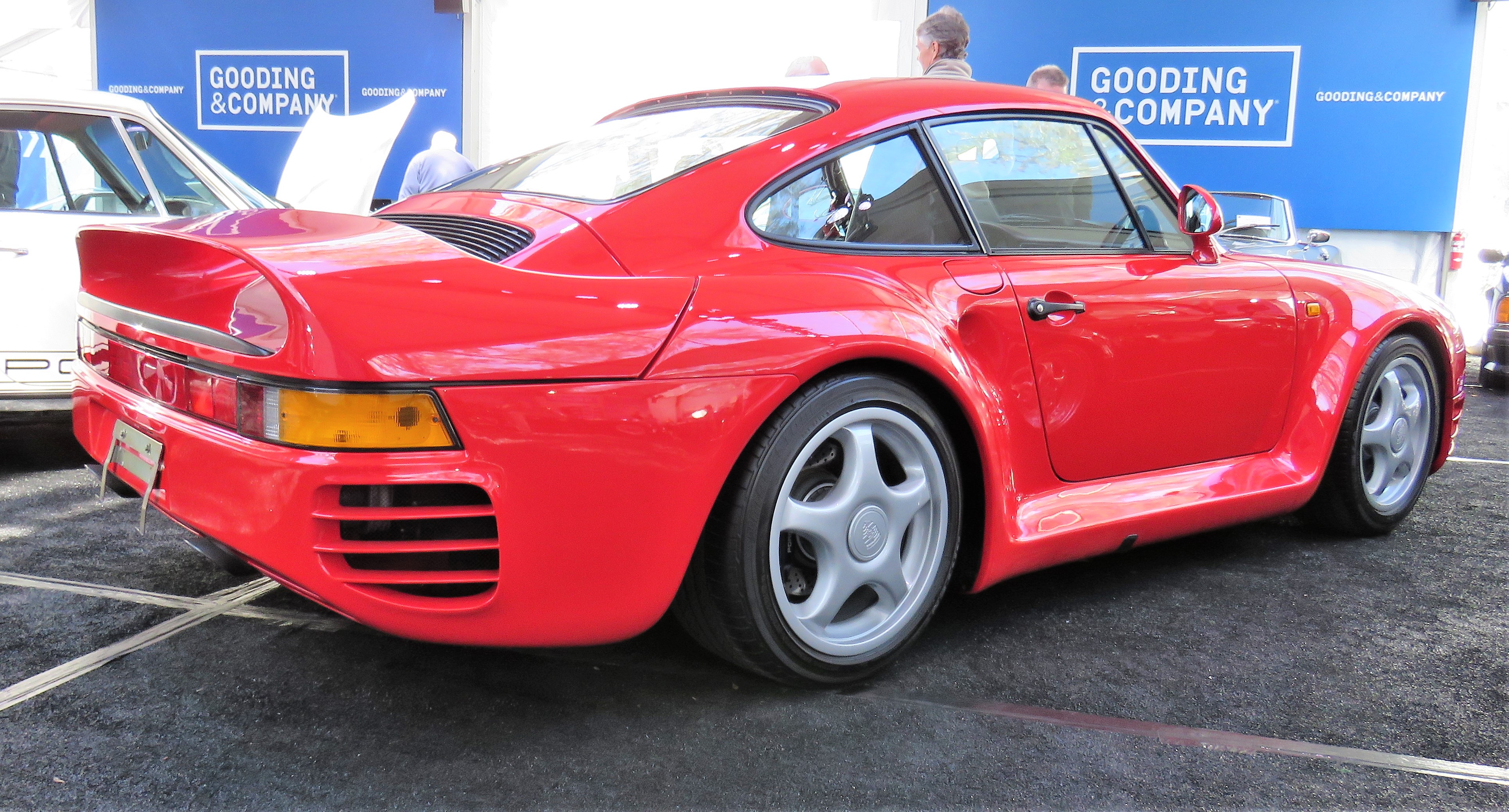 While we’re on the subject of performance, the all-wheel-drive 959 is arguably the greatest supercar of the 1980s. The twin-turbocharged flat-six engine cranks out 450 horsepower, enough to make this a formidable competitor. This one is a Komfort street version, as opposed to Sport, showing fewer than 7,400 kilometers; it spent most of its life on display at a museum in Japan. 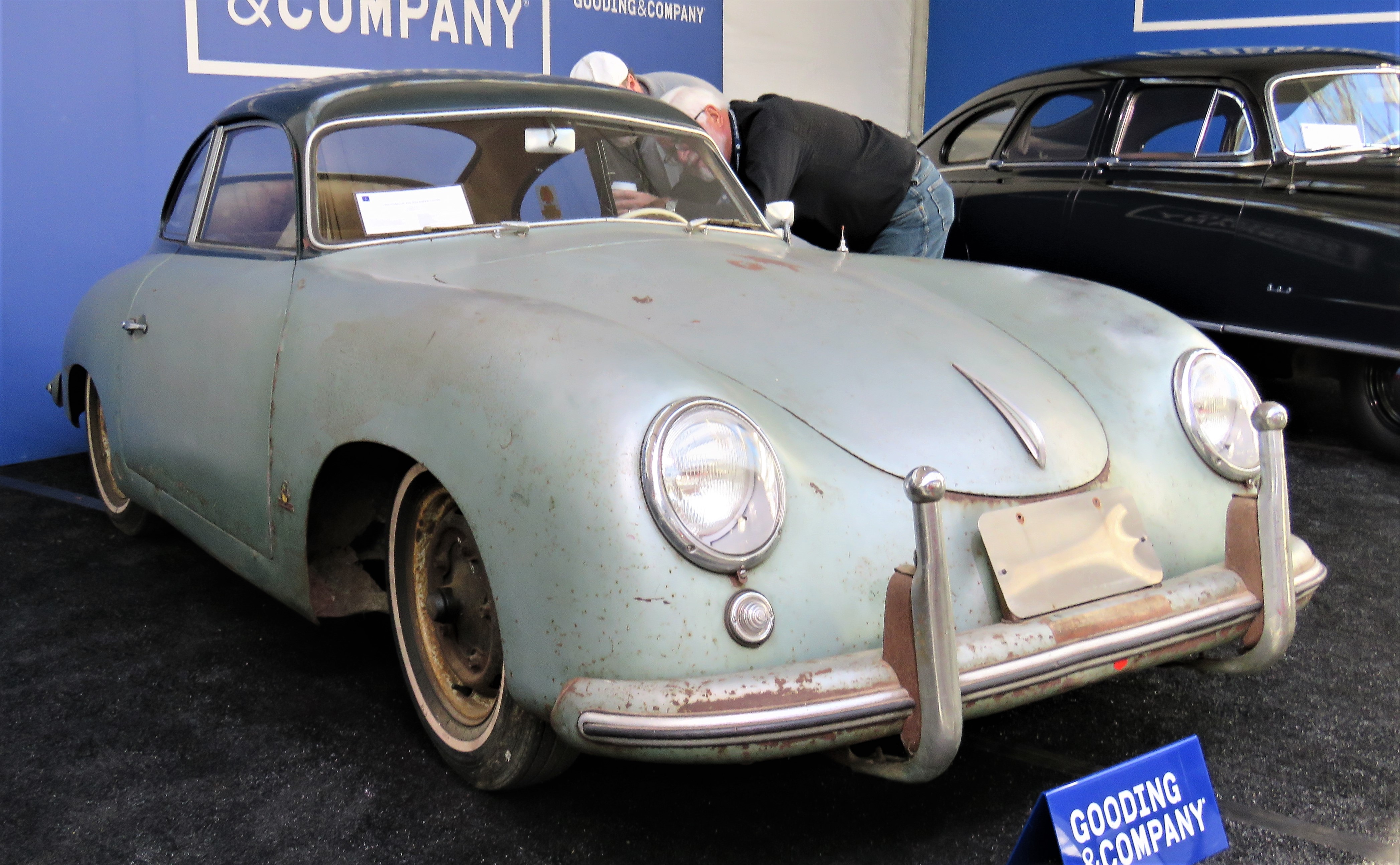 Although a rusty, crusty and musty barn find, this very early Porsche has plenty of appeal as an automotive art object. Still, it would be well worthwhile to treat this rare car to a complete restoration. It got loads of attention during the Gooding preview. 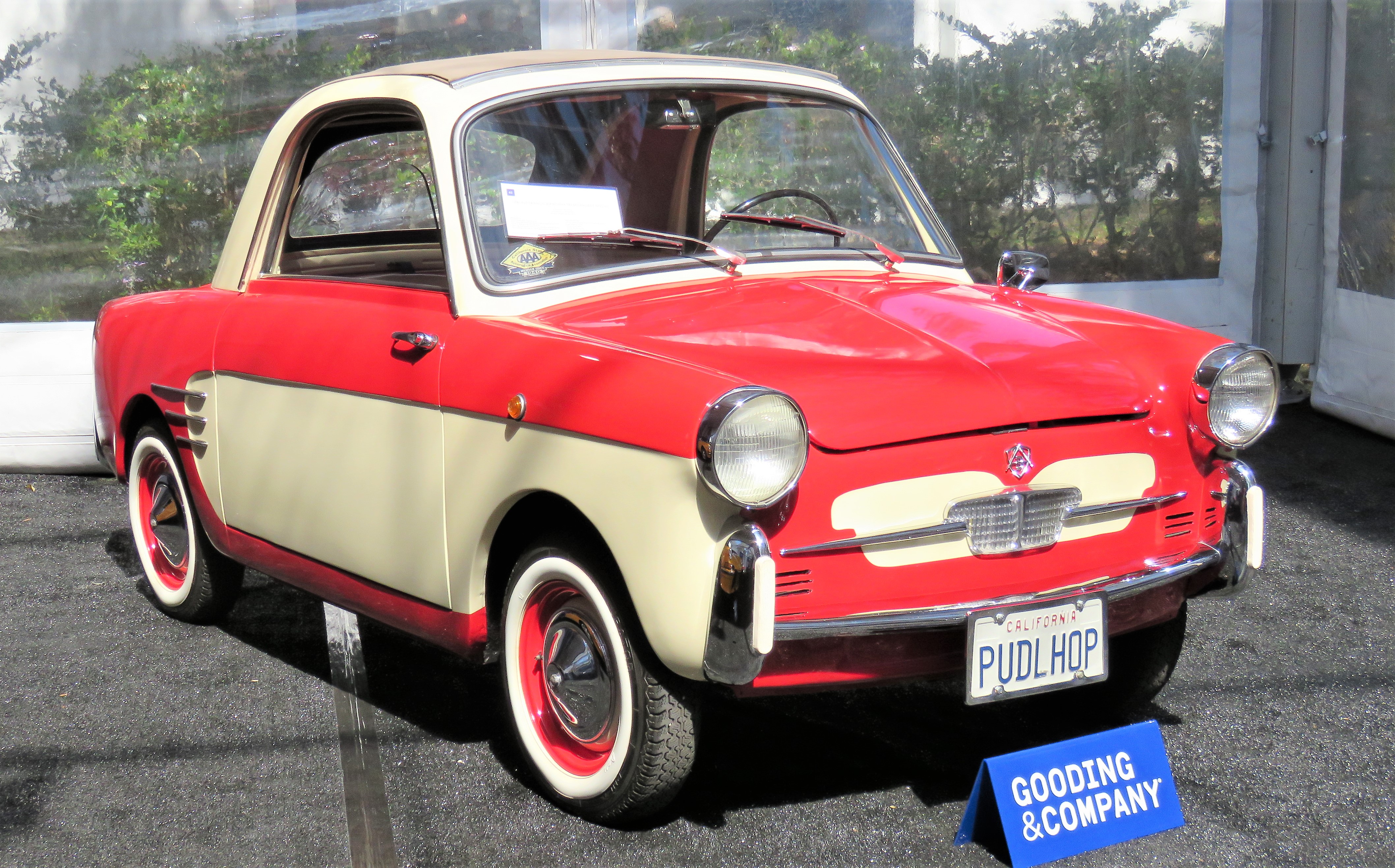 One of the most-attractive Italian microcars, and one of just 200 sunroof convertibles, this little cutie has been completely restored and stands in sparkling, though diminutive, condition. This would be so much fun to tool around in, not that I would have a prayer of fitting into it.  Besides, that’s a long name for such a little car. 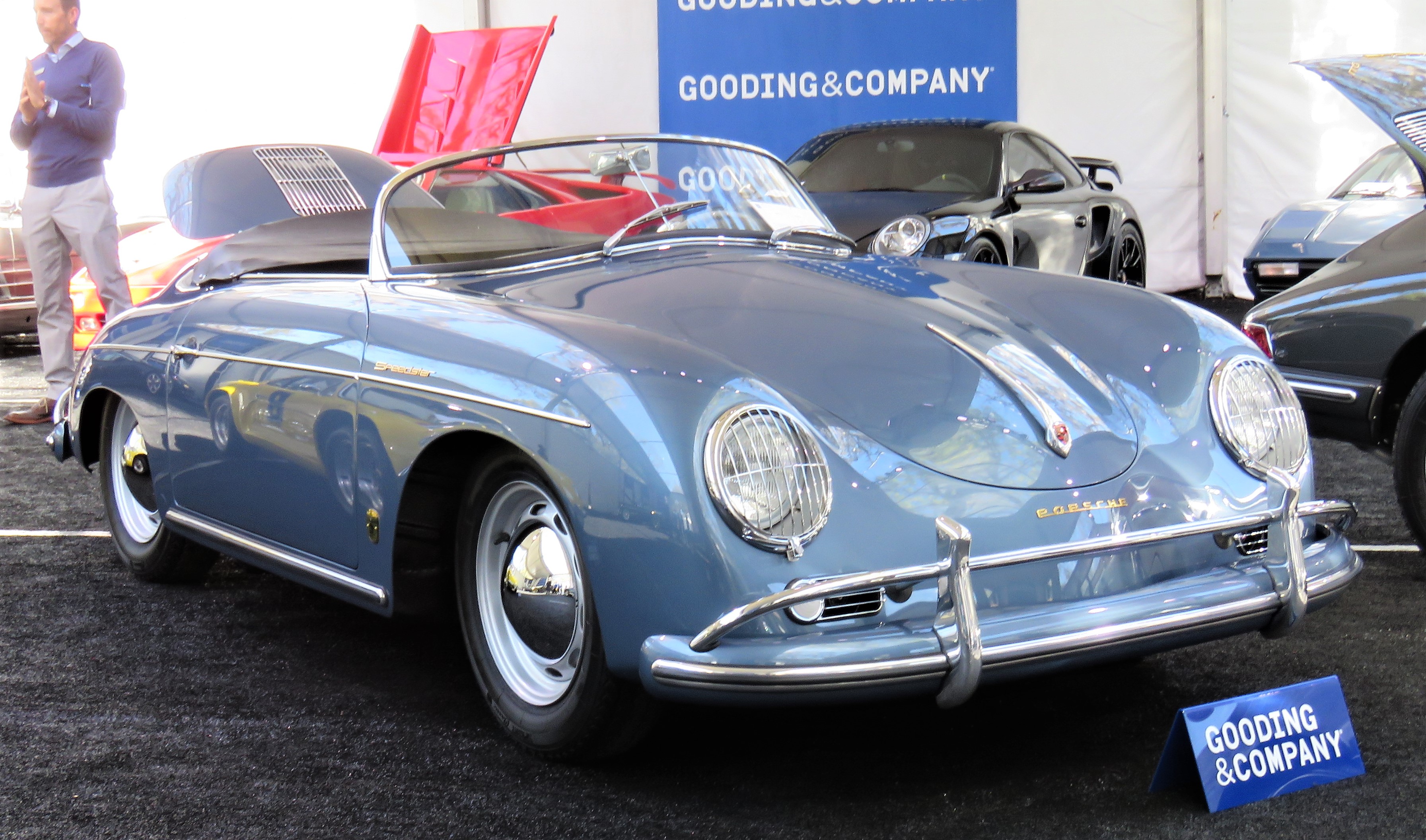 Originally Porsche’s budget model, Speedsters have long enjoyed tons of popularly and have been roaring in value as of late. This gorgeously restored one has a pre-auction value estimate of $550,000 to $675,000. That’s some budget. 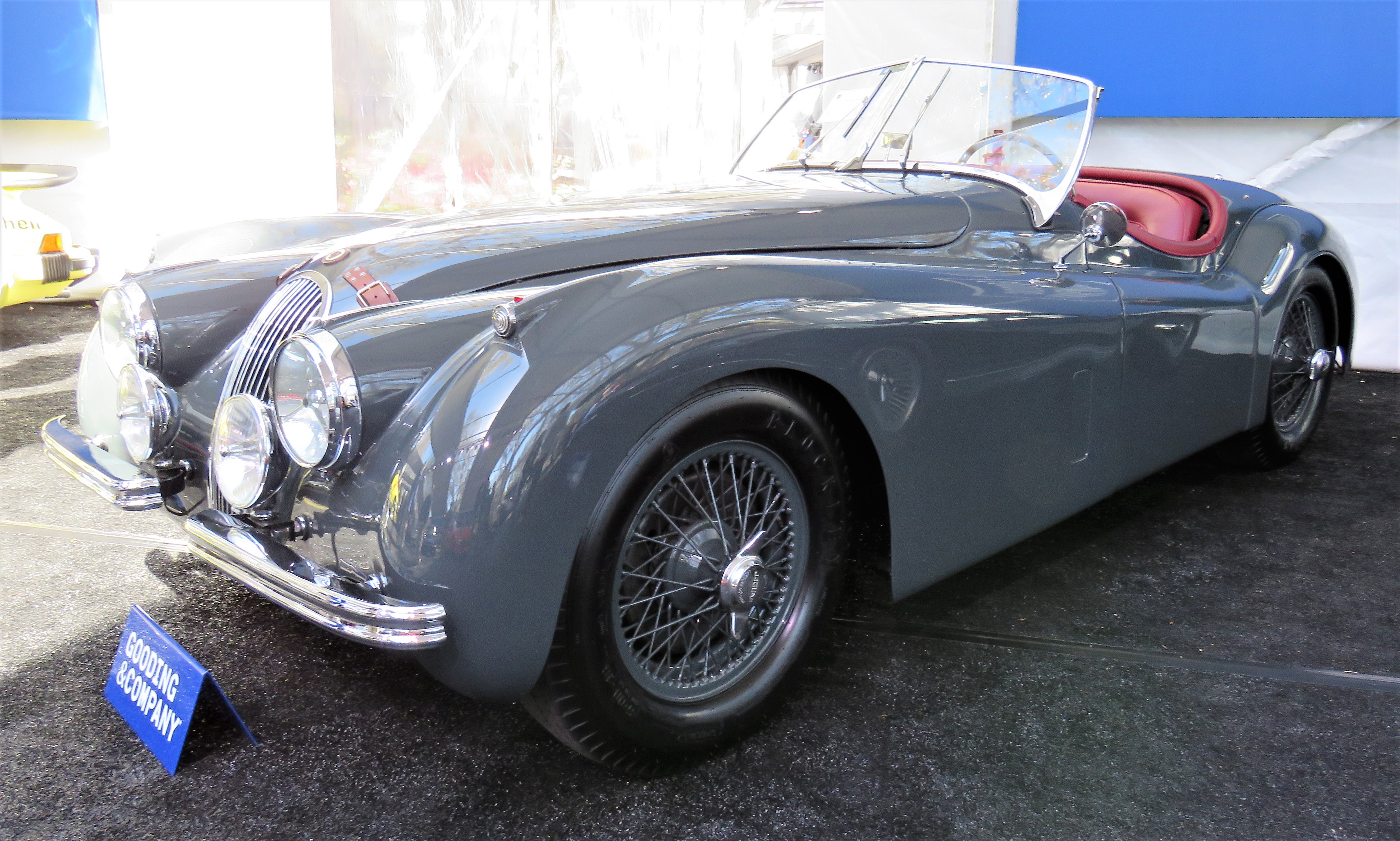 Gooding has two lovely XK 120 roadsters on the docket, and I would take either, although this one gets the edge because it is a higher-performance SE model beautifully presented in gray paint with a red-leather interior. It also has those cool leather straps on its hood (or bonnet, if you prefer). 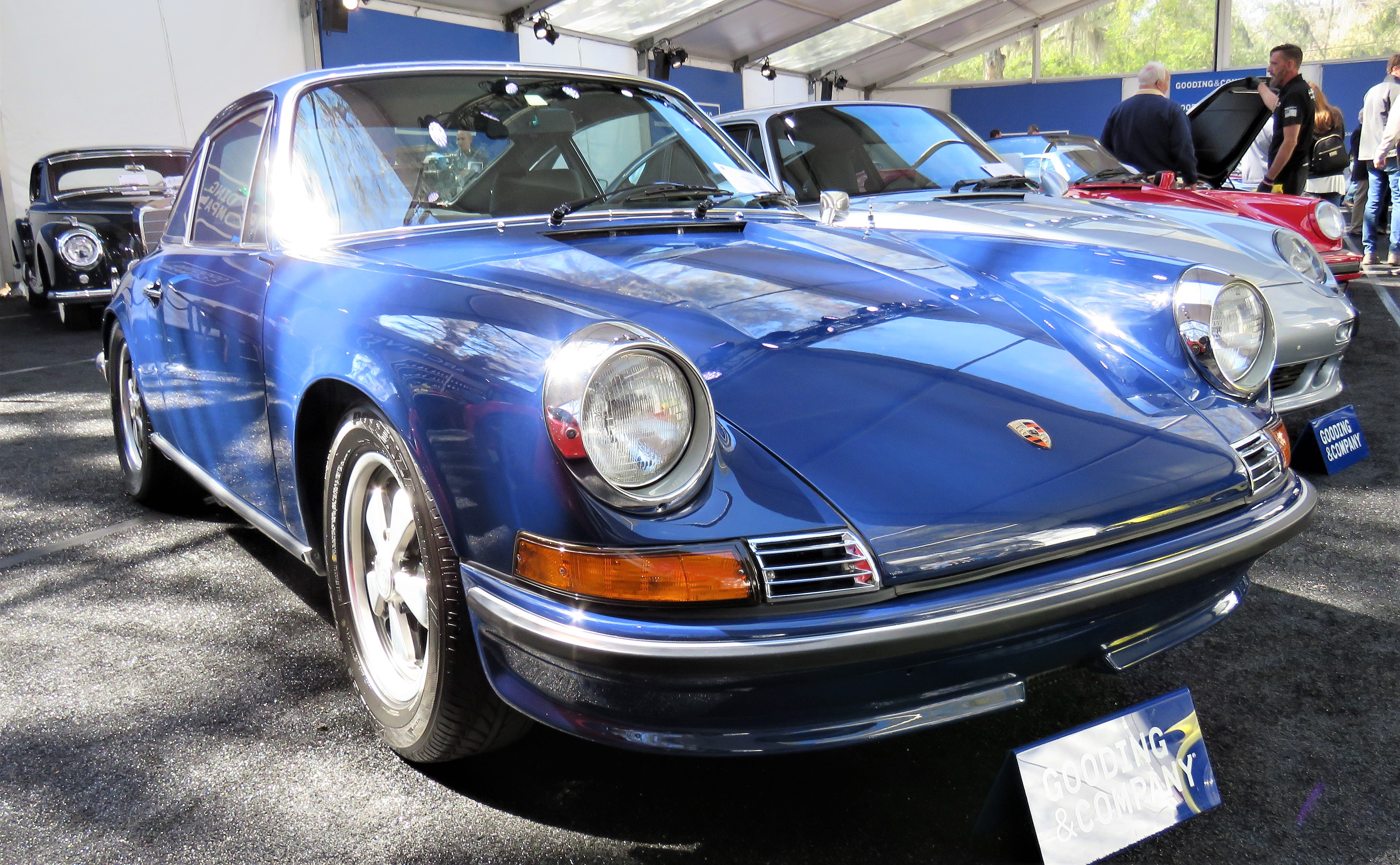 Looking great in Albert Blue, this first-generation 911 has a lot going for it, including a 190-horsepower flat-six engine lurking inside a thoroughly restored car. A truly nice early 911 is a wonderful thing, and this one does it for me.

What did Andy pick at the RM Sotheby’s auction?