We’ve already published a “Larry’s likes” from Mecum’s inaugural Las Vegas collector car auction. But with nearly 1,000 vehicles on display in the upper level of the South Hall at the Las Vegas Convention Center, and with the quality of the vehicles on the Mecum docket, I found more that I coveted and therefore this second part, which includes station wagons, vans and a vintage camping trailer.

This period-correct but frame-off restored Southern California surf wagon still retains 80 percent of its original wood trim. Under the hood is a 327cid V8 engine with camel-hump heads. The ride height is lowered 4 inches from stock and there are front disc brakes. The hood has 120 hand-punched louvers and atop the bamboo surf rack are two 1960s long boards — a 1962 Hobie and a 1966 O’Neill. There’s a wood floor in the cargo area of this cream-and-brown beauty, which has a 331cid Firepower V8 engine linked to a GM-soured automatic transmission. This wagon’s appearance is enhanced not only by shining chrome but by a set of Kelsey Hayes wire wheels. 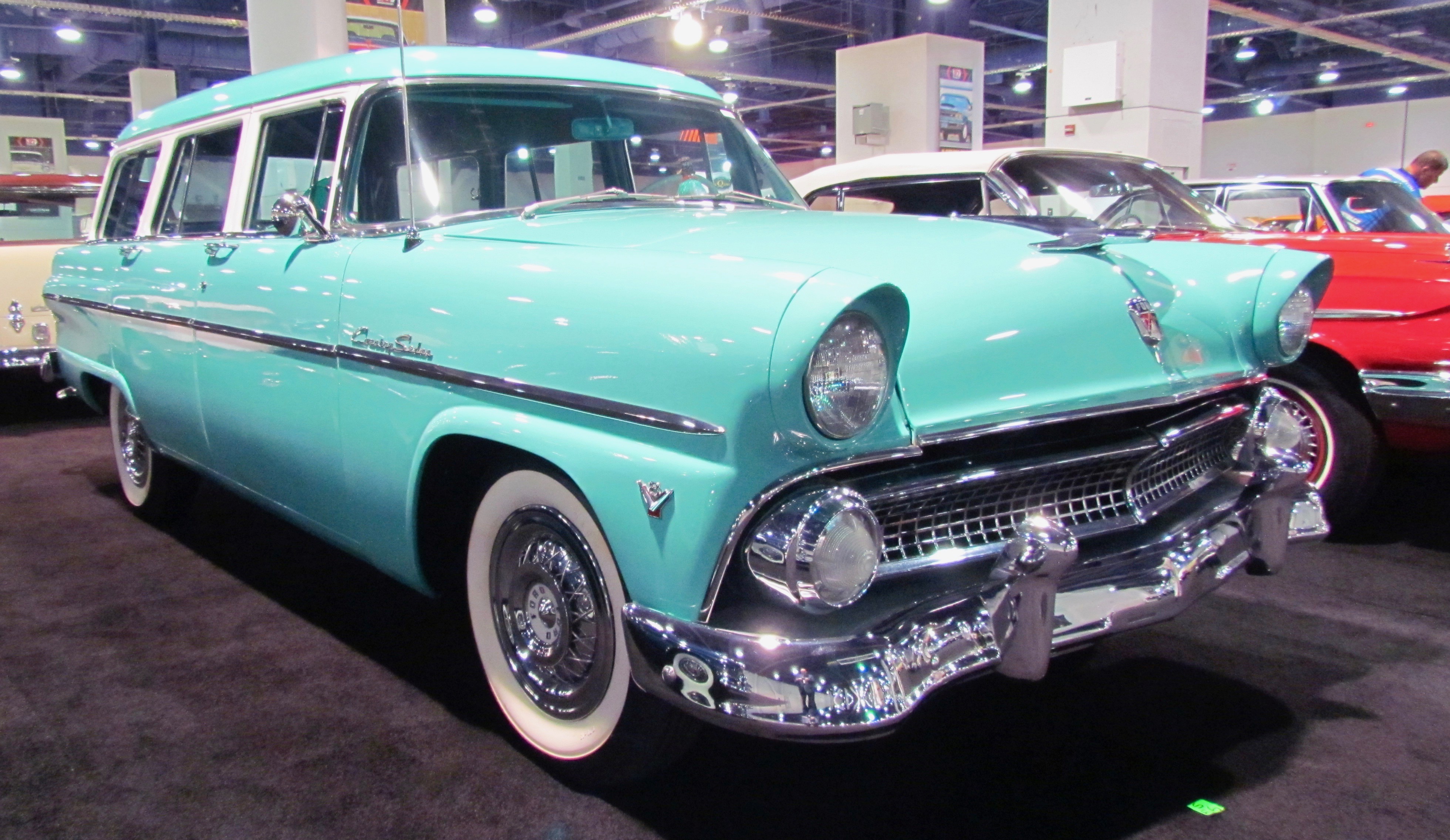 This California resident is turquoise-colored inside and out. The engine is a 272cid V8 linked to a 3-speed manual transmission. Of all the vehicles at the auction, the one I’d most want to take home is this restored Opel Kadette wagon, which is believed to have been driven less than 85,000 miles since new and has a cargo hold filled with car-show trophies it has won. The 1.1-liter 4-cylinder engine has been rebuilt and boosted with an upgraded dual Solex setup, and the gearbox is a 4-speed manual.

Dodge built fewer than a thousand of these three-row (third-row rear facing) wagons for the 1969 model year. This one — in Bronze with tan interior — has faux-wood trim, its original 383cid V8 engine and Torqueflite transmission, factory air, and power steering and brakes. The exhaust system has been replaced. Body-off restoration of a car stored for three decades. Start with 265cid Power Pack V8 and automatic transmission, add in power brakes and steering, windows and front seat and top it all with Turquoise and Indy Ivory paint and a turquoise and white interior. 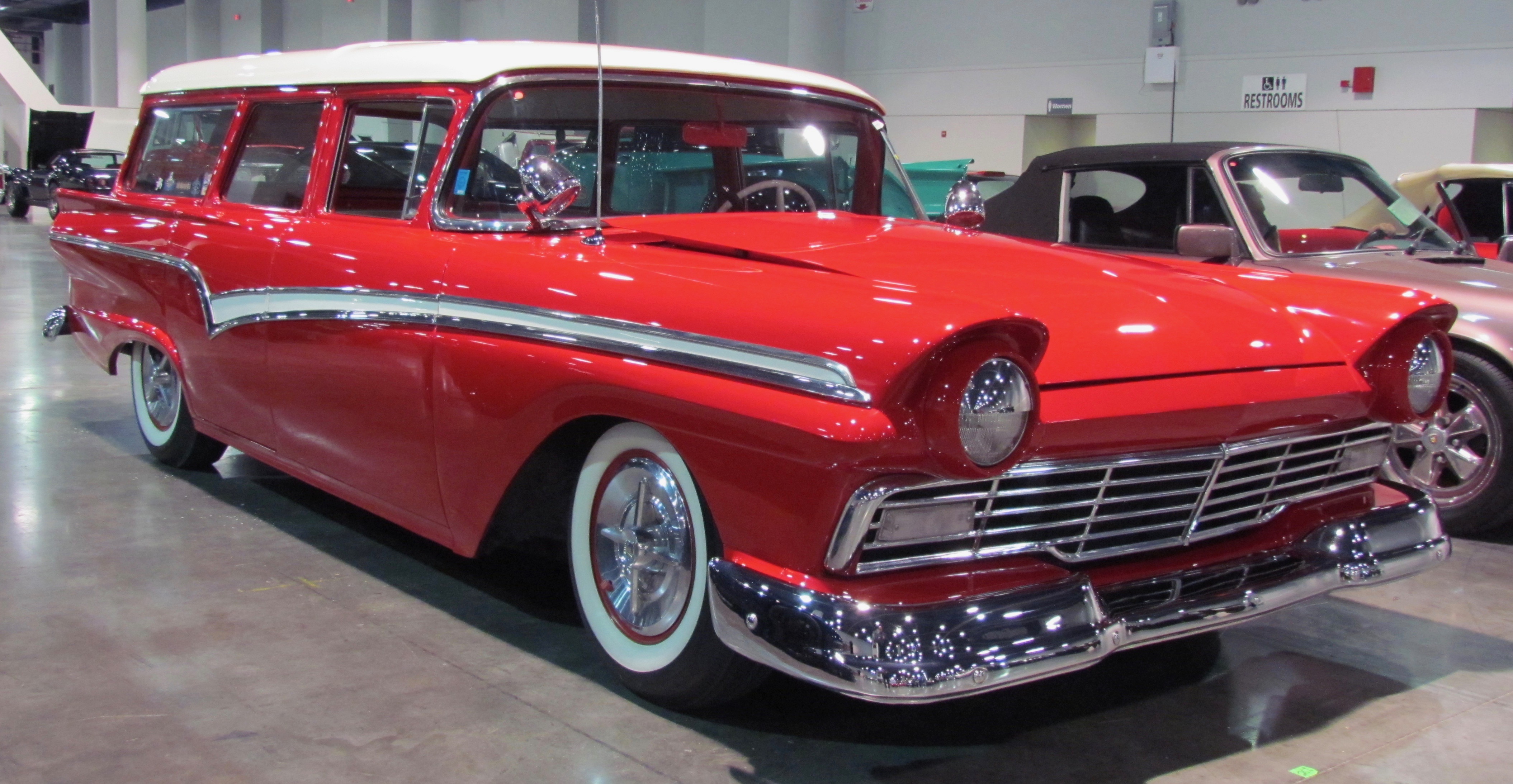 Frame-off restored wagon has a Thunderbird V8 engine under its hood. Originally delivered to South Africa, this classic VDub has its steering wheel on the right side of the interior. The color applied at the end of a two-year restoration is called Sealing Wax Red. 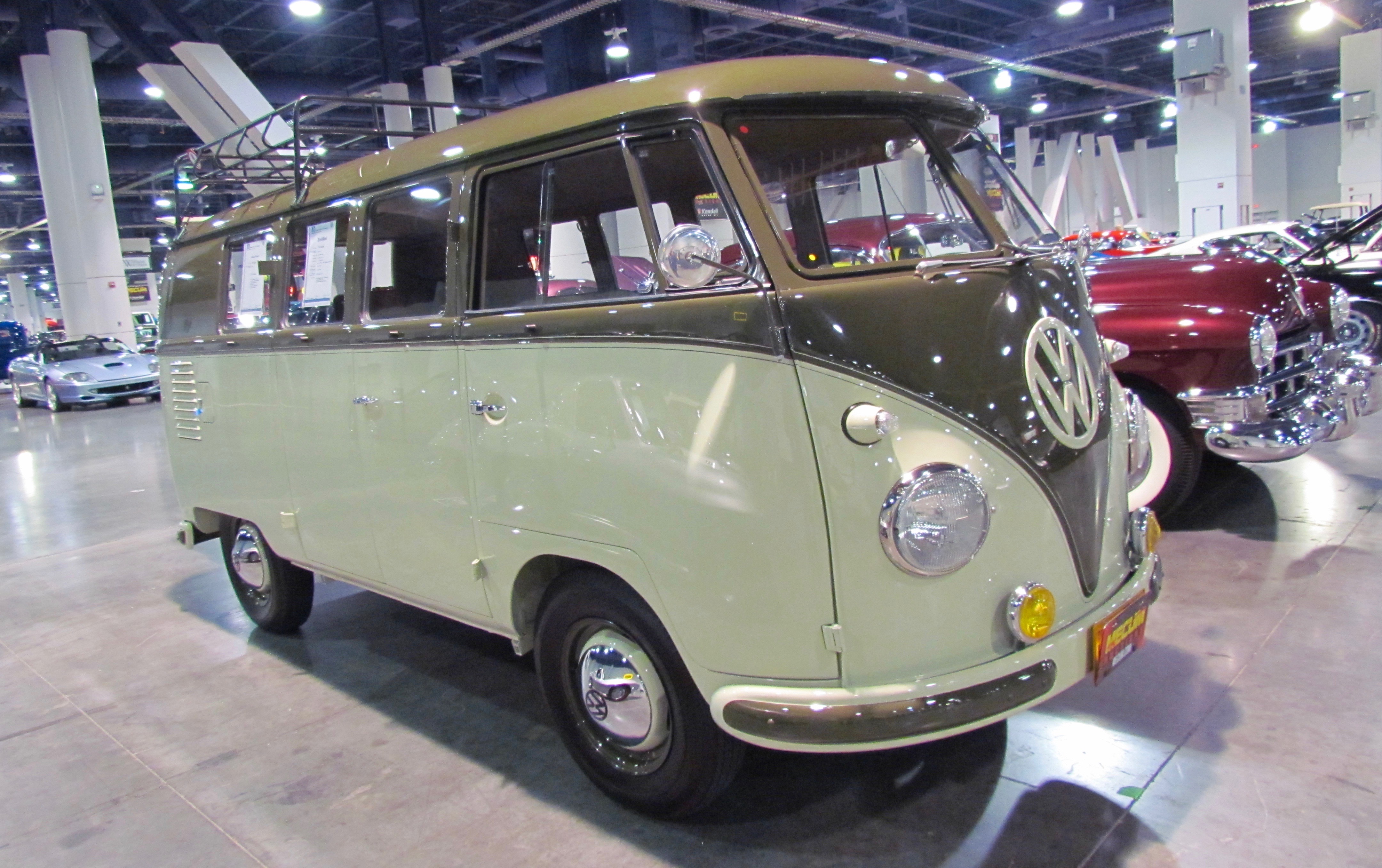 Don’t need 23 windows and want the steering wheel where you’re used to finding it? Here’s an 11-window model in Palm Green and Sand Green. 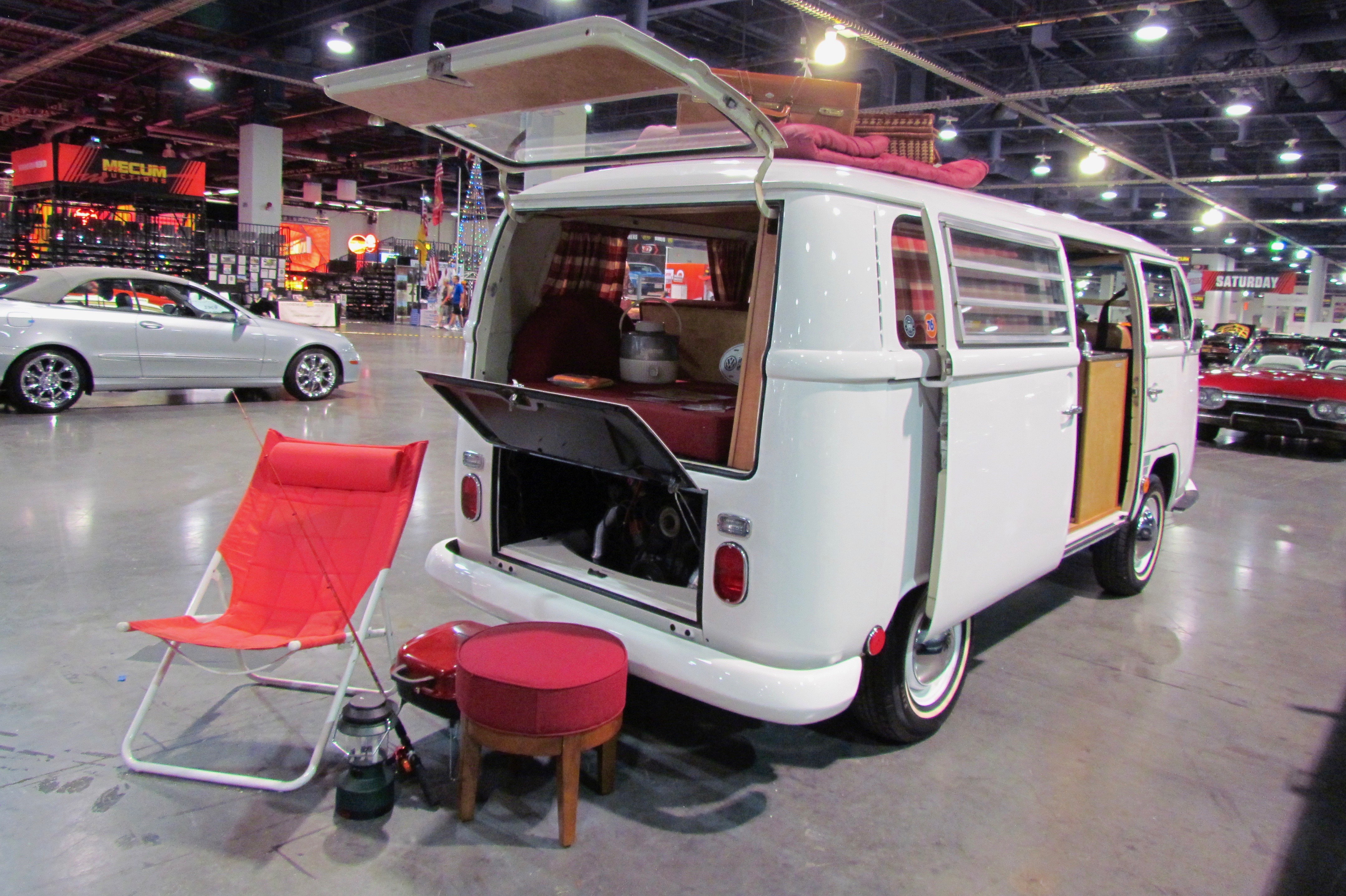 Or maybe you prefer to go camping in your VW van. If so, here’s a recently restored Campmobile. 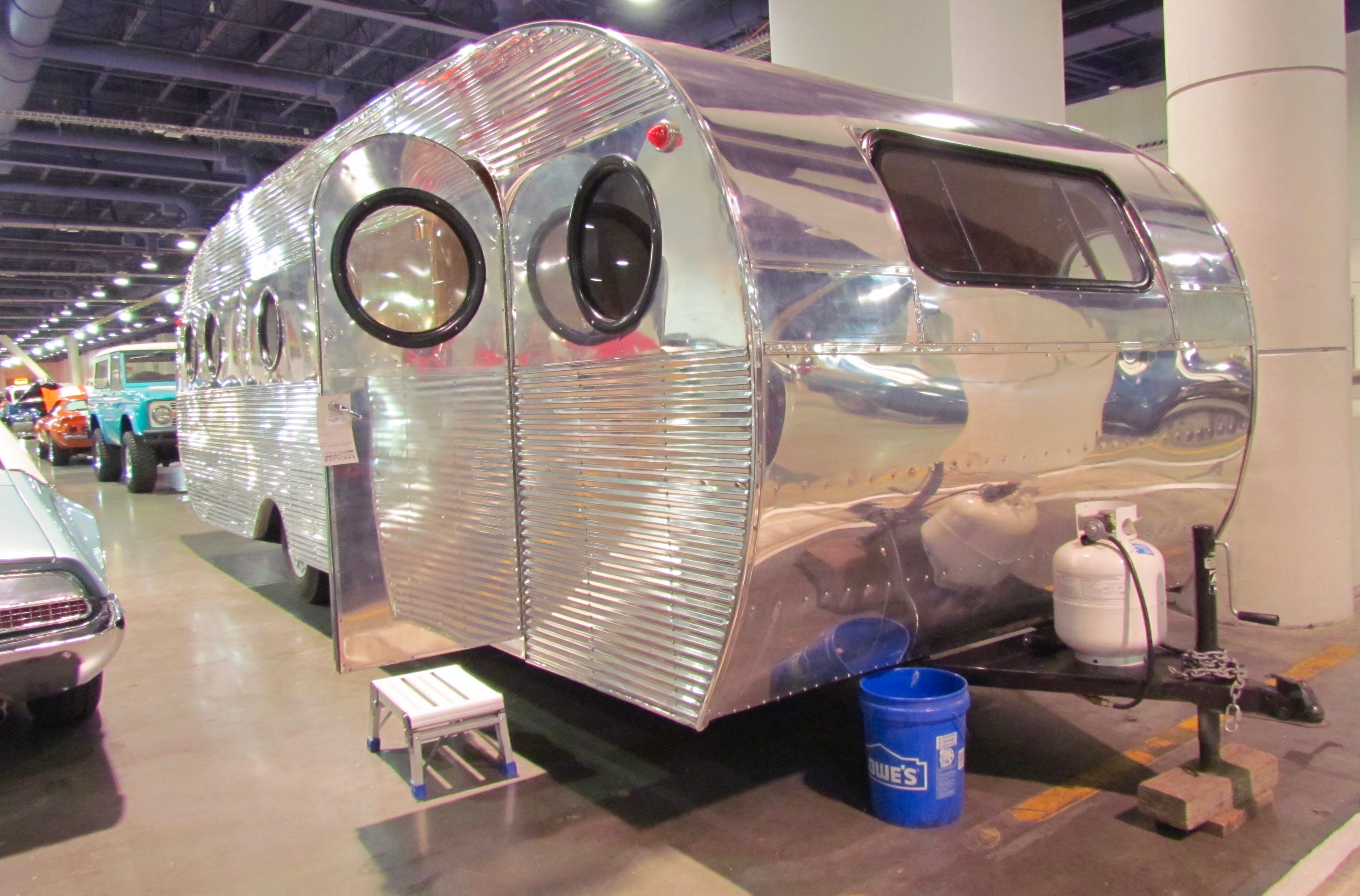 Or if you really want to camp in vintage style, consider this 28-foot Land Yacht by Airfloat Coach Manufacturing of Los Angeles. Restored and with polished aluminum on the outside and two-tone wood inside, this pull along has granite countertops, stainless sink, flat-screen television, microwave, air conditioning, queen-size bed, bathroom, and vintage-style fireplace/heater, as well as all-new plumbing.