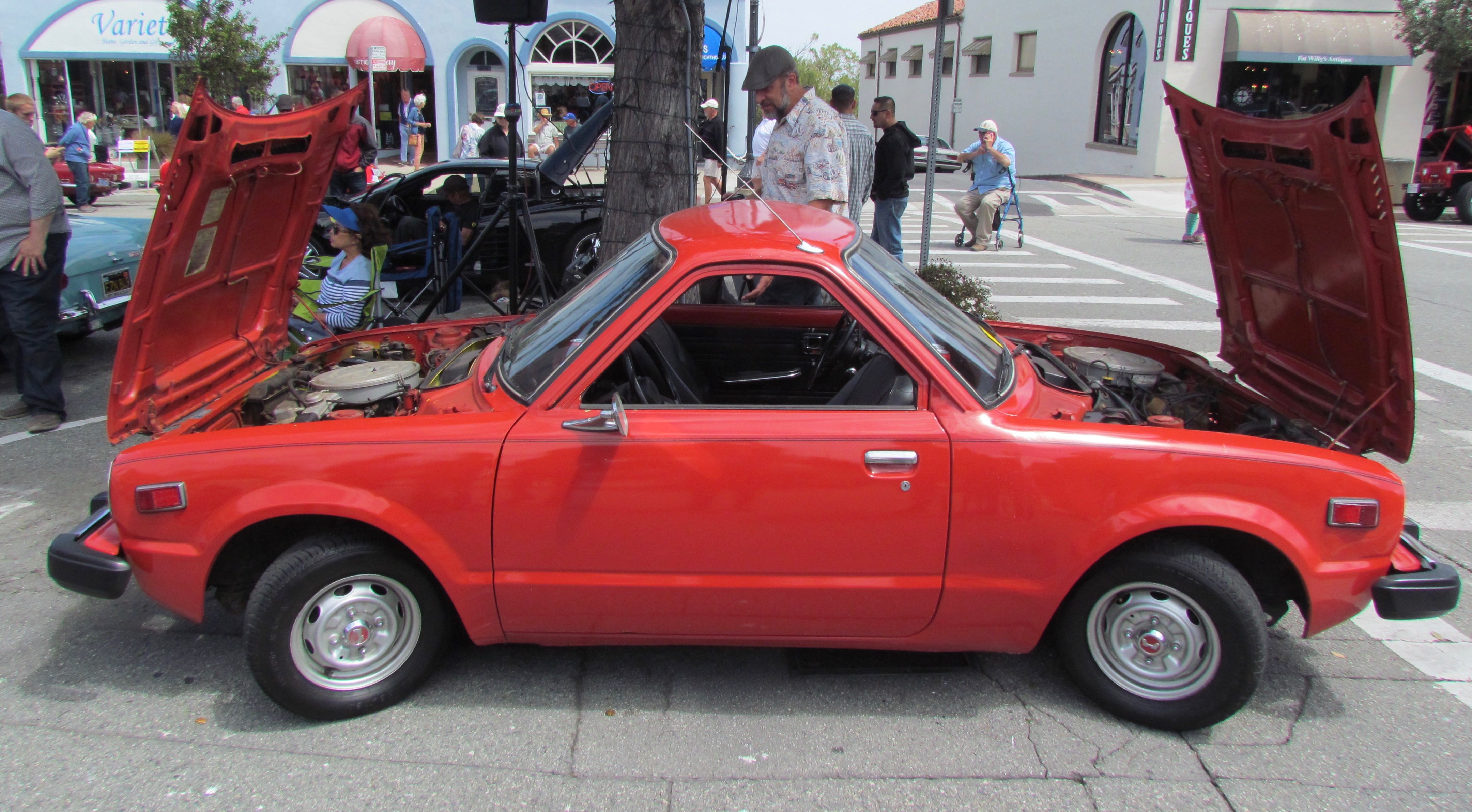 The Little Car Show information sheet nestled between the windshield wiper and windshield simply identified the car as a 1979 Honda Civic.

But this was no ordinary ’79 Civic because it had not one but two windshields, and two seats and two steering wheels and even two engines.

Oh, and those seats faced in opposite directions. The car can be driven from either seat and either engine.

“This is the only 8-cylinder, four-wheel-drive Honda Civic around,” said car owner Randy Carlson, who admitted that he is drawn to such quirky cars.

“I’ve had a wide variety of really weird stuff,” he said.

“You can show up at any car show and get attention, and a good laugh,” he said.

Park one of Carlson’s cars next to a Ferrari, he said, and his gets the attention, and for far from a Ferrari-sized investment, he added.

Carlson isn’t alone in his appreciation for strange vehicles. He actually obtained the car in trade for a strange electric car with Jeff Lane of the Lane Motor Museum, home of automotive quirkiness.

There were several strange vehicles on display Wednesday at the 8th annual Little Car Show along Lighthouse Avenue in the heart of business district of Pacific Grove, a delightfully quaint and quiet community tucked between Monterey and the Pebble Beach resorts.

The show is open to only 100 cars powered by engines of 1,601cc or smaller. Hmmm, with 1500cc engines at each end of his Civic, it might be that Carlson’s car actually was ineligible and shouldn’t have been there.

But we’re very glad it was.