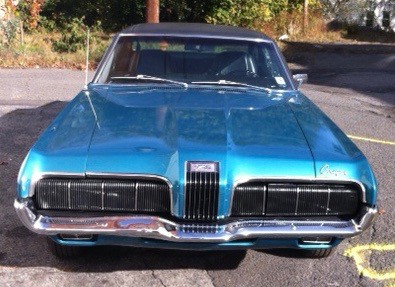 This historic vehicle was purchased at a Barrett-Jackson Auction, where it was the Hagerty Fantasy Car Bid of the Day. Prior to purchase it was a one-family car. given to Whitney J. Young, Jr., civil rights leader and adviser to several presidents by the Ford Motor Company.

His family lovingly preserved the car after his untimely death in a swimming accident in Nigeria in 1971. His body was flown back to the U.S. on Air Force One and President Nixon provided the eulogy at his memorial. His family cherished and preserved the vehicle after his death.

Mr. Young’s contributions to the social development of our country are commemorated by a U.S. Postage Stamp in his likeness issued in 1981, an award in his name is issued by the Boy Scouts of America, his home is designated a National Historic Site. Numerous awards and buildings are named in his honor including Michelle Obama’s High School. He is solely credited with making the National Urban League a success.

The vehicle came with an array of memorabilia pertaining to Mr. Young, including a PBS documentary video on his life, books written both by and about him, photographs, postage stamps, a memorial album featuring solos by Leontyne Price, a complete Marti Report documenting the Ford Motor Company details.

The vehicle is one of only two such X-Plan Cougars manufactured by the Ford Motor Company.