Goodwood Revival will honor his life in September 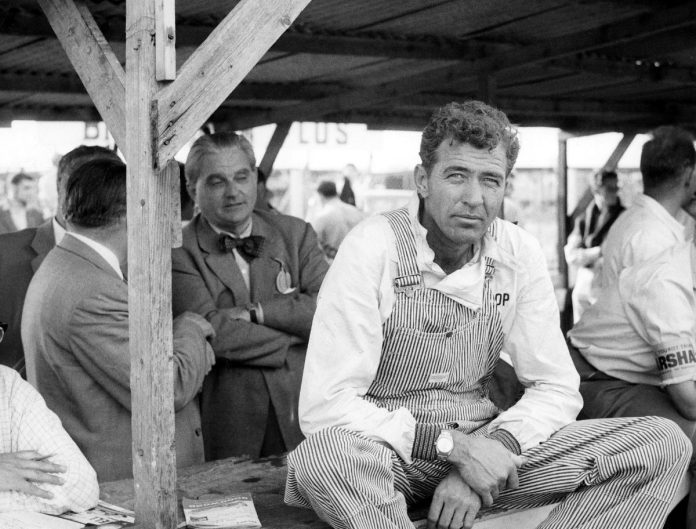 Carroll Shelby was born 100 years ago today. Even when he’s six feet underground, the guy can’t help but continue to exploit his legacy, right? This time, however, ol’ Carroll’s having some help courtesy of Goodwood, which is honoring the 1959 Le Mans winner at the Goodwood Revival over the weekend of September 8-10, 2023.

Of course, the larger-than-life Carroll Shelby was a legendary race car driver, manufacturer and entrepreneur, so there is something worth celebrating. At the tribute, you can expect cars that were raced, designed and developed by the gentleman from the little town in northeast Texas. For sure you’ll find an assortment of Cobras and GT40s, plus there’s bound to be one or two Shelby Mustangs residing in the U.K. that will be in attendance.

“Goodwood held a very special place in my grandfather’s heart,” says Aaron Shelby, board member of Carroll Shelby International. “He competed there as a driver in an Aston Martin and returned to race at the Circuit with the Shelby American team cars during the 1960s. Carroll attended the Goodwood Revival with his Shelby Cobra Daytona Coupe, and as a Word War II aviator he especially admired the vintage warbird exhibit. We’re honored that the Duke of Richmond and his team have chosen to honor the 100th anniversary of Carroll’s birthday this year. We look forward to a marvelous weekend at the Goodwood Revival.”

For 2023, Goodwood circuit is celebrating 75 years, and the Revival is celebrating 25 years. As such, it’s a troika of Anglo-American automotive history at the Goodwood Revival. Carroll himself, along with Jack Fairman and Stirling Moss, won the 1959 RAC Tourist Trophy at Goodwood in an Aston Martin DBR1/300 — the same car he used at Le Mans with Roy Salvadori.

Tickets for the Goodwood Revival start can be purchased at goodwood.com.