Only five of these EV hypercars will be built 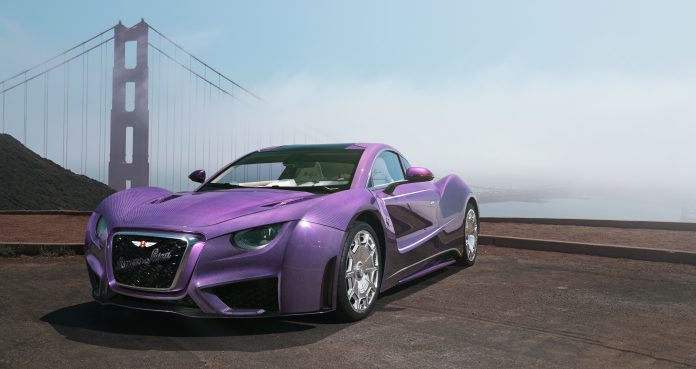 One of the all-time greats in automotive history was Hispano-Suiza, a Spanish company with a Swiss co-founder. Proof of its greatness occurred this past weekend during Monterey Car Week 2022 when RM Sotheby’s auctioned a 1924 H2C “Tulipwood” Torpedo by Nieuport-Astra. The 8-liter OHC mahogany (yup, not actually tulipwood) wonder was raced in the Targa Florio and is arguably one of the most profound classics ever. At $9,245,000, someone apparently agreed.

So, it would not be hard to imagine that such a storied marque has been revived by a combination of investors, trademark owners, and a great vision — not unlike Bugatti of recent memory. The product of their efforts, the Hispano Suiza Carmen, made its debut at the Geneva Motor Show in 2019 and its newer companion, the Carmen Boulogne, made an appearance at The Quail, a Motorsport Gathering this past weekend. In fact, the first Carmen Boulagne to be sold in the U.S. was on display.

The Ocean Song Rose Carmen Boulagne, bought by collector Michael Fux, demonstrates what an independently engineered hypercar can be. The original 1005-horsepower Carmen coupe was inspired by the 1938 H6B Dubonnet Xenia, but the Carmen Boulogne evolves from there with more sports-car styling. Both feature styling and engineering by home-grown companies from Barcelona: Cero Design and QEV Technology, respectively.

In fact, if the latter company sounds familiar, it’s because it runs Mahindra Formula E racers. The Carmen Boulogne takes the power curve further with 1,114 horses. Of course, for a vehicle of extreme performance and price, both Carmens feature carbon fiber monocoque construction. Weight is super-light for an EV of this caliber — under 3,800 pounds.

Between 1904 and 1946, Hispano Suiza manufactured around 12,000 vehicles, mostly in a high-performance and/or luxury vein. You can add five Carmen Boulagnes to the total, plus an additional 14 Carmens.