Sports cars are like a good pair of blue jeans – they never go out of style. Sure, the technologies and stats may change, but dramatically styled vehicles with the power and handling to make the most mundane drives enjoyable and blasting through challenging curves an unforgettable experience have been a constant in the automotive marketplace for decades.

That popularity is one of the reasons why there are so many different ways of connecting enthusiasts with the cars they seek. Looking for a fun two-seater with a manual transmission? Visit a traditional dealership or try your luck in the newspaper classified ads. If you’re not that old-school, you can avoid getting ink on your fingers by perusing online classified ads (we suggest doing that at ClassicCars.com).

Then there are in-person auctions, which combine the wall-to-wall beauty of a car show with the thrill of competition and the sweet success of victory, all topped off with the anticipation of taking that first drive in your four-wheeled trophy. For those who’d rather click to bid from the comfort of their couch, there are online alternatives, such as ClassicCars.com’s sister site AutoHunter.com, which helps consignors set a market-correct reserve price and runs 7-day auctions of vintage, collector, and late-model vehicles from a variety of manufacturers.

According to Classic.com, classic car auction sales hit $2.3 billion in 2021. It’s no surprise that that figure is 77 percent higher than it was in 2020, but what’s truly shocking is that it’s 61 percent higher than 2019 sales. In fact, auction revenue in every month of 2021 except January was higher than it was in the same month going all the way back to 2017, reaching a peak of $457.61 million in August. The lower revenue figures in January 2021 can be attributed to the cancelation or postponement of in-person auction events during Arizona Auction Week.

Judging by the Q1 results, 2022 is off to a strong start. Classic.com reports that 16,854 listings were sold at an average price of $75,200, amounting to $1.3 billion in sales – more than double the total generated by transactions in 2019. Barrett-Jackson, the parent company of ClassicCars.com and AutoHunter.com, was a major contributor to those stunning numbers. At its signature Scottsdale event, the auction house commemorated its 50th anniversary as a company in grand fashion: By selling 1,857 collectible vehicles at no reserve and reaching a record $195.9 million (including $8.8 million raised for charity).

While this is obviously great news for sellers, there’s something for buyers to be happy about, too. Not only are online auctions convenient and easy to access, they also offer cars at lower transaction prices. In 2021, the average price of a collector car sold at a live auction was $72,217; online auction vehicles hammered at an average price of $43,112.

In its newest themed showcase of interesting vehicles up for auction, Sports Car Day, the crew at AutoHunter.com has put together a group of American, British, and Japanese coupes and convertibles for people who want to get out and drive instead of just commute. We’ve put their highlights below.

This garage-kept 1980 MG MGB that has been in the same family for 42 years is powered by a 1,798cc 4-cylinder engine mated to a 4-speed manual transmission with overdrive.

Features include a luggage rack, soft top with a plastic back window, power brakes, and driver- and passenger-side mirrors.

The bucket seats and door panels are upholstered in tan vinyl. Features include a center console with a manual transmission shifter, manual windows, black carpeting, and an aftermarket AM/FM cassette stereo with door-mounted speakers.

This one-owner 1983 Mazda RX-7 GSL is an unmodified Japanese sports coupe that has covered 27,861 miles since new and receives power from a carbureted 1.1-liter Wankel 12A rotary motor paired with a 5-speed manual transmission.

Four-spoke 13-inch alloy wheels with black pockets have been refinished and are wrapped in tires with black sidewall lettering. Stopping power comes from disc brakes both front and rear.

This well-maintained 2001 Jaguar XKR is an unmodified British grand touring convertible that has been driven 71,670 miles since new and harnesses power from a supercharged 4.0-liter V8 paired with a 5-speed automatic transmission.

It has been in Arizona since 2010 and carries documented service history back to new that shows consistent oil changes, a recent alignment, a brake system service, fresh coolant, and new drive belts within the past several months.

The cabin is fitted with power-adjustable and heated Cashmere leather bucket front seats as well as woodgrain accents.

This 1967 Chevrolet Corvette Stingray convertible has been with the seller for 29 years and was put through a comprehensive restoration in 2020.

It is powered by a 327ci V8 engine backed by a close-ratio M21 4-speed manual transmission. According to the seller, the engine was retuned in 2020. Only 200 miles have been put on the car since then.

Features include an AM/FM radio, power disc brakes, manual steering and windows, a convertible top, and reportedly new BFGoodrich redline tires with less than 25 miles on them.

This 2007 Lotus Exige has been modified for track use and features front and rear tow hooks, racing mirror caps, a roof-mounted air scoop, side intakes, an upgraded exhaust, a rear diffuser, and a set of Team Dynamics Motorsport wheels with Yokohama slicks.

The cockpit is equipped with a Sparco driver’s seat with a Willans harness, Sparco quick-release steering wheel, roll cage, window nets, and a MoTeC dash logger.

Under the hood is a mid-mounted 1.8-liter inline-4 engine connected to headers, a Monkey Wrench Racing fuel rail, and a 5-speed manual gearbox.

This 1976 Triumph TR6 convertible is a body-off restoration powered by a rebuilt 2.5-liter I6 engine that has been equipped with several upgrades, including Patton Machine fuel injection and a gear reduction starter.

Power is sent to the road through a RATCO (Roadtronics Automotive Technology) throttle linkage, an overhauled HVDA Toyota Celica 5-speed manual transmission, and the rear wheels.

The cabin features Dynamat sound damping material, a woodgrain steering wheel and dashboard, and the two-tone bucket seats from a Mazda MX-5 Miata.

This 1960 Chevrolet Corvette convertible is powered by a carbureted small-block V8 engine backed by a 4-speed manual transmission.

Features include manual brakes, manual steering, a Wonderbar AM radio, and a clock.

This two-owner 1994 Toyota Supra Turbo is a Japanese Domestic Market (JDM) sports car that was reportedly imported from Japan under previous ownership.

It features several upgrades, including the front bucket seats, wheels, a Tanabe strut tower bar, a Tomei exhaust, BC Racing coilovers, Brembo brakes, and an aftermarket blow-off valve and intercooler.

The 2JZ-GTE twin-turbocharged 3.0-liter inline-6 engine puts power down through a V160 6-speed manual transmission and the rear wheels.

If you aren’t already registered to bid on these cars, click here to sign up for an account. Don’t wait. Sports cars may be timeless, but Sports Car Day auctions end on May 24. 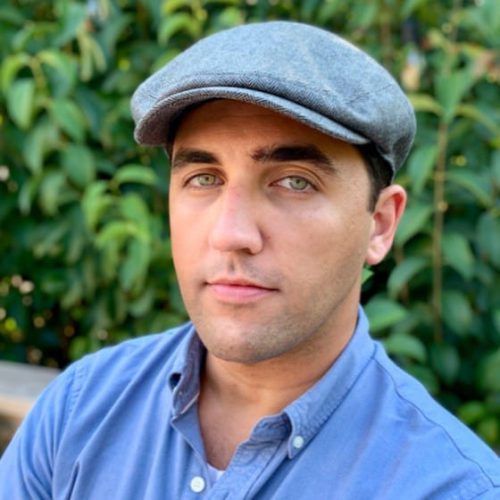 Derek Shiekhi
Derek Shiekhi is the Editor and Lead Writer at ClassicCars.com’s sister site AutoHunter.com. He was previously a freelance automotive writer who won numerous awards from the Texas Auto Writers Association for his coverage of events and vehicle reviews. He has been lucky enough to drive Lamborghinis on a track, go off-roading over sand dunes in a Land Rover Discovery, haul a BMW M Roadster with a Ford F-450 Limited, and perform several 55-mph jumps in the Ram 1500 TRX. These days, he’s learning a lot of interesting facts about the vintage and collector vehicles auctioned on Auto Hunter.