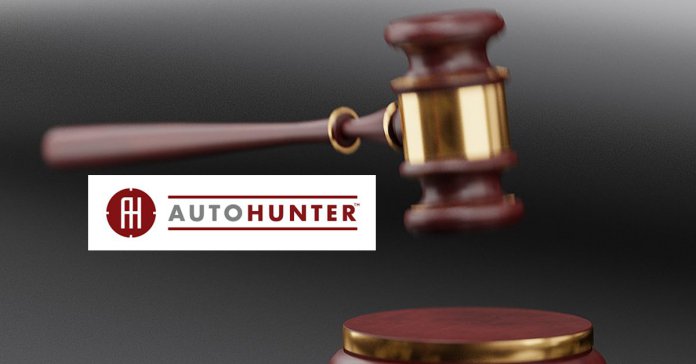 Throughout the years, our editors at the Journal picked their favorite cars from each of the big auction houses at places like Scottsdale, Monterey, and Amelia Island. Now, we get to do this in-house, as AutoHunter is actively selling its first run of auction cars.

While we couldn’t inspect them in person, we, like you, the reader, could scope the pictures and peruse the words about these cars. The temptation to bid is overwhelming on several that I have viewed. Plus, there really are so many other interesting cars being added every day.

AutoHunter launched with some really nice consignments. Here are a few closing in the next few days but still open for bidding:

This 280SL convertible is a European-spec 4-speed manual. As I was growing up, this was one of my favorites. A good friend of mine and I took his mom and dad’s 1969 280SL to Road America for the historic races in the late 1980s for what turned out to be a “lost weekend.”

The 2.8-liter inline-six makes a nice growl as the driver goes through the gears. This Teutonic beauty turns heads with the silver metallic exterior over black interior — proper German racing colors. Someone will probably be very happy with this car.

Sparkling in Anaconda Gold with a Cordova Beige top, over a stock brown interior, this goat looks tough! It has a 455ci V8 paired with a 4-speed Muncie M-22 “rock crusher” trans.

According to the consignor, who has owned it for more than 30 years, it underwent a frame-off restoration under the seller’s supervision. It has a great stance – and the super cool tachometer in the hood. Perfect for making some noise and turning some heads.

With 39,000 miles on the clock, this Vette comes with a color-matched hardtop, the original owner’s manual, factory literature and service records. For me, it would just beg to be driven.

The classic SUVs continue to grow a fanbase. This beautifully restored Series IIA has a 2.25-liter inline-four engine paired to a rebuilt 4-speed manual transmission with an Ashcroft high-range gear set.

Until acquired by the seller, this Land Rover spent its life in Costa Rica. It certainly would be fun to drive this vehicle through the jungle on a safari. Or just proudly display at a number of shows where it will get loads of appreciation from attendees. Vintage. Rugged. Cool.

Offered by the original owner, this Black over black leather with cloth inserts, is a bargain-level investment that will go up as the 1980s cars continue to appeal to collectors.

It’s powered by a 2-5-liter inline-four mated to a 5-speed manual.  This pretty example has fog lamps, phone dial wheels, and a power-tilting removable sunroof panel. The first of the entry-level front engine “water-pumpers,” this Porsche is fun to drive and fun to show.

There really are so many interesting cars offered on AutoHunter. Best of luck to both sellers and bidders!