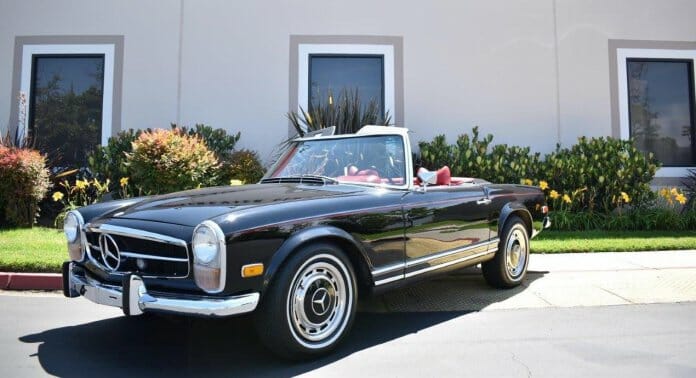 The adventures and foolishness of youth. Everyone has that childhood friend whom their wife disapproves. I would imagine I have been that for a few of my lifelong friends — natch. I had such a friend; his name was Marcus. We had a rather wild weekend up at Elkhart Lake, Wisconsin, in a car very similar to this one during our college years.

The Pick of the Day is a restored 1970 Mercedes-Benz 280SL automatic offered on ClassicCars.com by a dealer in Costa Mesa, California. Seeing this car reminded me of a weekend in 1986, almost 35 years ago, that sealed the 280SL status of a “great car” in my mind. 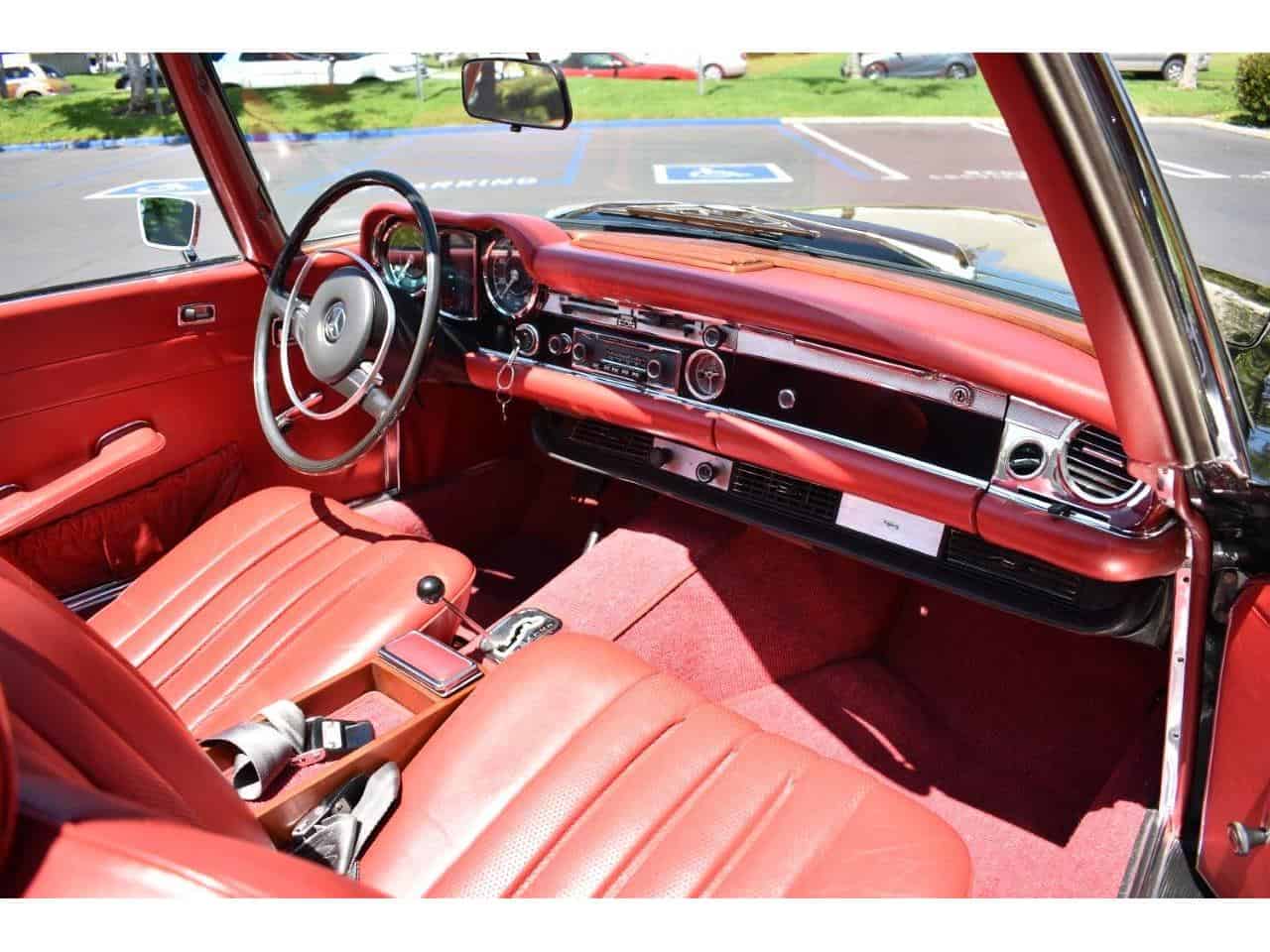 The Chicago Historic races at Road America, now known as the Weathertech International Challenge with Brian Redman, has been a motorsports highlight of my year since 1981 when an upscale restaurateur named Joe Marchetti approached Carl Haas and my dad to put on a midwestern historic racing event in the vein of the Monterey Reunion.

Needless to say, the concept worked, as the event still takes place during the second week of July.

I had just finished my freshman year at Illinois Benedictine College (Benedictine University) and between a summer job as a caddie at the local country club and great racing events to attend, summers on the North Shore of Chicago were pretty darn cool.

For that year’s Chicago Historic Races, Marcus had procured from his parents a freshly restored 1969 280SL. Cream with Tan interior. Interestingly, they had traded their Series-1 E-Type Jag for the new SL back in 1969. They too would be joining us at the races, but were separately taking their ultra-comfortable 500SEL. 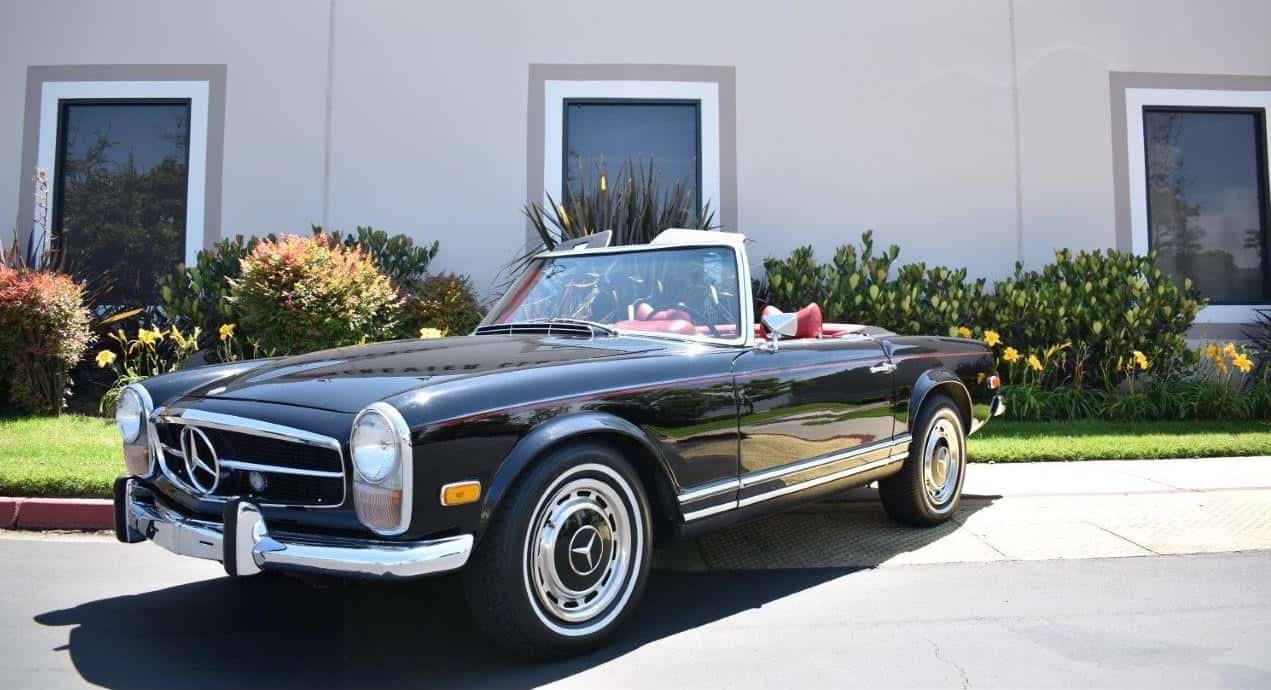 So we left from Lake Forest, Illinois, with Elkhart Lake in our sights. Road America sits about 120 miles up the Lake Michigan Shoreline, just west of Sheboygan and a pleasant summer day top-down drive.

This 280SL is a year younger, has a lovely black over red color combination, but otherwise, few things are different. Powered by a 2,778 cc, 2.8-liter M130 inline-6 engine making 168 horsepower and 180 pound-feet of torque, it was quick. It had an automatic transmission, but it was very responsive as Marcus blipped the throttle for downshifts.

Manuals were an option on the 280SL and only 882 were ordered, of the 23,885 built.  For SL lovers, that makes those few manual 280s “Holy Grail” material.  Incidentally, more than half of the total production of these SLs, between December 1968 and February 1971 were sold in the US. 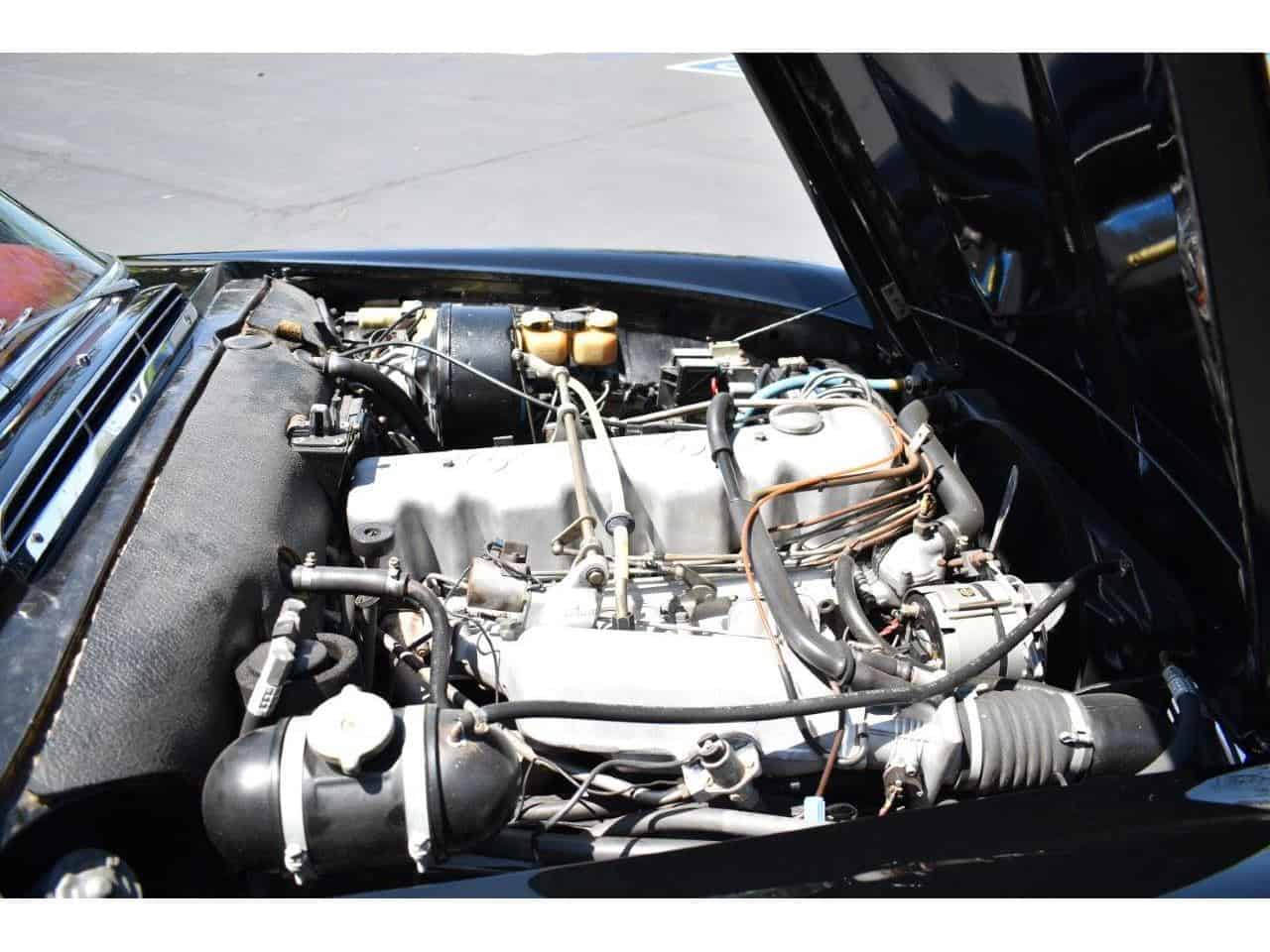 Despite having gone to Road America for all my life, you would think I would know where I was going. Right? There is a junction on the 94 in Milwaukee. One that takes you north – to Sheboygan, and one that would take you west to The Milwaukee Mile. Having been to both tracks so many times – but never driving there on my own – we took the westward route. Further, we were not really paying attention as we were listening to the lovely exhaust note and enjoying the top-down motoring – that is until we found ourselves in Madison.

So now we found ourselves backtracking through small Wisconsin towns – looking at a map as GPS was still military technology back then. We were lost, yet we pressed on. And talk about the sensational handling of the independent suspension. At one point, we hit this beautiful downhill hairpin. Marcus was behind the wheel and taking an inside line – across the yellow – then suddenly, TRUCK! He made a brilliant evasive maneuver off the apex. The large, bulky Escort radar detector flew off the dashboard and out the passenger window.

I caught it one handed as we squealed through the rest of the corner.

We finally made it to Elkhart. Participated in lunchtime on track “parades,” back before insurance-mandated speed limits. We spent quality time at Seibken’s, met lots of great people – many whom are friends to this day – enjoyed much libation and the company of lovely ladies, and I have lost my memory past that. What else do you expect from a couple 19-somethings in a classic car at an epic event?

Yes. Every time I see a 280SL, I get those incredible flashbacks. Ask me sometime about the rest of the story.

According to the selling dealer, “The vehicle has both tops soft and hard and air-conditioning and was restored over 10 years ago and has been enjoyed along the way.” It should be noted, manual transmission 280SLs without air-conditioning were popular in Europe.

The asking price for this lovely and iconic Mercedes is $78,750.