Some say Shirley Muldowney broke down barriers. We say she was just a great champion 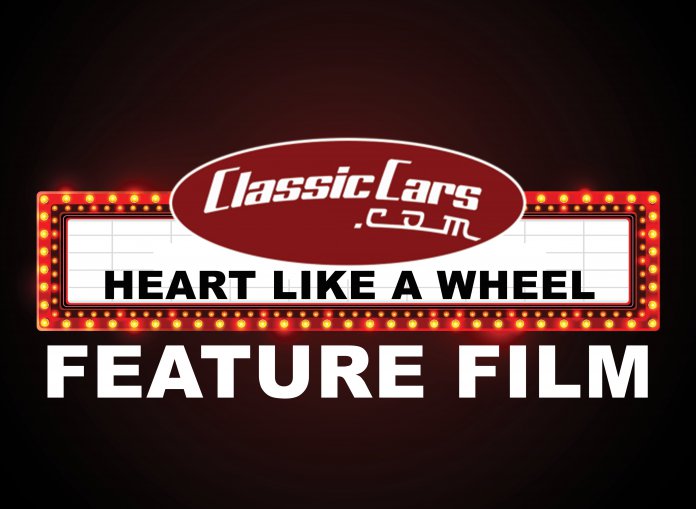 Heart Like a Wheel is the 1983 drama on the life and career of the legendary NHRA Top Fuel three-time world champion, Shirley “Cha-Cha” Muldowney. She is not just a hero in the vein of Amelia Earhart, advancing the abilities and cause of women, but a hero to anyone who has dealt with adversity in life.

Certainly the film is a story of the struggle of a talented racer dealing with the misogynous establishment, but it runs deeper into the personal struggles with love, being a single mother and rising in a growing sport.

In 1956 Schenectady, New York, waitress Shirley Roque (Bonnie Bedelia) marries auto mechanic Jack Muldowney (Leo Rossi) over the mild objections of her singer father Tex (Hoyt Axton), who wants her to be able to take care of herself, rather than having to rely on a husband. Jack buys a gas station, Shirley becomes a housewife, and they have a son.

For fun, Jack races his sports car against others on deserted stretches of road late at night. One time, Shirley talks him into letting her drive. She wins and continues winning. A chance encounter with professional driver “Big Daddy” Don Garlits (Bill McKinney) gives her the idea to look for sponsorship from one of the major car manufacturers, despite her husband’s skepticism. This being the 1950s, a pretty housewife is not taken seriously, especially since there are no women professional drivers. But when she returns home, Jack tells her that he can build her a dragster.

In 1966, she is ready. She still needs to get three signatures before she can get her National Hot Rod Association (NHRA) license, nearly impossible in the macho racing world. Finally, Garlits (seeing an opportunity to broaden the popularity of the sport) signs, followed by funny car driver Connie Kalitta (Beau Bridges), who has his own reasons; Connie talks a reluctant third driver into going along. In her first attempt to qualify for a race, she sets a track record. Later, during a dinner with their respective spouses, Connie gets her alone, makes a pass at her, and she slaps him in the face.

Shirley becomes successful, racing on weekends, but when Connie decides to move up to Top Fuel dragsters, she wants to buy his funny car and compete year round. This exhausts Jack’s tolerance for Shirley’s racing activity, as he feels neglected, and they separate.

Connie and Shirley become involved romantically, despite his continual philandering. In a 1973 race, Shirley’s funny car is destroyed and she is seriously burned. When Connie is suspended indefinitely by the NHRA for fighting on her behalf, she tells him that she is going to Top Fuel. He becomes her crew chief. She wins her first NHRA national event in 1976, then the World Championship in 1977. Finally, tired of Connie’s womanizing, she drops him from her team. Angry, he successfully pursues reinstatement by the NHRA.

Shirley, with little sponsorship and an inexperienced crew, has two lean years, but she rebounds in 1980. She races against Connie in that year’s NHRA championship final. She is victorious, and they reconcile. Jack, her ex-husband (who had watched the victory on TV), gives her a private cheer.

What follows is video I took a few years ago of Shirley, aged 77, firing up one of her championship-winning Top-Fuel cars at the Automotive Driving Museum. What a thrill!