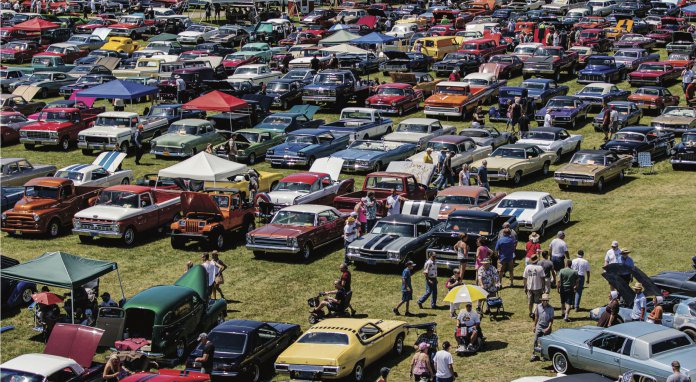 Today is Collector Car Appreciation Day (CCAD). While not a federally recognized day off, it is a recognized holiday, as the SEMA Action Network (SAN) wants to “raise awareness of the vital role automotive restoration and collection plays in American society.” This is the 11th such holiday.

SEMA has suggested a number of ways to celebrate the holiday: by attending an official vehicle-inspired event or web-based celebration; by hosting your own safety-minded gathering, club meeting or online gallery;  by promoting a “Holiday Sale” at your business in-store or online; By inviting partnerships with nearby enthusiast-related groups if possible; and most importantly, by driving your special ride—new or old—whatever the destination.

“The holiday is intended to celebrate the classics of the past and the future,” according to a SAN spokesperson. “The U.S. Congress has helped launch CCAD by introducing resolutions each year at the SAN’s request.  This year, the U.S. Senate passed Senate Resolution 650 (S. Res. 650) and a similar resolution was also introduced in the U.S. House of Representatives (H. Res. 998).  Each resolution was sponsored by co-chairs of the SEMA-supported Congressional Automotive Performance and Motorsports Caucus.

“These Congressional leaders have been strong advocates for the automotive hobby in Washington, D.C., and recognize the integral role collector cars have played in fostering our nation’s appreciation for the automobile’s unique historical place in our history.”

A number of officially scheduled events commemorating America’s love affair with the automobile have been posted by SEMA.  Several individuals, car clubs and business owners have developed in-person events or virtual gatherings. The participating organizers will be awarded a copy of the Congressional resolution.  For those unable to celebrate on July 10, SEMA encourages events to be scheduled throughout the month of July 2020.

To see a list of a gatherings on-line or near you, see the SEMA Action Network.