What could be more appropriate for the 4th than a defining car? 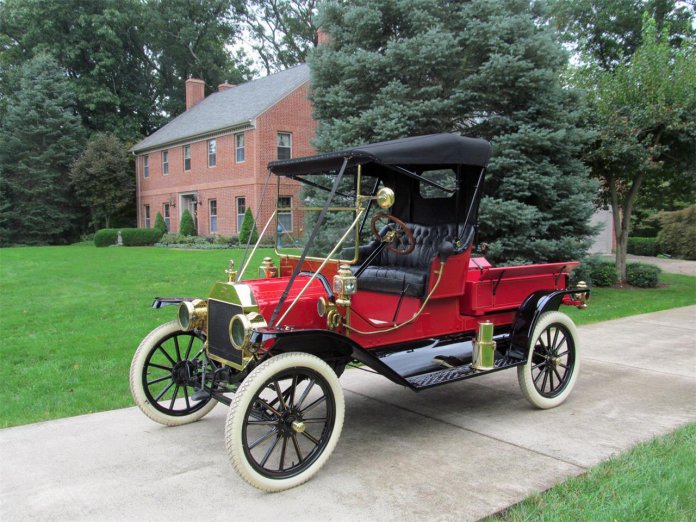 For all his quirks, Henry Ford was a great American. He loved Americana. He gave the American middle class a new way to travel and in so doing, complete freedom of movement – affordably. He was friends with other great inventors, including Thomas Edison. Reluctantly, he helped Roosevelt beat the Axis powers in WWII as part of the Arsenal of Democracy.

The Pick of the Day for the Fourth of July is a 1912 Ford Model T Runabout roadster with a pickup box offered on ClassicCars.com by a dealer in Norwalk, Ohio. This is the car that revolutionized the way goods are manufactured with the everyday owner in mind.

The first year of the conveyer assembly line was actually 1913. Ford incorporated it, but some of the credit must go to Ford employees Clarence Avery, Peter E. Martin, Charles E. Sorensen, and C. Harold Wills for conceptualizing the process. By 1927, when production ended for the Model T to make way for an all-new Model A, the first mass-produced car represented nearly half of all cars on the road.

Ford actually lowered the price of the car each year because of realized savings in manufacturing, which was passed onto the consumer. He sold the cars through a network of franchised dealerships and came up with creative financing to get people behind the wheel. The result was 16.5 million Model Ts sold. Its record for the best-selling car in the world stood for 45 years.

In 1914, Ford also paid his assembly-line employees nearly double that of his competitors. A $5 a day wage seemed crazy, but it helped Ford attract the best workers – who in turn would be consumers of the product. His competitors would then need to raise the pay rate for retention of their best employees.

The dealer also says that a modern acetylene tank is mounted behind the seat and provides gas for the working headlamps. There are a few other “modern features” including an accessory electric STOP lamp,  a running-board-mounted tool box and both battery and magneto, making for easy crank starts. The powertrain is a 177 cid 4 -cylinder engine through a planetary transmission.

Go Electric On Your Last Ride