Indy 500 winner and IndyCar team owner, Bobby Rahal, takes us on a tour of his “car barn” 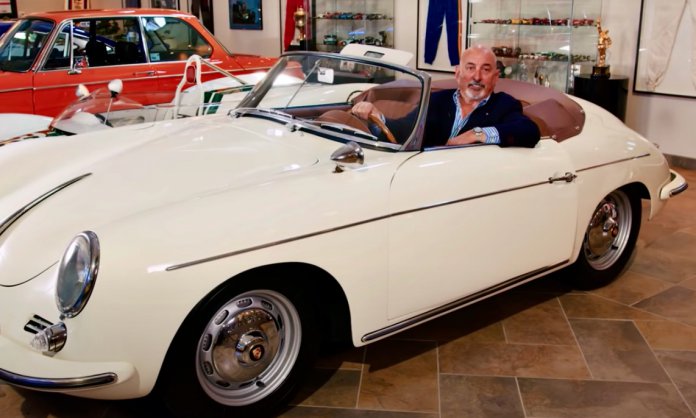 Bobby Rahal has been a fixture in racing for many years. He has competed in just about every form of motorsport on the biggest stages in the US and Europe. Currently, Rahal owns a chain of car dealerships; co-owns Rahal/Letterman/Lanigan Racing; is on the Board of the Petersen Museum; and is the president of the Road Racing Drivers Club. He is also a keen car collector.

Today’s matinee takes us to Bobby’s private stash. There are amazing classics, race cars and a few future classics. The Rahals have always loved cars. Bobby’s father, Mike, was a successful road racer and two generations later, Graham Rahal, is a driver currently in the IndyCar series. Of note, Graham was the prior owner of the Porsche Carrera GT involved in the crash that killed actor Paul Walker and Roger Rodas.

This Petersen Museum production is a nice walk through of the collection with stories and histories told by the 1986 Indianapolis 500 champion himself. The video is in two parts and part two can be found here. Situated on a private racing circuit, the ability to drive these cars with gusto is just a matter of pulling it out of the garage.