Ever wonder what music our managing editor listens to while turning a wheel? Here you go 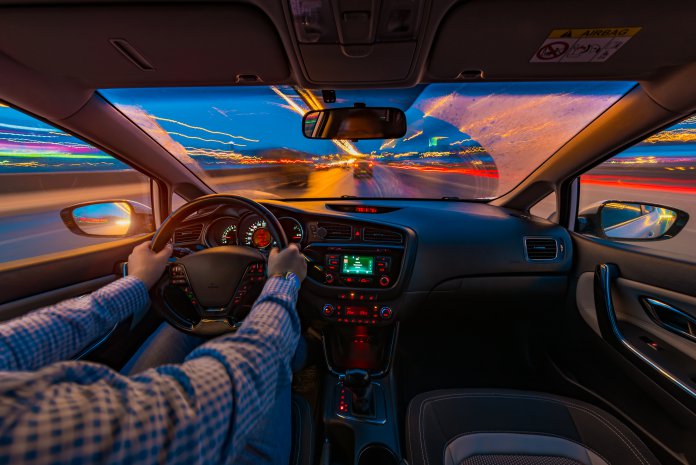 In the past several months, we have seen much in the way of paradigm shifts in the car world, but one thing that won’t change is the correlation between cars and music. Whether we are singing along to our favorites – loudly, like no one is listening, in the car — or shaking the fasteners loose with deep bass from hip-hop, we all have our favorites.

Jay Leno recently said, in a ClassicCars.com article, that the “wrong music is being played at car shows.” As most walk around said shows, the PA Systems will play the usual Beach Boys, Jan and Dean, Chuck Berry. Nothing particularly wrong with that, particularly if you are a nostalgic baby boomer. Newer relatable songs are beginning to be played at certain shows. This could be one of the smaller but important shifts that will attract the next generation. 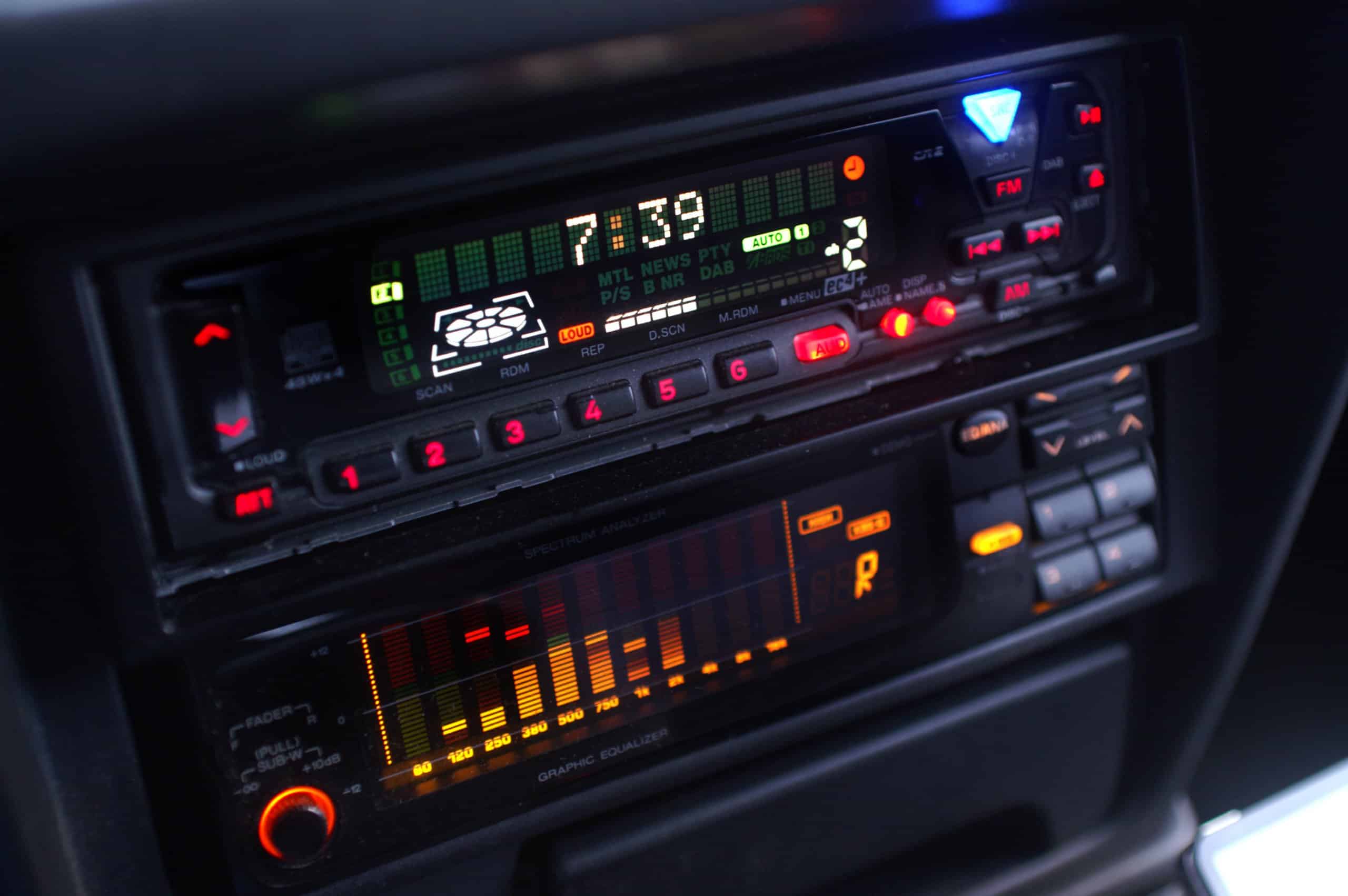 Here’s a list of many of my go-to songs for driving. Each encapsulates certain moods, driving styles, events and car types. Some make me laugh, some make me sing along and some make me keep my foot on the loud pedal. Links to the songs are included to go make a mix tape. Happy driving…

Uneasy Rider – Charlie Daniels
Charlie Daniels is not only musically gifted, he is one of the great American storytellers. From the moment he was “Takin’ a trip to L.A., tooling along in my Chevrolet. Tokin’ on a number and digging on the radio…” a story of pure Americana unfolds for the listener when he gets a flat tire and has to stop at a “Redneck lookin’ joint called the Dew Drop Inn” while the tire gets fixed. Hilarity ensues. It’s funny. It takes a surrealistic look at society, circa 1973. I never get tired of this one.

Grand Prix Overture – Grand Prix Soundtrack
Remember when epic movies had complete scores? The wonderful Frankenheimer classic from 1966 had an appropriately epic soundtrack. The ferocity of the orchestral piece puts you in the seat of a 1960s-era F1 car and takes you for a ride – and then the blood really starts pumping.

Formula ‘98 – DJ Visage
Entirely in German but celebrating the World Championships of Michael Schumacher, this is a perfect song for driving fast – or pumping iron. The Euro-electronica mixes 18,000 rpm revving in time with the beat and breaks then declares: “Michael Schumacher ist Weltmeister!!!”

Jesus Built My Hot Rod – Ministry
During the early 90s, the industrial and hardcore genre featured Al Jourgensen and Ministry, who gave us the catchy almost-bubblegum Everyday is Halloween, erupted into our eardrums with this piece that sends the senses into a high-horsepower trip down the quarter mile.

Jeepster – T. Rex
Sadly and ironically, Marc Bolan would die in a car crash before realizing the fame and influence that songs like Bang a Gong would have on future generations. Bolan sings “Just like a car, you’re pleasin’ to behold, I’d call you Jag-U-ar if I may be so bold…” Truly a car-centric love song. The beat sends you down the road in an old Willys. “Girl, I’m just a Jeepster for your love…”

The Car was the One – Mark Knopfler
Knopfler and his band, Dire Straits, almost single handedly ended the disco era as Sultans of Swing broke through the leisure suit-clad dancing baby boomers, putting the guitar back at the forefront of popular music. A lifelong race fan, and now vintage racer like fellow rock stars Nick Mason (Pink Floyd) and Brian Johnson (AC/DC), Knopfler hopped out his Maserati and penned this tale. It is a beautiful story is about his obsession with a race car “…back in ’63…” (a Cobra) and a nod to Mark Donohue.

Mustang Sally – Wilson Pickett
The original, just like the car, is timeless. There were many copies produced of both the song and the car, so they certainly have that in common. That guitar/bass riff in the beginning is always recognizable. Always puts me in a good mood. You will hear this at just about every car show, but in my opinion, it’s one of the songs that should always remain on the playlist.

Highway Star – Deep Purple
Exploding through the hi-fi speakers in 1972, this classic opens up the multi-platinum album Machine Head with a high-speed run down the highway well into the triple digits. There are a couple others on this album worth a listen including Smoke on the Water, Space Truckin’ and Lazy. Highway Star is one of the songs I will listen to prior to getting into a race car. It’s is pure red mist in your visor.

Red Barchetta – RUSH
The visuals for the imagination from this beautiful story are vivid. A young man hops the “turbine freight” to his Uncle’s “Country place that no one knows about…” to drive the “old machine” in his barn. The story paints a picture of automotive passion that finds itself embedded into car culture.

Bitchin’ Camaro – The Dead Milkmen
Completely irreverent and so very slacker generation. “How are you going to get to the shore?” “Oh, funny you should ask, I have a car now. Yea, my parents drove it up from the Bahamas.” The Philadelphia, Pennsylvania, punk scene rivalled New York and California in many ways and the Dead Milkmen were at the forefront. From the first time I heard it, I couldn’t just call a Camaro a Camaro anymore.

Steady at the Wheel – Shooter Jennings
Son of Waylon Jennings, Shooter has become a very successful recording artist and producer in his own right. In 2009, he “put the ‘O’ back in country” with his country rock brand of L.A.-infused homestyle music. The driving pulse of Steady at the Wheel is another of musical note to drive past the speed limit. Catchy rock riff and country inspired chorus it’s a great blend to hit the loud pedal and go.

Honorable Mentions:
These songs are not about cars, but they have significant meaning to moods and driving. 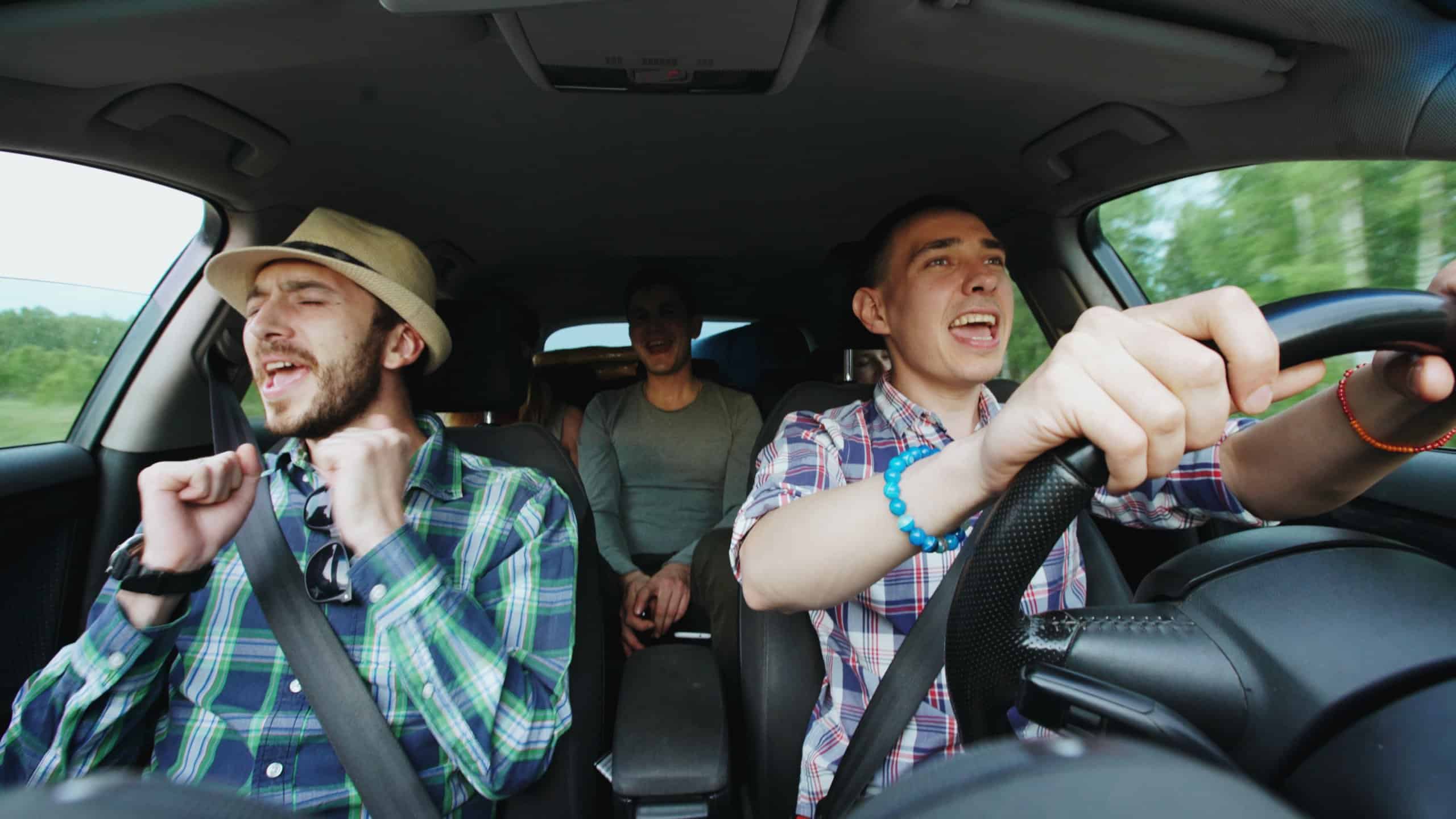 Return of the Grievous Angel – Graham Parsons
Parsons has been dead almost 50 years, but his legacy has lived on in the story of his bizarre post-mortem car chase and cremation at Joshua Tree National Park near Palm Springs, California. It was dramatized in the quasi-comedy Grand Theft Parsons (on Amazon Prime Video). As I go back and forth to California from Phoenix on the 10 Interstate, it just seems appropriate to listen to Parsons’ brand of “Cosmic American Music” as I pass through his patch of beloved desert.

Love Rollercoaster – The Red Hot Chili Peppers
RHCP do a lively reading of the Ohio Players’ 1970s hit. Great California surf-punk sound added to the mix of an already a lively ditty. This recording is another song that is part of my pre-race regimen. More red mist. Always fires me up. This song does not appear to be commercially available anymore as it was part of the Beavis & Butthead Do America soundtrack, which appears to be out of print.

Rosalie – Thin Lizzy
Phillip Lynott and the gang have revved me up for decades with this reading of the Bob Seger classic. It opens the Fighting album and is my go-to song as I head to any number of racetracks in America. It began when I was first able to drive myself to Road America in my late teens. Every time I pull out of home or a hotel on my way to the track, this song is on the car stereo.