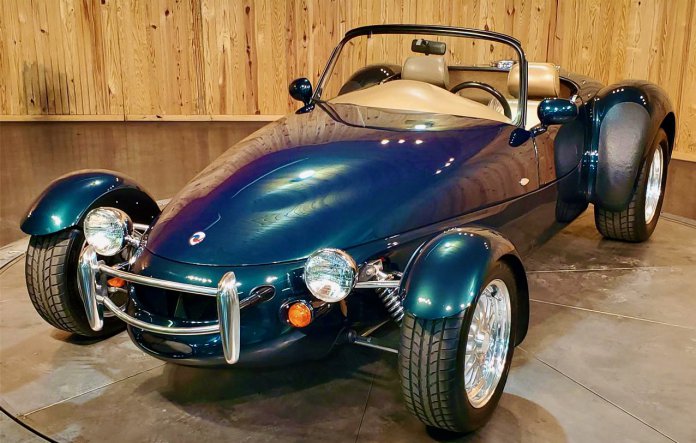 Don Panoz and his son, Dan, had an incredible impact on motoring beginning in the 1990s, and it all began with this particular model car. The Pick of the Day is a 1994 Panoz Roadster offered by a Lebanon, Missouri, dealer advertising the car on ClassicCars.com.

Don Panoz, the son of an Italian immigrant, made his mark on the world with his invention of the transdermal patch; in layman’s terms, the time-release patch used most frequently as a smoking-cessation tool. Panoz never used his own invention, though, smoking his entire life.

In his family’s announcement of his passing in 2018 from pancreatic cancer at age 83, “…he enjoyed his last cigarette and said goodbye to the world in the early hours of the morning, surrounded by his loving family.”

But in the early 1990s until the time of his passing, Panoz also made his mark on the world of motoring, when he purchased Road Atlanta, bringing the track back to spec, starting the American Le Mans Series and providing the seed money for his son, Dan’s, formation of Panoz Auto Development. This car, of which only 44 examples were built in a three-year span, began that journey of road and race cars with an exclusive clientele. 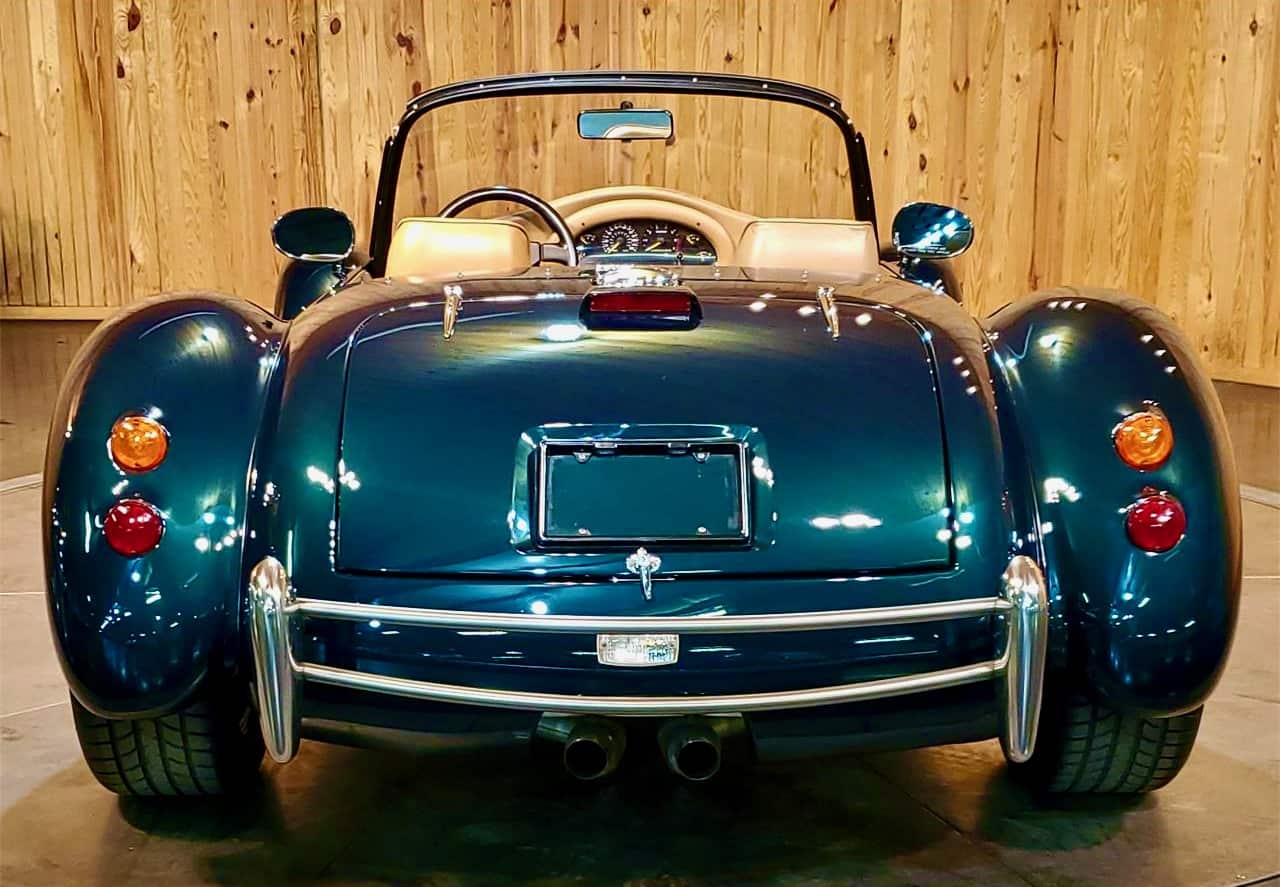 The basis of the car was a deal Dan made with Frank Costin who designed chassis for Maserati, Lotus and Lister, buying the rights to a frame. The Panoz Roadster, ahead of its time in the auto industry but a harbinger of things to come from the Big 3, was a neo-retro design. America’s automakers would take note and follow up with the Plymouth Prowler, the Chevrolet SSR and a revival two-seat Ford Thunderbird. 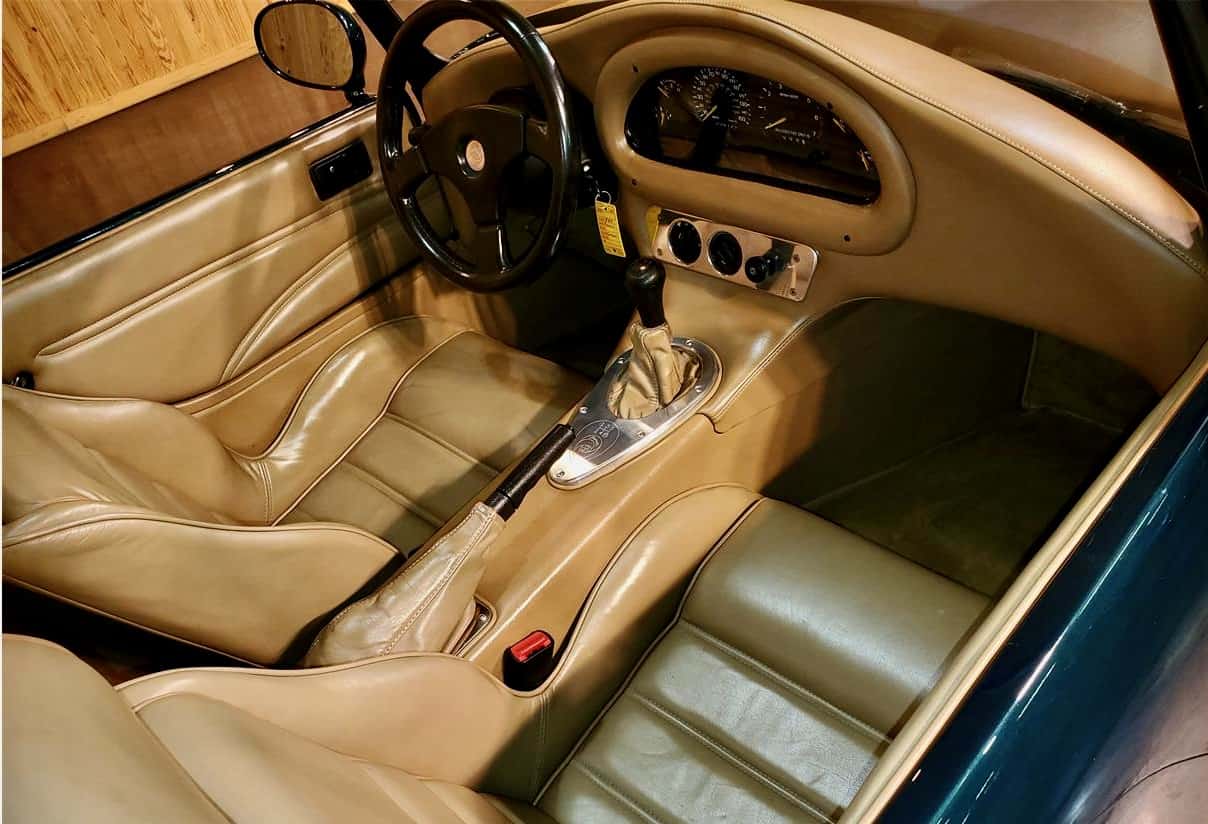 The bespoke, hand-built sports car has a fuel-injected Ford 5.0-liter engine under its hood, connected to a Borg-Warner T-5 manual transmission. Many of the car’s components including the brakes were Ford off-the-shelf items. With a curb weight of only 2,570 pounds, the Panoz Roadster is a rocket. 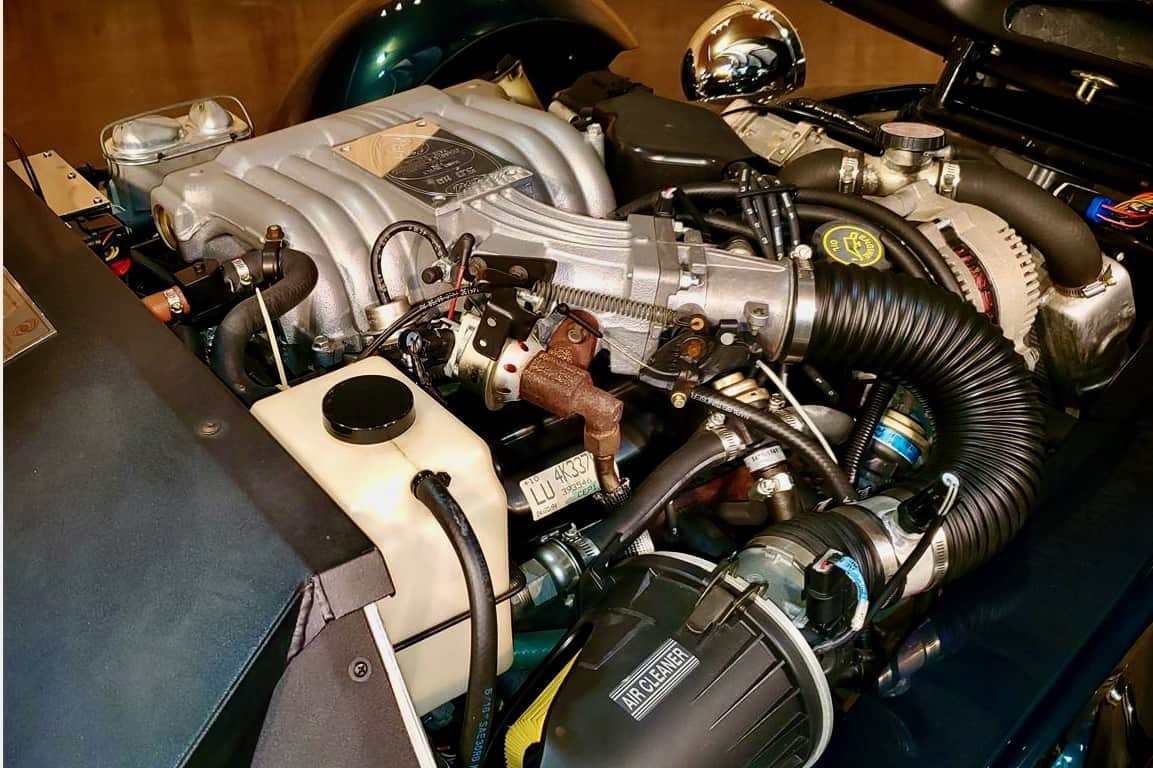 According to the dealer, “This is documented to be the second of six 1994 models sold to the public and one of the 44 ever manufactured. The Panoz is finished in Ford Emerald Green with a tan leather interior.”

Offered at $55,000 and with only 6,127 miles on the odometer, this would make a great car for any enthusiast as an investment – or just a heap of fun.