All we were doing was cruising the new American Main Street. So what if it was inside the Mall of America 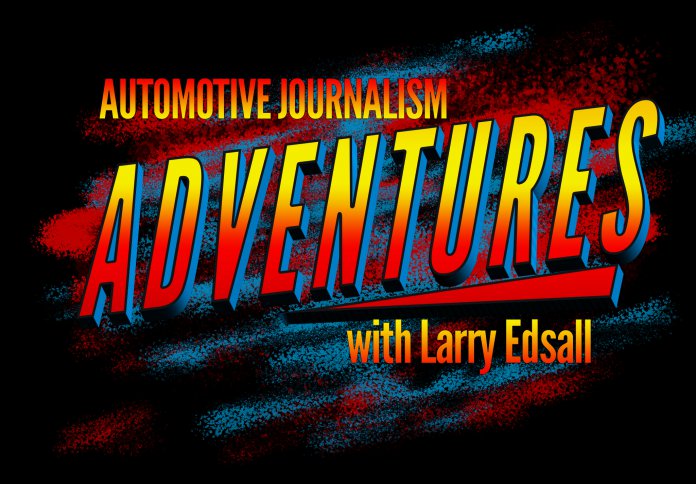 “Dad,” said Abby, my 14-year-old and youngest daughter. “If you go to jail tonight, where am I going to go?”

Ah, from the mouth of babes…

Although I knew she’d have been OK, my co-worker John Clor and his wife, Jenny, would have taken Abby for the night, my daughter’s words were enough to convince me that punching a security guard wasn’t the best way to handle the situation.

By the early 1990s, communities had pretty much frowned on cruising the ave or driving the loop or whatever the local (and often young) car enthusiasts called their Friday or Saturday night cruises, the sort of American rite of passage showcased in George Lucas’ — yes, he had a life before Star Wars — 1973 movie, American Graffiti.

Maybe it didn’t really matter, since downtowns were dying and nobody really wanted to drive there anyway. America’s new Main Streets had become the wide walkways down the middle of its shopping malls.

So why not do a cruise in a car through the largest shopping mall in the country, I wondered? And since I was the managing editor at AutoWeek magazine at the time, I thought I could pull off just such a stunt.

As it turned out, Ford was the official automotive sponsor of the Mall of America, which allowed it to display some of its new vehicles. Folks at Ford not only made a couple of introductions to mall staff for me, but offered the use of a stunning yellow Mustang LX convertible for the drive from Detroit to Minnesota’s Twin Cities and back.

The mall was willing to go along with the stunt, but with some restrictions: We could have only 1/8 of a tank of gasoline in the car while it was in the mall, we had to have a $1 million liability insurance certificate in case anything went wrong, and we couldn’t actually drive the car inside the mall until the stores were closed for the evening.

We’d then have the more-than half-mile first-floor loop as our cruise route, though we’d still have to watch out for pedestrians since there would still be people inside the mall even after the stores closed.

Our plan for the photos to run with the article was to have John’s wife, Jenny, in the driver’s seat and my daughter, Abby, in the passenger’s seat, as though they were window shopping as they drove along inside the mall.

We arrived early, met the mall’s marketing manager, and the mall security and maintenance staff who maneuvered two sets of large glass doors to make an opening wide enough for the Mustang to be driven into the mall.

We drove about midway into the mall, greeted along the way by exiting shoppers and clerks and people coming out of restaurants, all pretty consistent in expressing how cool it was to be cruising the mall in a real car.

Things were going so well that the mall’s marketing manager decided he’d had a long day and headed home. Less than 5 minutes later, came the shift change for the mall’s security staff and a young mall cop wandered up, said he liked the car, and told us about his own set of wheels.

Oh, he added, you cannot drive the car in the mall.

How do you think we got it here, I asked? He said he didn’t care and radioed his supervisor, who finally showed up and radioed yet another supervisor. They all agreed that the car could be driven no further on their watch.

I was furious. I abhor violence but was ready to punch someone when my daughter expressed — as usual — her voice of reason. My next impulse was to close the convertible top, lock the keys in the car and tell Ford it could pick up its car.

Oh, the guards said, you can move the car, you just cannot drive it. But you can push it.

Fortunately, John Clor recruited a few teenagers still in the mall to do to the pushing, the rest of the way through the mall and out the doors.

As it turned out, the mall informed me later, the overnight security crew hadn’t read the memo about our visit. Sorry about that.

“As we’ve noted,” I wrote in my magazine cover story, “malls owe their existence to the automobile. But their gratitude goes only so far. At least you could drive along the old Main Street. If you want to cruise the mall, you have to walk.”

“… malls may become as deserted as downtowns,” I suggested.

“You’d think malls would want to reconfirm their relationship with the motoring public and do whatever it takes to encourage people to get into their cars. After all, shopping habits are in flux. Millions may go to the mall, but millions of others are staying home. Catalog sales are growing.”

I mentioned QVC and the Home Shopping Network and the growth of shop-at-home sales. Who knew that just a year later, Jeff Bezos would launch yet another at-home sales outlet he called Amazon?