The Pick of the Day is a gorgeous-looking 1957 Cadillac DeVille convertible advertised on ClassicCars.com with photos that look like they came from a Hollywood movie set.

The classic midcentury luxury craft is beautifully presented in front of the kind of stately home that a Cadillac owner might have possessed at the time, such as one of the Madison Avenue execs portrayed on TV’s Mad Man series.

(Note to other ClassicCars.com advertisers: great “atmospheric” photos of your vehicle for sale gain attention and boost interest.) 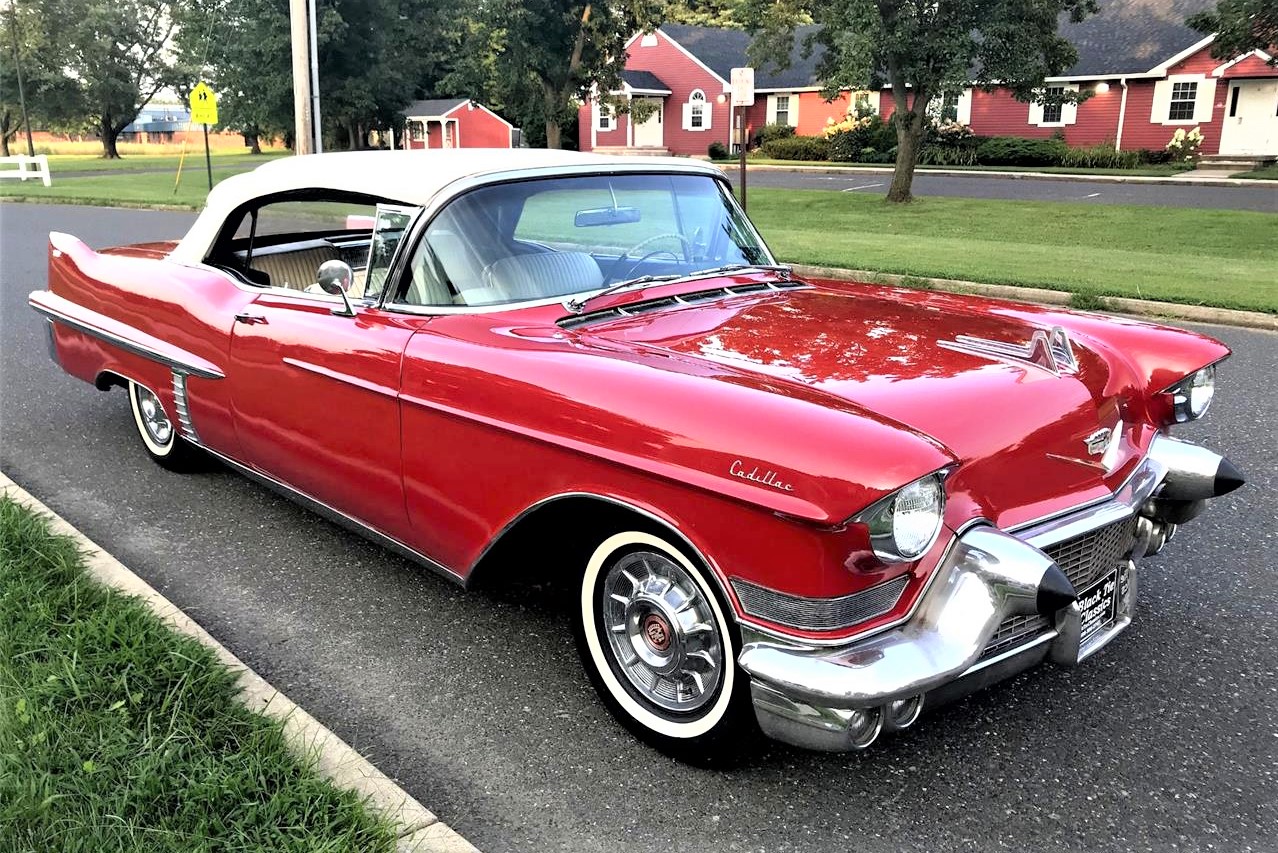 The convertible “looks fantastic” with a solid, straight body and in excellent running condition, and it has just over 69,000 miles showing on the odometer, according to the Stratford, New Jersey, dealer advertising the Caddy.

“If you were to ask me to tell you what the car needs, I would say nothing; we did it all,” the dealer says in the ad.

The Cadillac recently received a complete tuneup and brake job, the seller adds, and everything including all power features and the AM/FM radio are in working order. 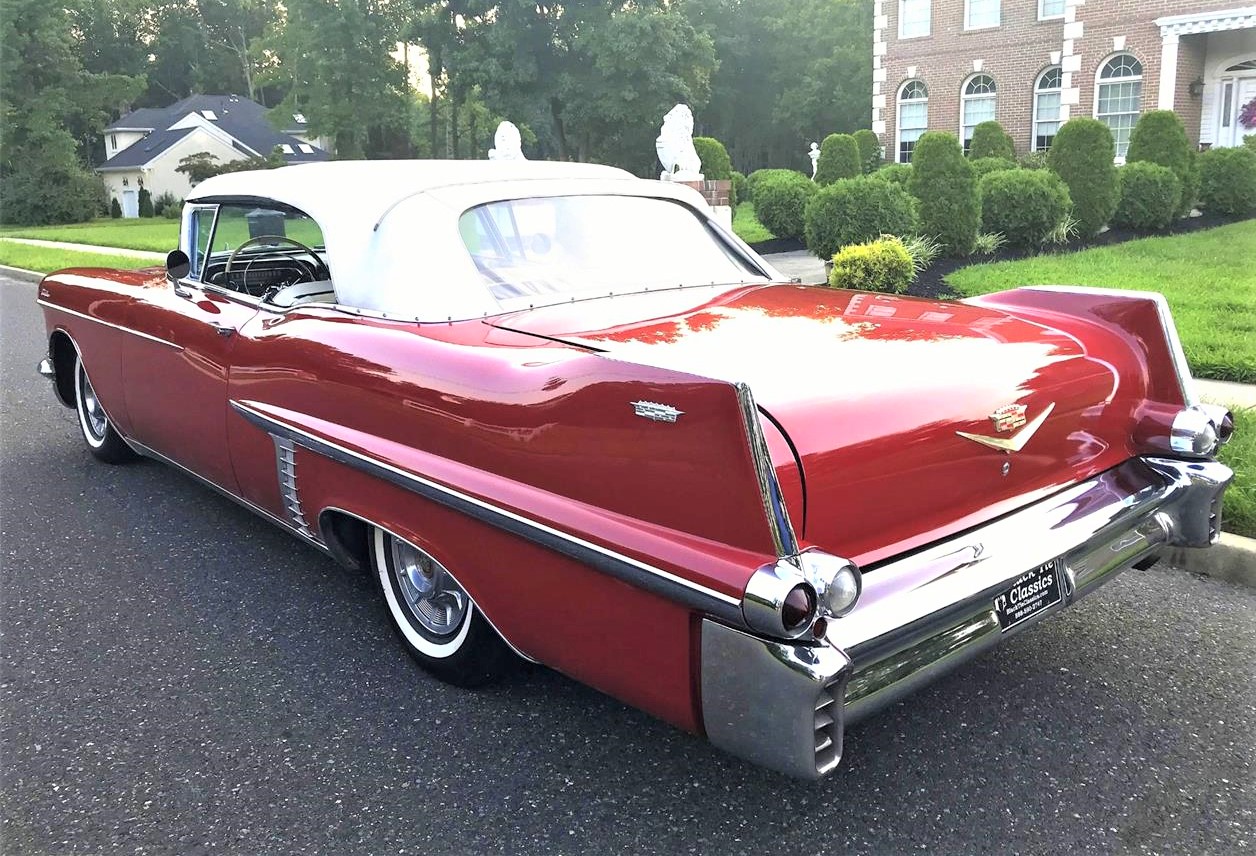 “The body and paint look great, lots of new chrome shiny and gleaming,” the ad says. “Looks and runs like a million, everything works as it should.”

Tailfins were starting to reach for the sky during this era of automotive design and 1957 GM cars were sprouting theirs.  These fins are tall and stately, integrated well into the somewhat boxy styling, accentuated up from by a massive chrome bumper with a prominent set of “Dagmars” protruding forward. 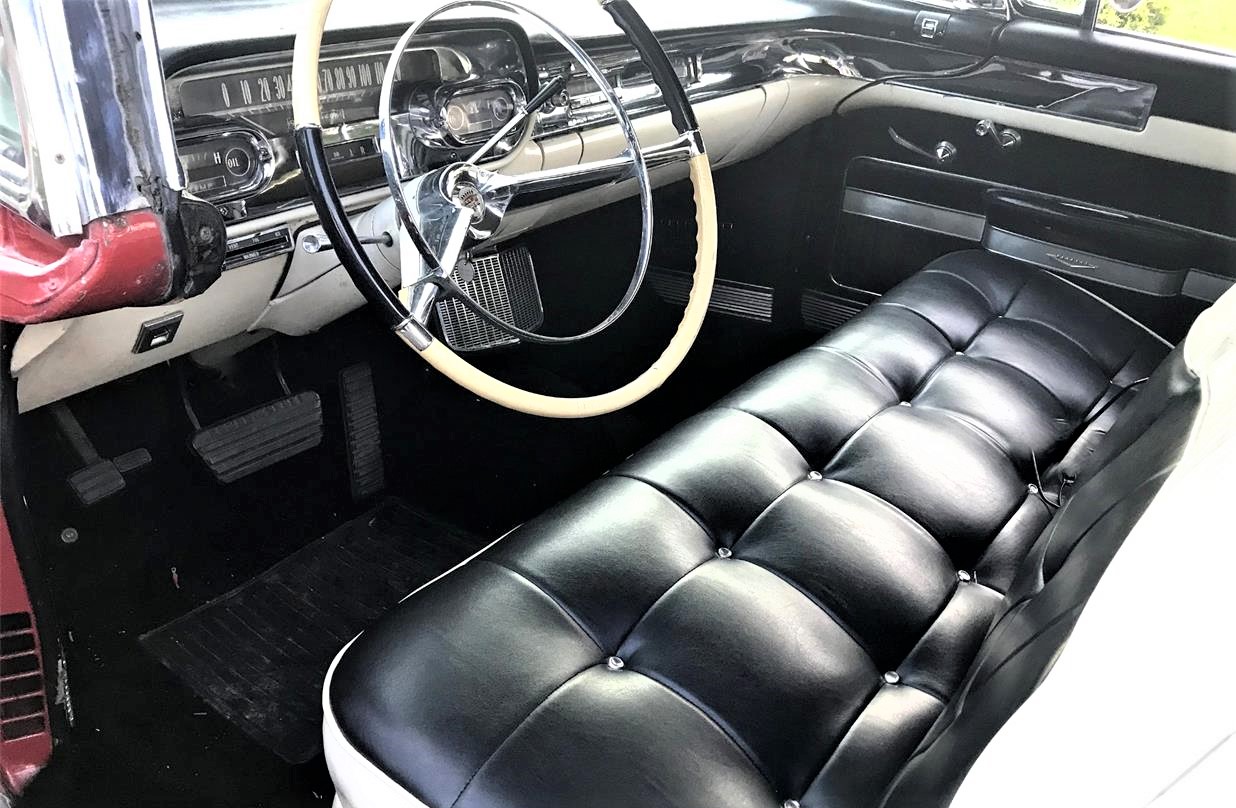 The Caddy is likely powered by the standard 365 cid V8 engine and 3-speed automatic, which should provide plenty of cruising power for the 5,000-pound-plus craft.

This car looks exceptionally straight in the photos, with a nice interior and trim.  The asking price is $75,990.