Cadillac didn’t build station wagons in 1976, but someone did 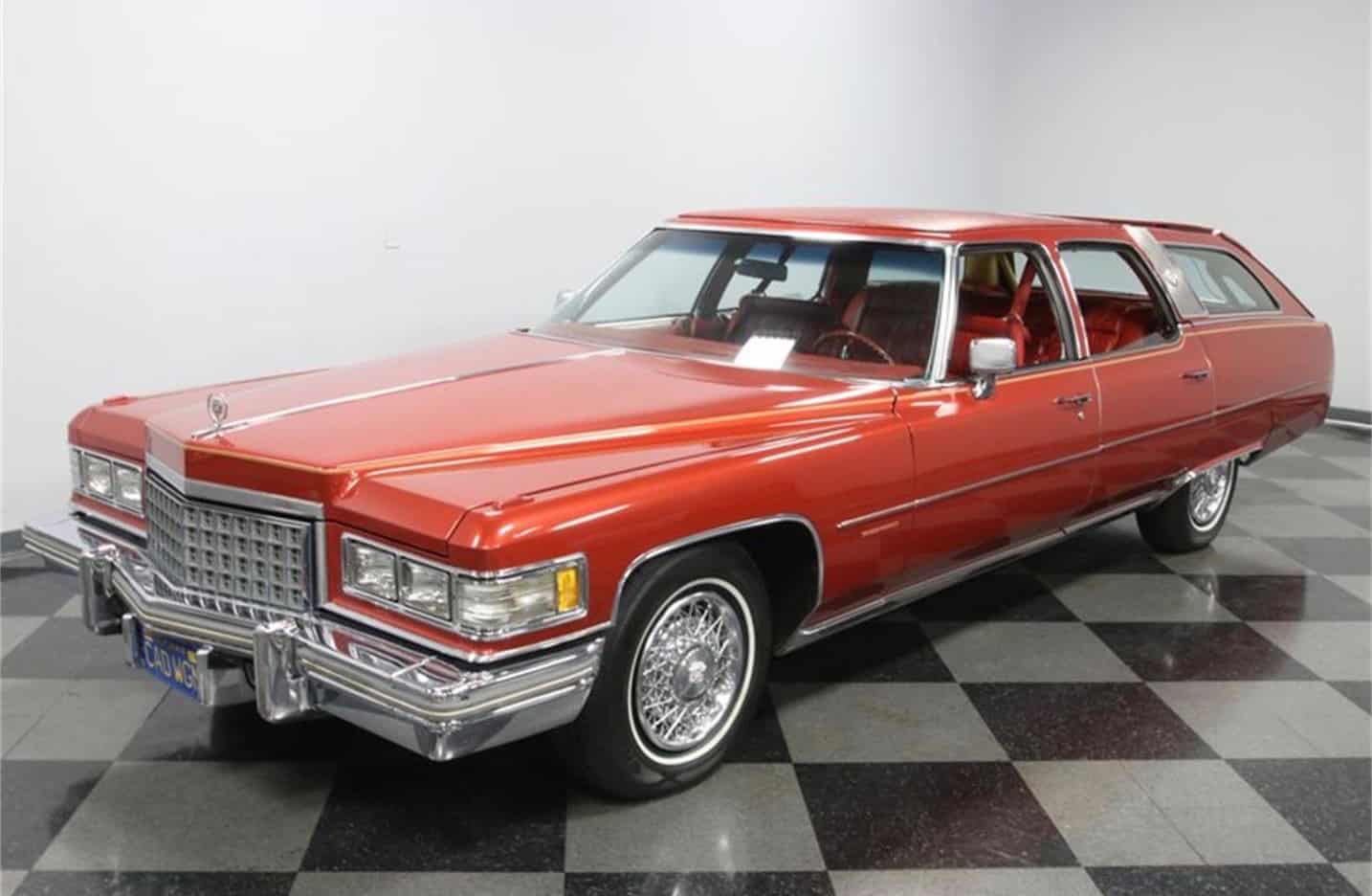 You are correct. Cadillac wasn’t building station wagons in 1976. And yet the Pick of the Day is, indeed, a 1976 Cadillac Fleetwood Castilian station wagon advertised for sale on ClassicCars.com by a dealership in Concord, North Carolina.

Traditional Coachworks claimed its conversions were done “to Cadillac standards.”

The dealer offering this example says it is “a terrific-looking survivor-grade” wagon that has been driven an average of less than 250 miles a year.

“That’s how you get a survivor-style machine that looks this good,” the dealer’s advertisement proclaims.

“The bold Firethorn Red is original to the car and has a nice shine to really draw attention to the special curves of this Caddy. It also helps that the body panels still have a factory level of precision — even on the special tailgate.”

The advertisement points out that the “full-length pinstripe coordinates with the special interior carpeting, and the stainless-steel hoop on the C-pillar is a callback to the hand-built 1957 Eldorado Brougham. It was quality craftsmanship, which made these exceptionally expensive.”

As you would expect, the wagon has power front seats, windows, tilt-and-telescoping steering wheel, and door locks.

“Because this was such an expensive machine, there are also nice upper-class extras on the Castilian, like limo-style footrests for the rear passengers and plush sheep’s wool carpeting for everyone.”

Power is provided by a 500cid V8 engine, which the dealer notes is the largest ever installed in a Cadillac (1976 was the final year such an engine was offered, the dealer adds). The engine is linked to a 3-speed automatic transmission. 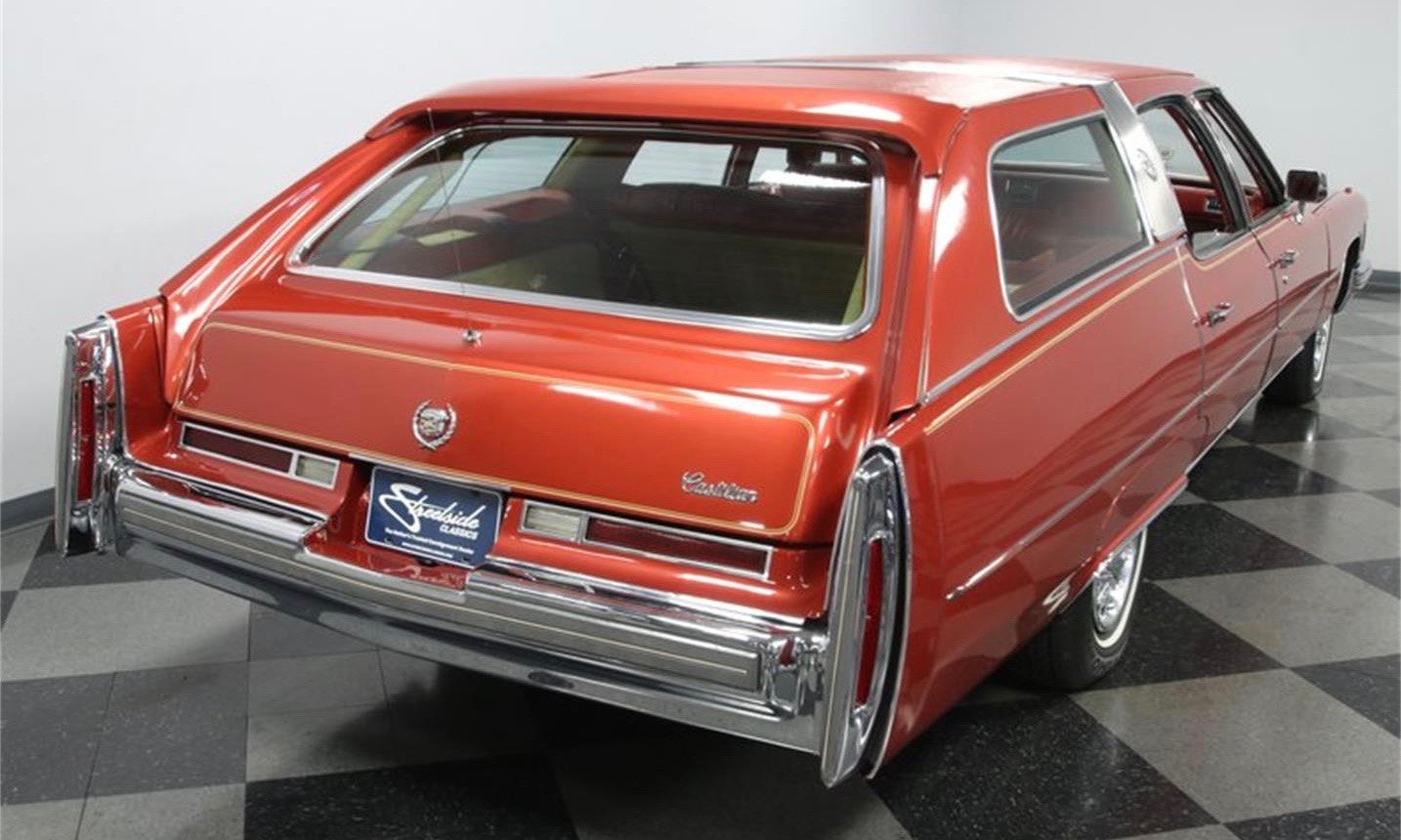 The asking price is $54,995. To view this listing on ClassicCars.com, see Pick of the Day.