Central Hall at the Las Vegas Convention Center is where I spend most of my time.  Major manufacturers including Toyota, Chevrolet, Ford and Honda are featured there year after year.  This year, I was drawn more to the Honda display due to the variety and specifically because of a perfectly placed piece of history: A 1968 Honda S800 Coupe dubbed the “Outlaw.”

Based off an original S800, one of the first production cars Honda made, producer and actor Daniel Wu built this custom piece of Honda history.

Instead of doing a ridiculous engine swap, Wu decided to have the original 800cc 4-cylinder engine rebuilt back to new condition.  I’m not necessarily a purist but am very pleased that he made that decision.

I did state that it was a “custom” build and there are several custom features.  A custom body kit was made by Pandem’s Kei Miura, a name likely to be mentioned for the kits produced for several of the 2020 Toyota Supras displayed this year at the SEMA Show.

Pandem offers a variety of wide-body kits for imports, exotics, domestics and European cars, but this kit is bound to remain one of a kind. 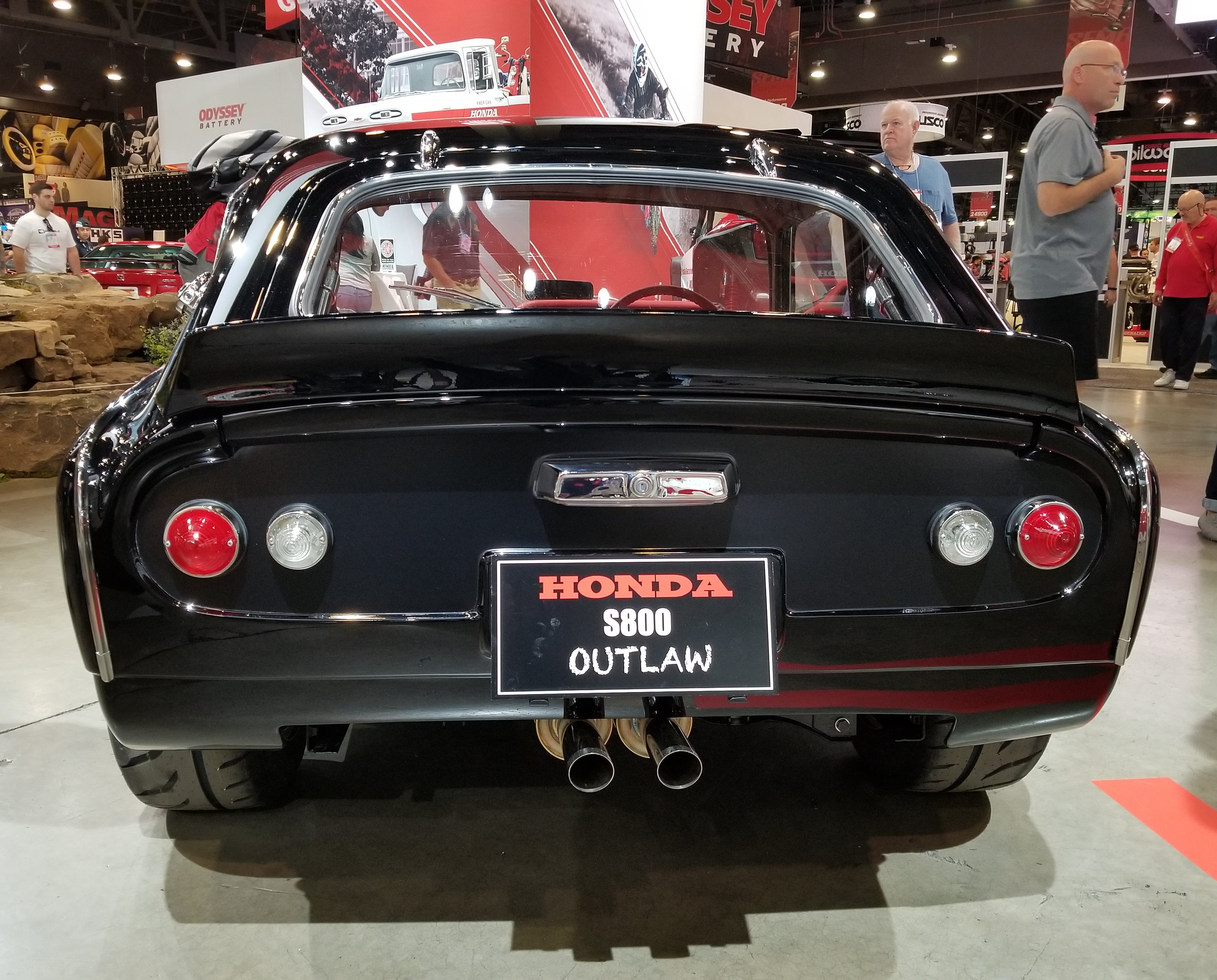 The kit includes custom flares and air dam that emphasize the wider stance achieved by fitting the S800 with 13-inch OEM wheels widened by 7 inches in the front and 8 in the rear.  Custom suspension dropped it about two inches from stock. Greddy built a custom exhaust system that exits in the middle of the vehicle’s rear end. 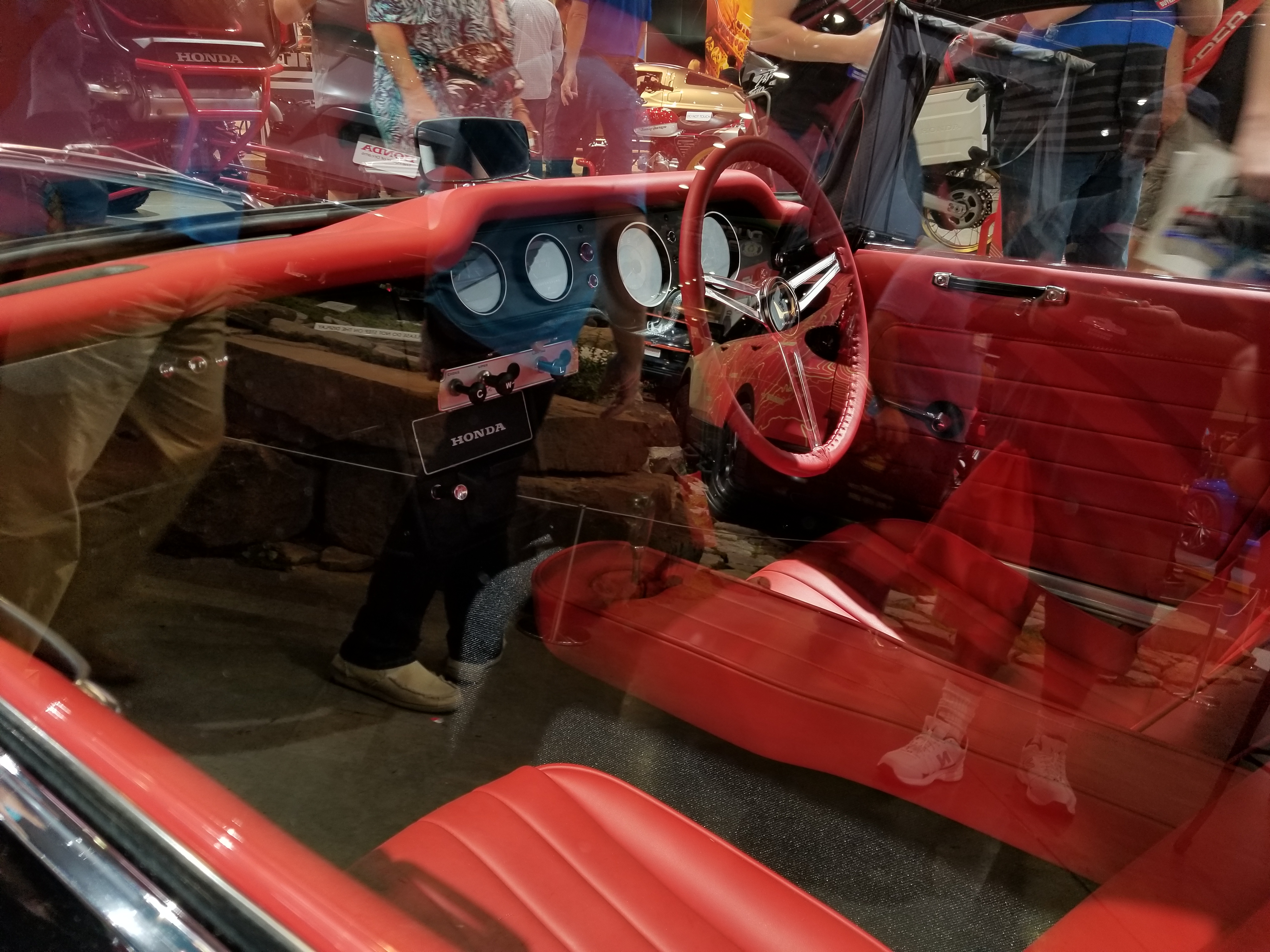 A delightful cherry on top was the beautiful cherry-red leather interior.  Another notable touch was the fact that the steering wheel was still the factory wheel but was wrapped in the same red leather.  This completed the “classic tuner’” look fitting for the “Outlaw” nickname.

At SEMA, Honda celebrates 60 years in the US market with a curated display of various historical vehicles mixed in the current and future production vehicles.

But also accompanying the S800 was a restored Chevy pickup that was purchased and used by Honda in 1959 when it opened for business in the US, using the pickup truck to deliver motorcycles to dealers.

Alongside the pickup was a 1999 Civic Si that won the Civic Si Challenge back in 2000.