All the awards but one had been handed to various car owners at the 69th Pebble Beach Concours d’Elegance. That award was the one those car owners wanted most: Best of Show.

Time passed. Spectators were entertained by music, and were told to enjoy the sun shining on a wonderfully cool day along the California coast. Head class judges were reminded to turn in their Best of Show ballots, and then the announcer reminded what apparently was the last judge to please put the ballot in the box.

All of which seemed to indicate that the decision this year was very close. Indeed, once the ballots were counted, four cars, not the typical trio, were called to the base of the awards ramp.

Finally, the announcement was made. The Best of Show honors at Pebble Beach 2019 went to a 1931 Bentley 8 Litre Gurney Nutting Sports Tourer owned by Michael Kadoorie, who is known back in Hong Kong as the Honorable Sir Kadoorie, billionaire chairman of electrical power provider CLP Group and head of the Hongkong and Shanghai Hotels (aka Peninsula Hotels) group.

Kadoorie is a well-known car collector whose hotels, such as the nearby Quail in Carmel, host major car shows and sponsor the Best of the Best award, a contest open only to Best of Show winners at the world’s major concours.

In a post-event statement, Kadoorie said, “The Centennial of Bentley may have played a role in this award, but the 8 Litre is the ultimate W. O. Bentley–era automobile. This is the car that represents Bentley at its finest, and I have been very fortunate to have a car that has this elegance and finish, and that the Pebble Beach Concours feels is worthy.”

“This Bentley exudes strength and confidence, and that translates into elegance,” added concours chair Sandra Button. “Yes, this is a fast, strong, sturdy car, but it also has perfect proportions, a stunning stance, and a boldness that draws you to it. When you drive it, it does everything you ask of it.”

The winner, the first Bentley to take Best of Show at Pebble Beach since 1965, is a dual-cowl version with a detachable rear windscreen and one of only two built on short chassis with the Gurney Nutting Sports Tourer coachwork, and the other one was moved onto a Rolls-Royce Phantom chassis many years ago.

Kadoorie has owned the car for nearly 20 years.

Runner-up honors were shared by the three other best in class winners: 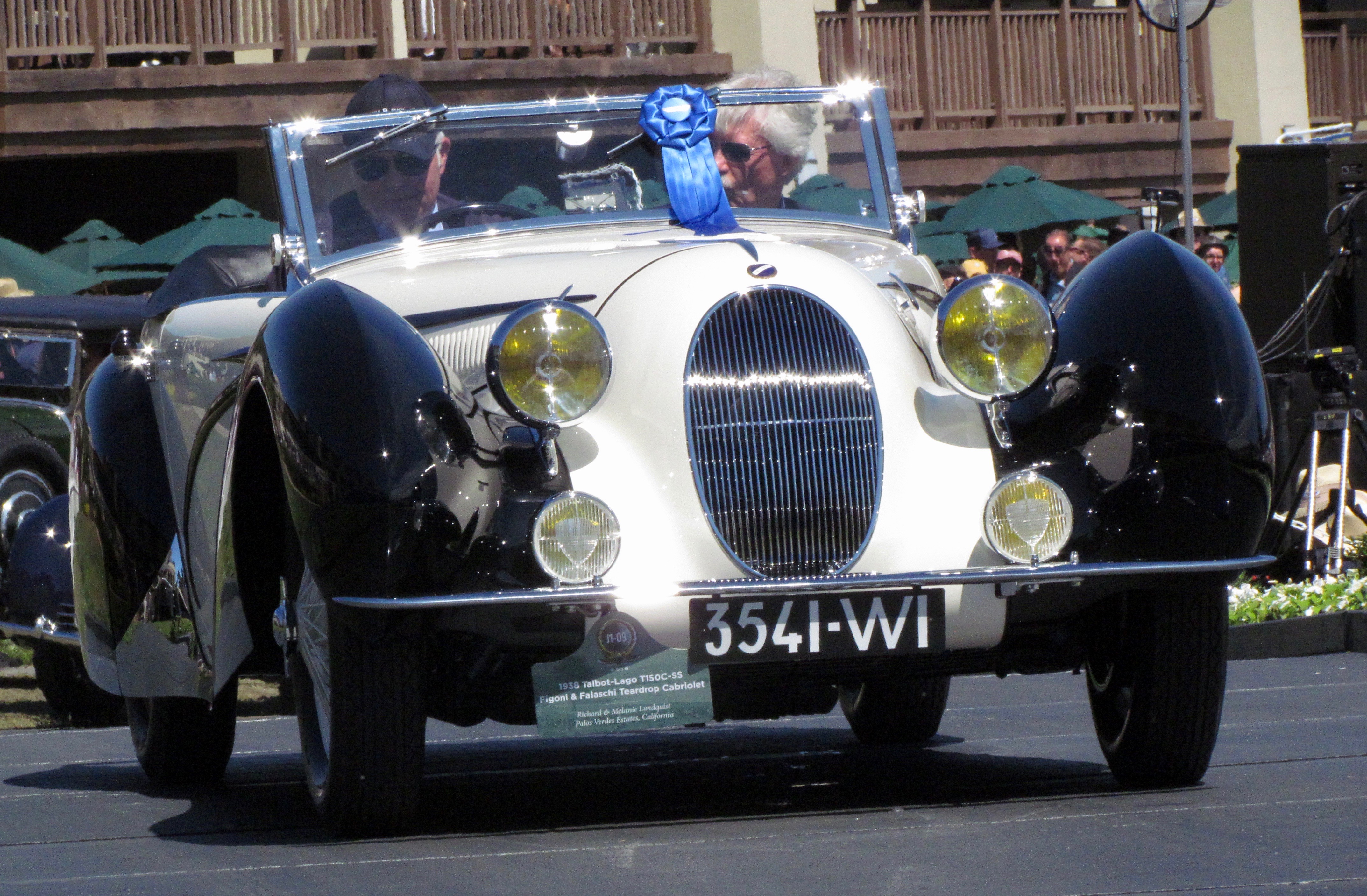 • A 1938 Talbot-Lago T150C-SS (above) with teardrop cabriolet coachwork by Figoni et Falaschi that was restored by Paul Russell and is owned by Californians Richard and Melanie Lundquist. The car’s original owner left it in Europe when he fled to Brazil. French authorities sold the car in 1952. It eventually was purchased by Vojta Mashek of Chicago, who drove it to victory in many vintage races. The Lundquists acquired the car in 2015 and had Russell restore it to its original 1938 specification. 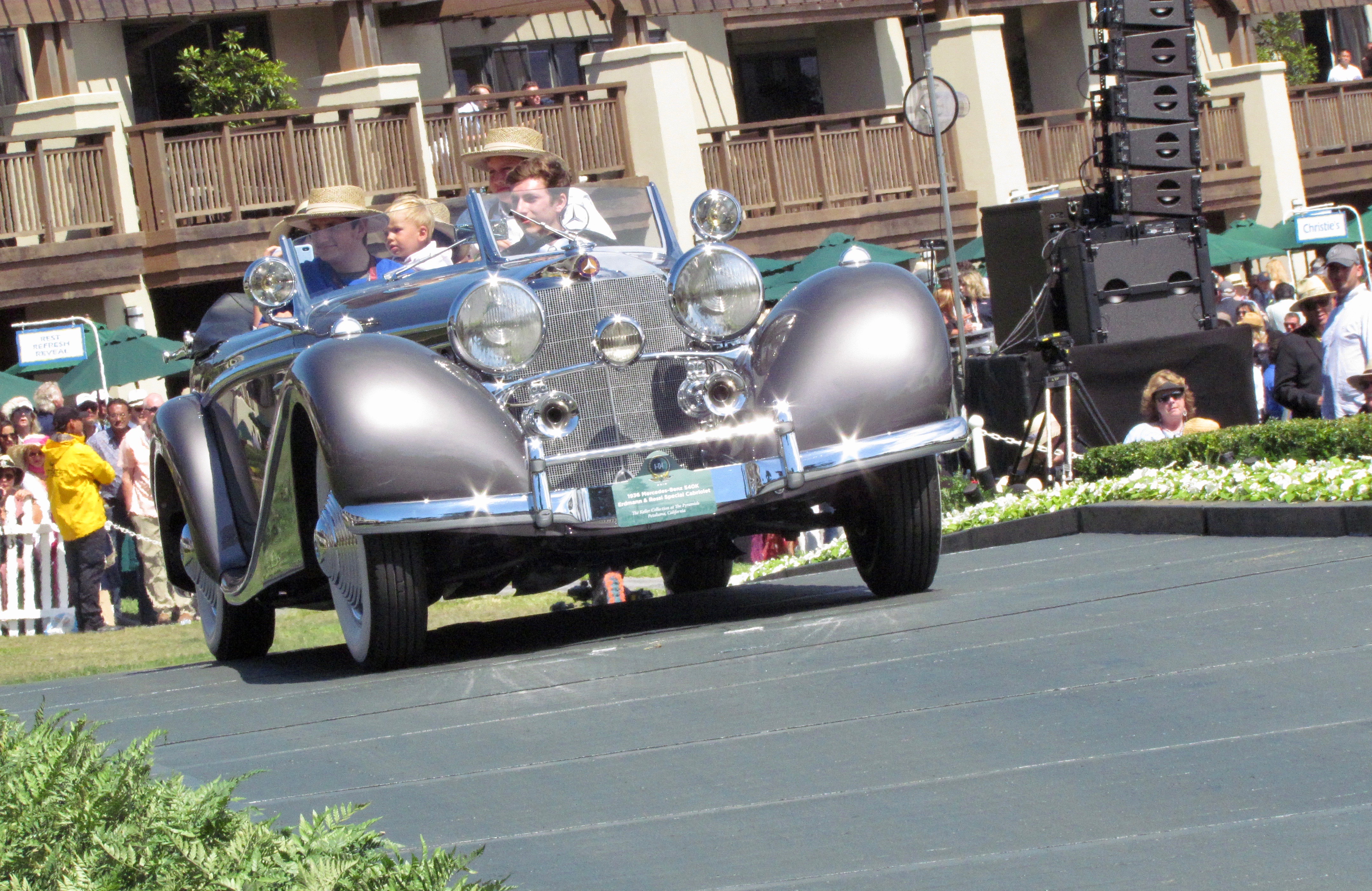 • A 1938 Mercedes-Benz 540K (above) with special cabriolet coachwork by Erdmann & Rossi of Berlin and owned by The Keller Collection at the Pyramids in Petaluma, California. The car originally was ordered by Woolworth heiress Barbara Hutton as a gift for her future husband, Count Kurt von Haugwitz-Hardenberg-Reventlow. She ordered the car as a four-seater, with custom wheel covers and decorative non-functioning exhaust pipes on the car’s left side so it would look more symmetrical with the real ones on the right. Movie buffs might remember seeing the car in the 1941 Hal Roach film, Topper Returns. 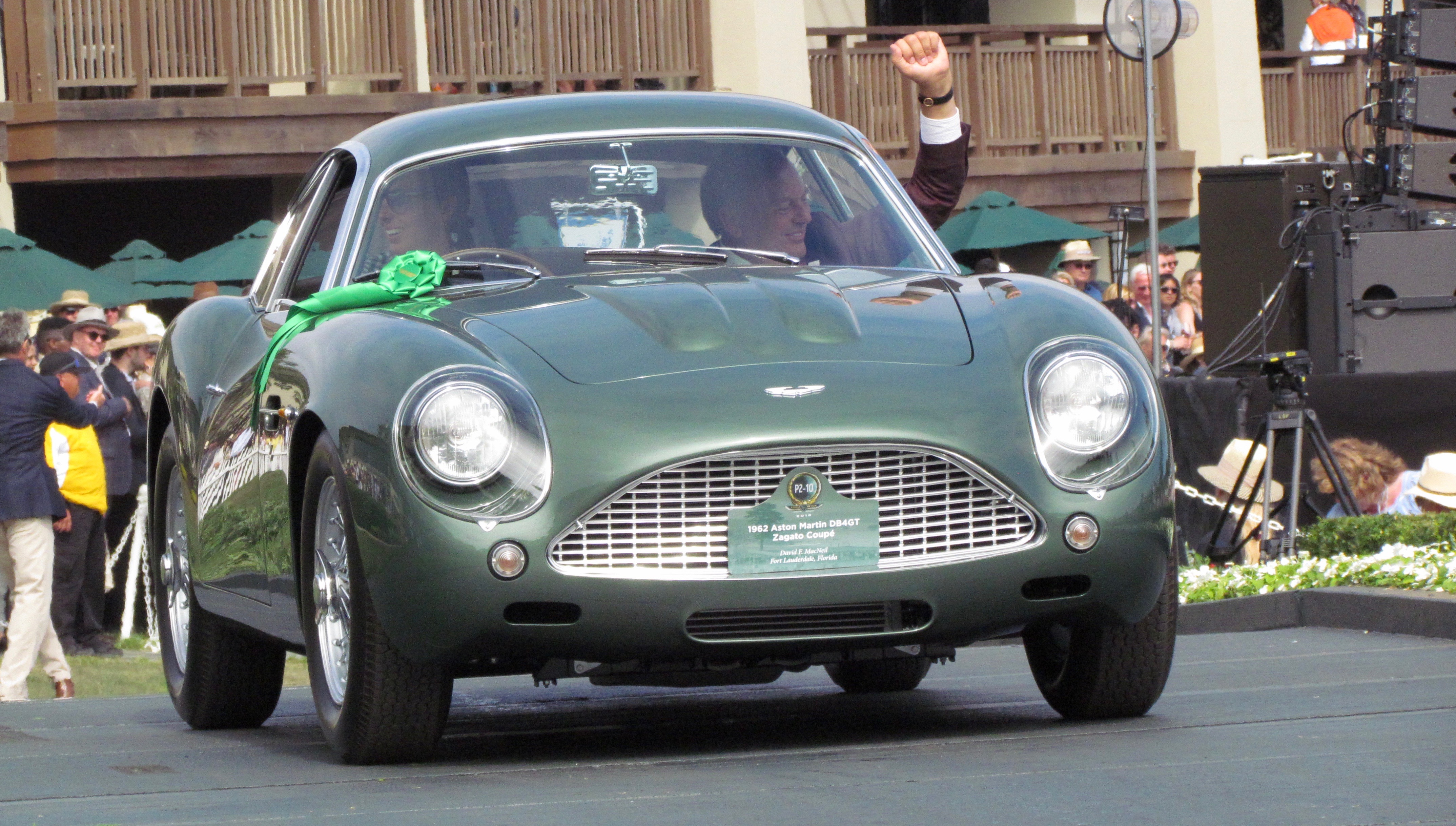 • A 1962 Aston Martin DB4GT Zagato coupe (above) owned by David MacNeil, founder of WeatherTech, the floor mat company that sponsors the local Laguna Seca Raceway. MacNeil stunned the collector car world a year ago when he spent around $80 million, a collector car record price, to buy one of the few Ferrari 250 GTOs. MacNeil’s DB4GT Zagato was delivered to an Australian who won six of 13 races during the 1962 season. The car was imported to the U.S in 2000 by Peter Read, who sent it to Europe for restoration by a British specialist and by Zagato itself. MacNeil acquired the car in 2015.

Like Bentley, the Pebble Beach concours was celebrating the centennial of Italian coachbuilder Zagato, with its cars featured in two classes.