Bookshelf: Novel captures the excitement and danger of racing in a bygone era 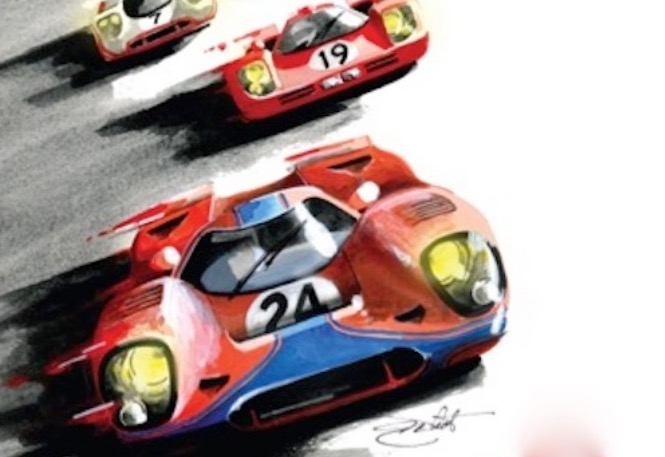 It’s been nearly a decade since Ted West has accomplished something I’d long been told was impossible. He wrote a novel, a book-length story full of compelling characters, with an unfolding plot that enfolds various subplots, all set on the stage of auto racing.

Novels set on athletic fields rarely work, is what I wrote after reading the original version of West’s Closing Speed. For one thing, it’s hard for fiction writers to create stories as dramatic as the nonfiction that arises naturally in sport.

Sure, we remember Shoeless Joe as Field of Dreams, and The Natural and Bang the Drum Slowly may have become as successful in bookstores as they were on movie screens.

But it’s been decades since the writers of Semi-Tough or North Dallas Forty succeeded in taking us beyond the playing field, into not only the lives but the very thoughts and souls of people who achieve athletic feats of which the rest of us can only imagine.

And yet, that’s what Ted West has achieved with Closing Speed, a novel – a real novel with characters about whom we care and a story line that has us hooked from first page to last.

And now, in 2019, West is back with “the unabridged version” of the novel. So what’s changed, I wondered?

“It restores the form it was originally written in using a present-day narrator and telling the racing story in flashbacks,” West responded by email. “I believe this gives it more depth, and in re-doing it I also line-edited the whole bleeding thing.”

For the record, the backdrop for West’s novel is the 1970 World Manufacturers (sports car racing) Championship.

West knows of what he writes. In 1970, Road & Track magazine sent West, then a recent college graduate, to Europe to cover those historic battles between two of the most storied cars in motorsports history — the Ferrari 512 and Porsche 917 – and those who prepared them, who sponsored them, and who drove them.

It is against this backdrop that West worked to write his novel with a journalist’s eye and a storyteller’s skill. His description of listening as a car climbs from the valley up into the hills and then suddenly roars past and out of sight during practice for the Targa Florio fills only 2 ½ pages, but captures a moment in motorsports as well as anything I’ve ever read.

But what makes this story work as a novel is the author’s emphasis not on scene but on character. West presents us with a cast of people who come off the pages as so lifelike that we find ourselves trying to figure out whom to play them in the movie adaptation of the book.

Speaking of which, just days before I started reading the original version of Closing Speed nearly a decade ago, a friend sent me an email. The friend had had a conversation with a Hollywood movie developer who was interested in doing a film about a fictional racing team from the era about which West writes.

The friend wondered if I’d be interested in writing a screen play. As much as I might have liked such a challenge, I suggested they contact Ted West about taking Closing Speed from written pages to the big screen.

I recommended the book back then and I still do today.