Koenigsegg introduced its latest model, the Jesko, during the 2019 Geneva International Motor Show. The vehicle, which makes 1,280 horsepower on pump gas, should be capable of reaching a mind-boggling 300 mph, the company said.

“This is the child of the Aguera RS and our madness at Koenigsegg,” company founder Christian von Koenigsegg said in unveiling the Jesko, adding that it was named after his 80-year-old father.

“I couldn’t think of any better way than honoring my great father for all his help and just for being a great,” von Koenigsegg said. “He’s for sure the greatest supporter I’ve ever had.” 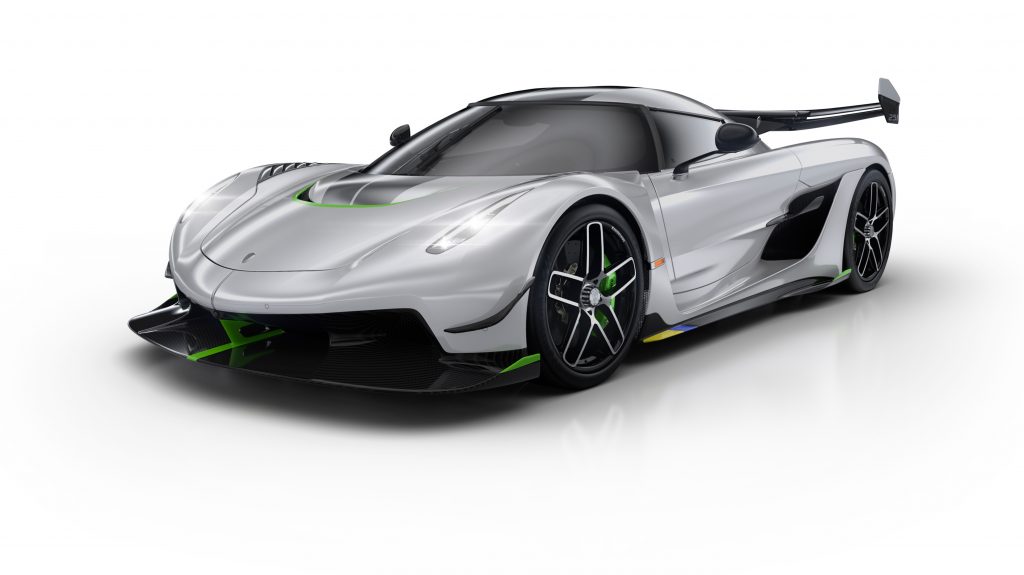 The rear-mounted engine is a redesigned 5.0-liter V8 equipped with a twin turbocharger system. Van Koenigsegg said his company explored a triple or quad turbo to reduce lag, but instead invented a smaller system that supplies the same response with less weight. It makes a whopping 1,600 horsepower on E85 fuel.

The engine also features what Koenigsegg claims is the lightest V8 crankshaft. The flat-plan, 180-degree crankshaft is made from a single piece of steel billet and weighs just 27.5 pounds.

That engine is mated with the company’s 9-speed Light Speed Transmission, something it branded as “revolutionary.” An automatic, the multi-clutch transmission is capable of switching between any gear at any time, meaning there’s no need to move from fourth, to fifth, to sixth, to seventh. Instead, drivers can move directly from fourth to seventh or any other combination.

Other double-clutch transmissions weigh as much as 308 pounds. Koenigsegg’s Light Speed Transmission comes in under 200 pounds.

As is to be expected of a car built for speed, the Jesko was designed with saving weight in mind. The company said the vehicle has a curb weight of 3,130 pounds and a dry weight of 2,910 pounds. 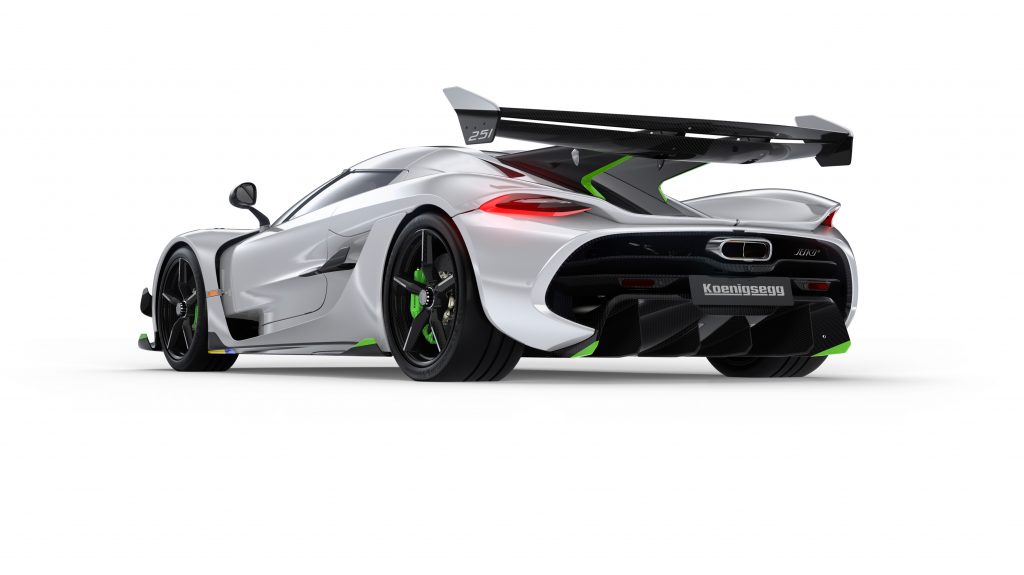 To keep the vehicle stuck to the road at high speeds, the Jesko has numerous aerodynamic features, including what is thought to be the largest active wing made for a homologated vehicle, to generate more than 2,204 pounds of downforce — 40 percent more than the Agera RS.

The carbon fiber monocoque chassis also helps the car stick. Slightly larger and longer than its predecessor, the vehicle’s chassis retains its signature Koenigsegg rigidity while allowing for more passenger room. The car rides on an active damping system designed to handle the vehicle’s high-speed capabilities.

But drivers will be treated to more than just an insane thrill ride. The interior can be equipped with leather or Alcantara in “an almost endless variety of colour and contrast options.” There is also an infotainment system with wheel-mounted haptic feedback controls, USB inputs, Bluetooth and inductive phone charging. 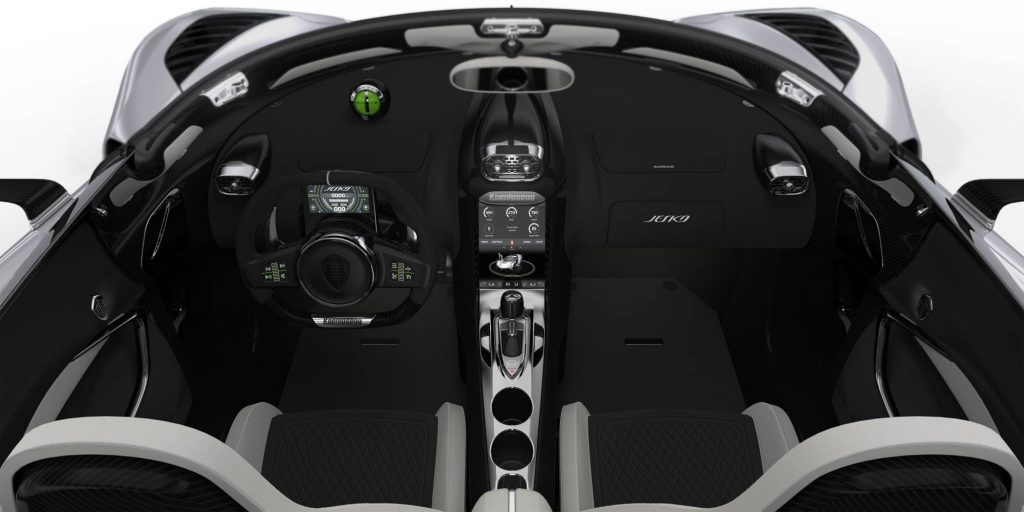 Basically, the creature comforts offered in most vehicles — you know, the ones that don’t go 300 mph.

Koenigsegg said it will make 125 Jeskos, and already has down payments on at least 80 of them.