A 2019 McLaren Senna has been added Wednesday to Barrett-Jackson’s Scottsdale docket, the auction company announced in a news release.

The supercar — named for late Formula 1 driver Aryton Senna — is serial chassis No. 005 out of just 500 made by the British supercar company. It is one of around 120 examples in the United States. All of the cars are owned, which makes the offering a de facto rare chance to buy one.

“I was thrilled when McLaren announced this special edition supercar in his honor,” Barrett-Jackson chairman Craig Jackson said in the release. “From its beautifully engineered aerodynamic body to its intense horsepower and record track times of any McLaren built before it, this Senna was designed for one purpose -– to take performance to a whole new level. I couldn’t be more proud to have this amazing car cross our block this week in Scottsdale.” 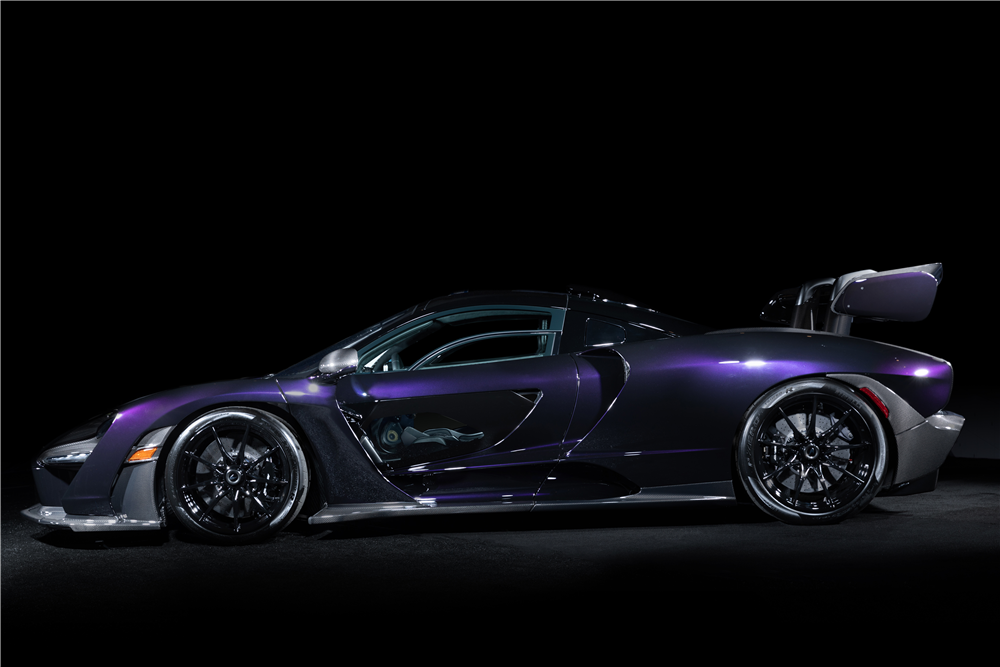 The g-forces generated by that acceleration are similar to those created by a Lockheed Martin F-35 fighter jet, according to the news release.

The engine is mated to a 7-speed dual-clutch Seamless Shift gearbox.

McLaren originally priced the Senna at $837,000. How quickly it skyrockets above that on Saturday is anybody’s guess.