This world-class, multi-award-winning 1955 Chevrolet Bel Air known as “Fierce Fifty-Five” that will be offered at the Barrett-Jackson auction in Scottsdale, Arizona has gone through a painstaking four-year rotisserie restoration with no expense spared.

Built for the show circuit and completed in 2014, it was featured at SEMA in 2014 and was sponsored by Mothers Polish. Featured in Street Rodder two years later, this Bel Air has more than 1,000 man hours of labor just to complete the laser-straight body and modifications, which displays the custom two-tone PPG colors of Midnight Merlot and Graphite Gray. 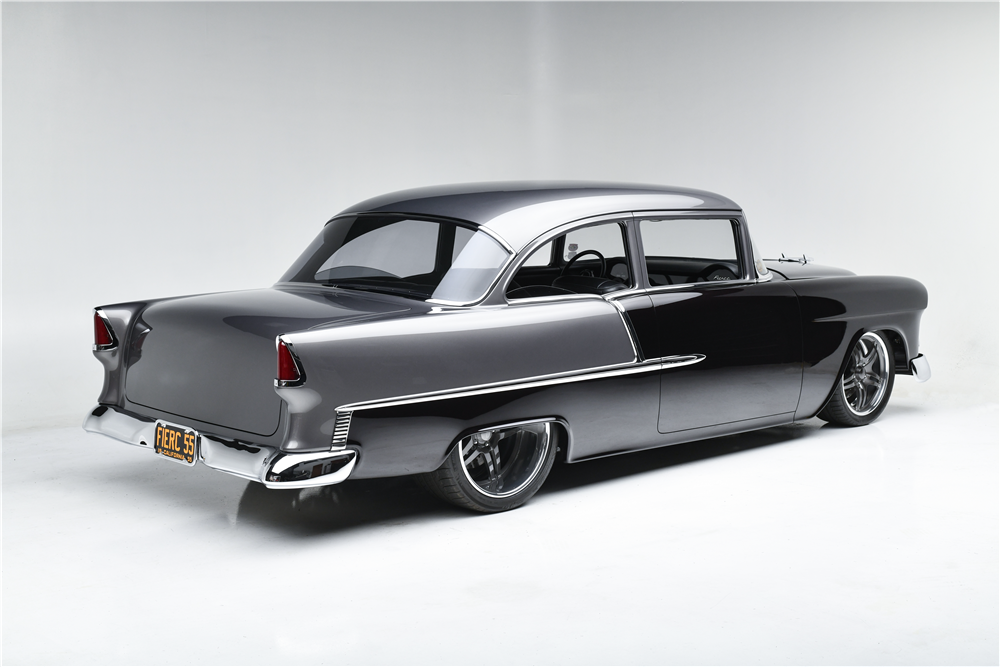 The car sits on a full Art Morrison GT chassis that has been completely powder-coated with upgraded JRI coilover shocks.

The car is powered by a Merlin professionally built 540ci engine with an Imagine polished 8-stack EFI intake manifold and black anodized throttle bodies. The big power is sent to the GM 4L85E automatic transmission and Ford 9-inch rear end with 3.73 gears and a 4-link suspension. It has a one-off custom three-inch coated exhaust system, Wilwood disc brakes and slotted rotors on all four corners. 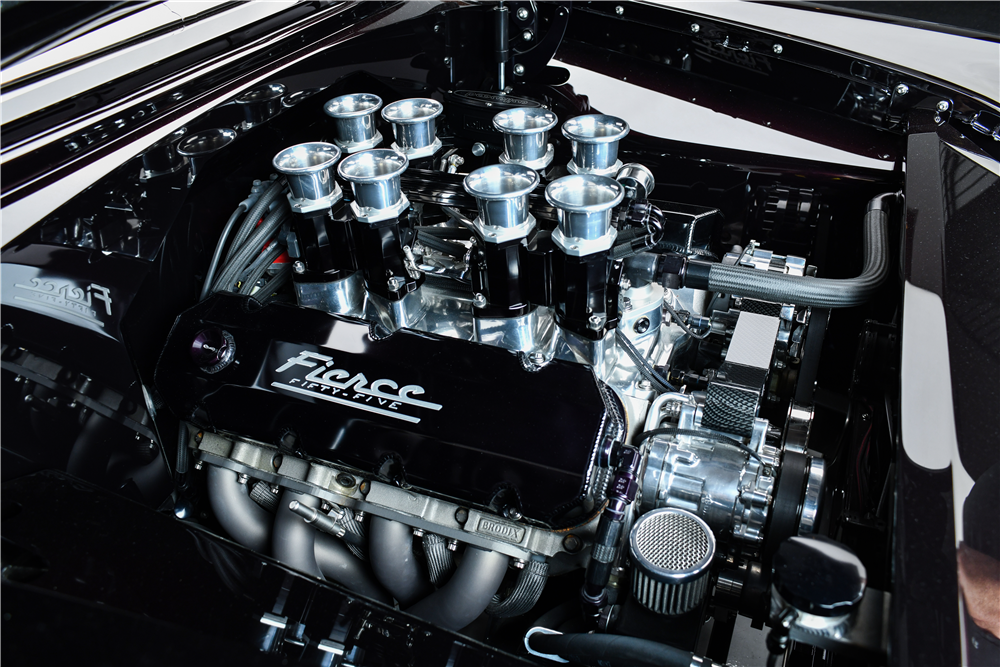 The engine compartment displays a smooth firewall, one-of-a-kind milled black anodized valve covers and inner fenders, and core support with Fesler black anodized hood hinges. It has been mini-tubbed to fit the one-off Rushforth 20×12 wheels in the rear and 18×9 in the front, all wrapped with Michelin Pilot Sport ZR-rated rubber.

Not one body panel on this restoration has been overlooked; all have been professionally gapped. All of the original stainless has been show-polished. An original Nomad rear bumper has been one-piece fitted to the car and chromed, along with the front bumper and original grille.

The interior includes plenty of custom amenities, thanks to the Vintage Air, power windows, power bucket seats and a JL Audio system with a Pioneer touchscreen monitor. The entire interior is wrapped with high-quality Italian soft black leather, including the dash. It has Mercedes wool carpet, an Ididit steering column with push-button start, Dakota Digital VHX gauges and a custom center console that includes a ZL1 shifter. Carbon-fiber accents adorn the interior, along with the custom black anodized restomod vents and “Fierce” badging. 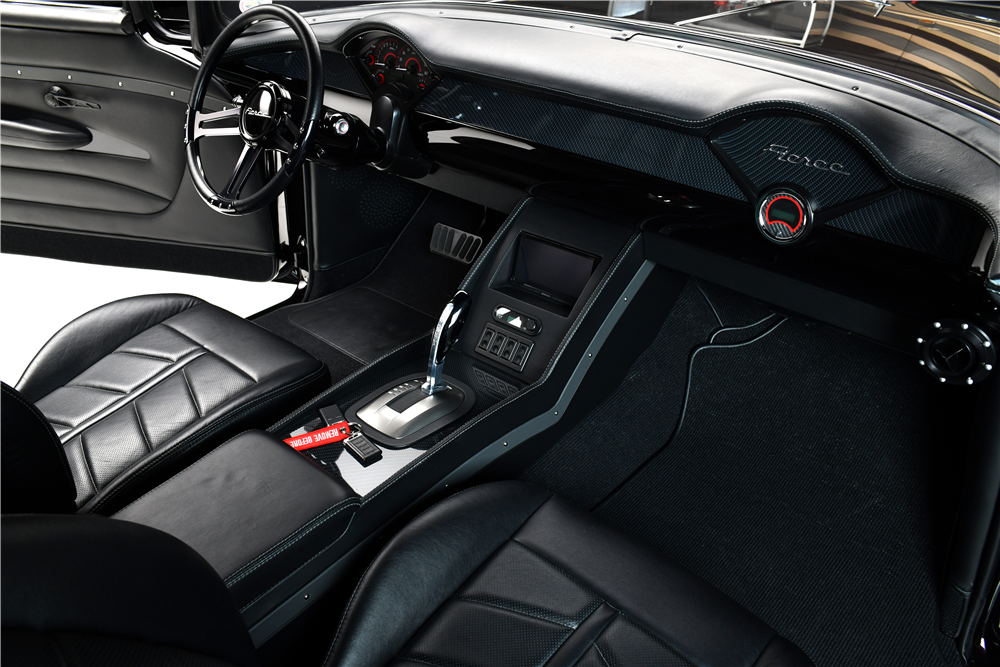