This 1970 Shelby GT500 has had a complete factory-correct ground-up restoration and will be on the block at the Barrett-Jackson auction in Scottsdale, Arizona in January.

Based on the Marti Report, this car was ordered well-equipped for a 1970 GT500 Ford Shelby Mustang convertible. From the factory, the car was finished in Grabber Yellow. 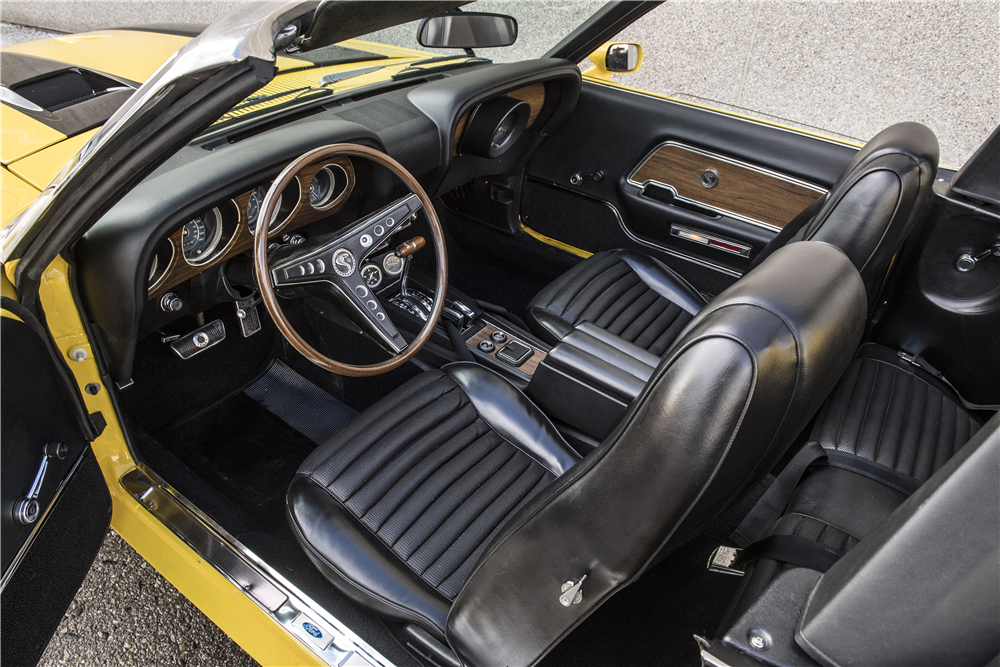 According to the Shelby Registry, this 1970 Shelby GT500 convertible is one of only six 1970 models finished in such a color. This color is darker and deeper than Mustang Grabber Yellow; it was a Shelby-only color.

The floor pans, frame rails, torque boxes, rear quarters and fiberglass are in very good condition. It is listed in both the SAAC International Registry and the Shelby American/Team Shelby factory databases. 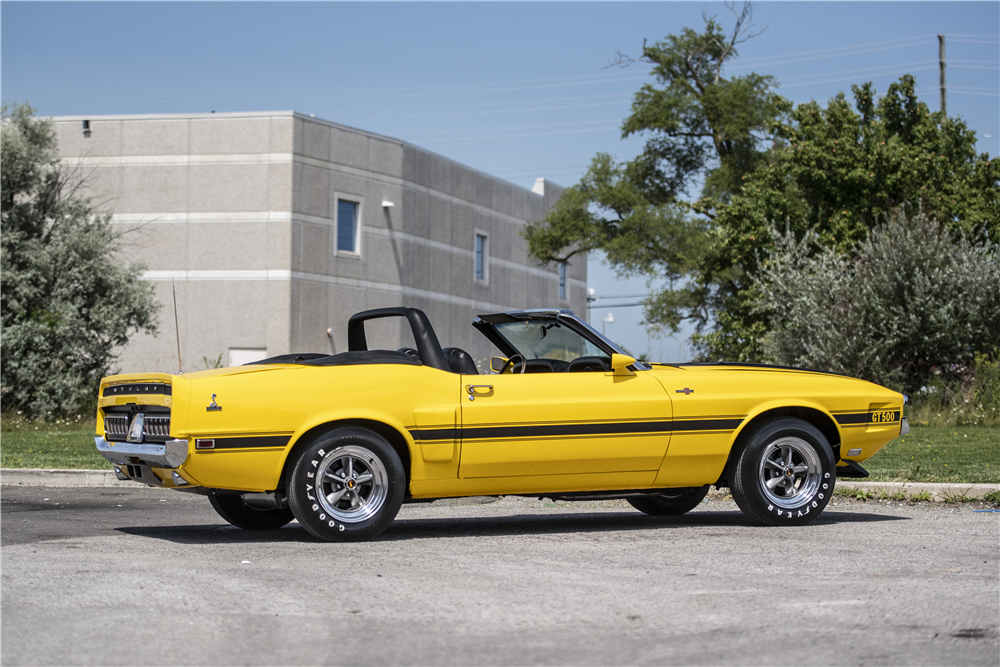