The LS6 underwent a highly detailed restoration that was completed in 2000 using restored factory-original and date-code-correct parts. It’s powered by the original 454cid 8-cylinder engine hooked up to the original M40 THM400 automatic transmission with the original 12-bolt positraction rear end with a 3:31 ratio.

It retains its original smog equipment and a Delco AM 8-track player.

This Chevelle is finished in its original combination of Cortez Silver with black racing stripes on the cowl-induction hood and decklid. The interior features Parchment Pearl bucket seats with a horseshoe shifter console.

One of 4,475 built, this LS6 has 6,000 original miles (mileage not indicated on the title) and has been kept in a storage facility when not being shown. This Chevelle was included in the publication of Muscle Cars — Kings of the Street from the Golden Era, awarded the prestigious Gold Spinner Award with a score of 98 points out of 100, and was displayed at the 2001 Chevy Vette Fest. 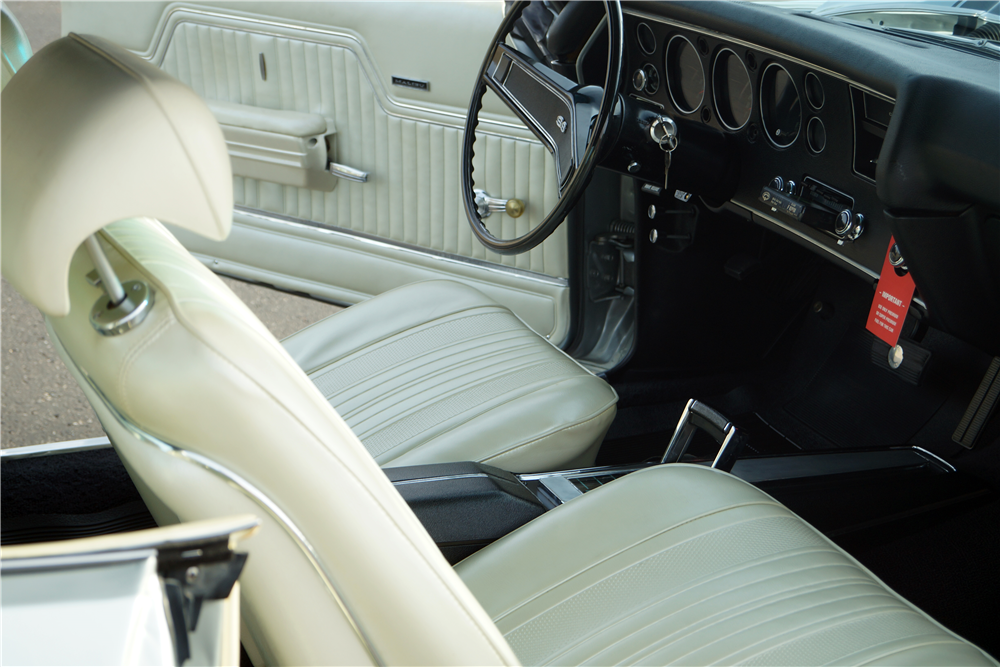 It has won more than 90 first place awards at various shows from 2000 to 2013. All awards and plaques are included along with extensive documentation, including original booklets, brochures, road maps, original GM Parts Catalogs, extra miscellaneous parts and several different source catalogs.

Also included are personal newspaper articles, posters and professionally framed pictures collected over the years related to this LS6.