Bill picks 10 from the Muscle Car and Corvette Nationals

The 10th annual Muscle Car and Corvette Nationals held in suburban Chicago this past weekend is known as “The Pebble Beach of Muscle Cars,” offering the best of the best of Detroit’s performance cars of the 1960s and 1970s.

Which made it that much more difficult to spend my imaginary currency in the ever-popular fantasy of “Which cars would I bring home If I could?”

Sure, there are incredibly wild wing-cars like Dodge Daytonas and Superbirds, ultra-rare COPO Camaros, highly optioned Mustangs and competition Corvettes. But there are also spectacularly restored, bread-and-butter examples of standard-equipped muscle cars.

My 10 choices are not the top 10 from the show, but they are the cars I thought deserved equal respect among the incredible gems in attendance: 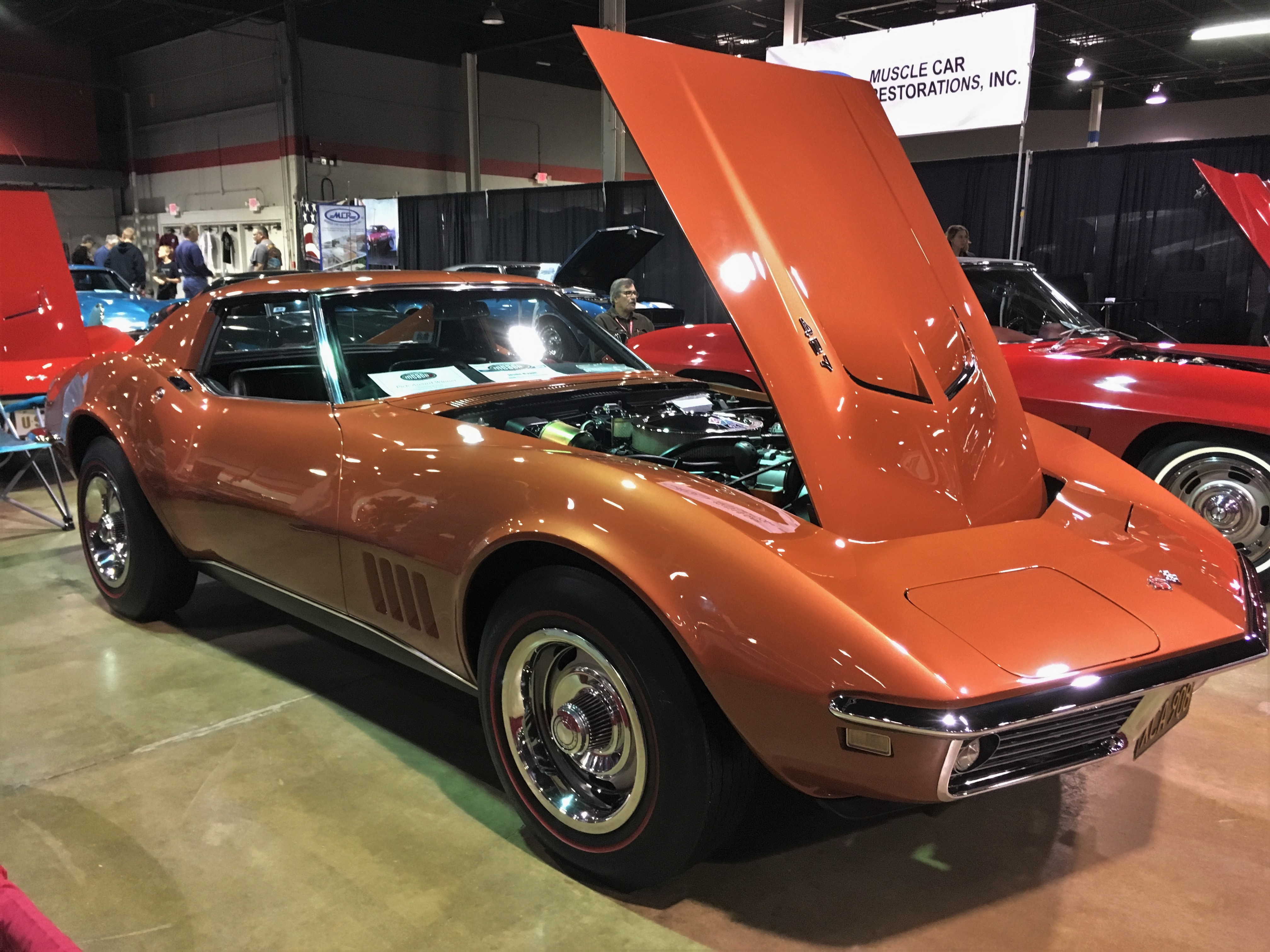 This unusual-colored 1968 427 Corvette was a terrific example of the first-year of the iconic Mako shark-inspired C3 body style, and it won the Carlisle Events Corvette Pick of the Show Award. 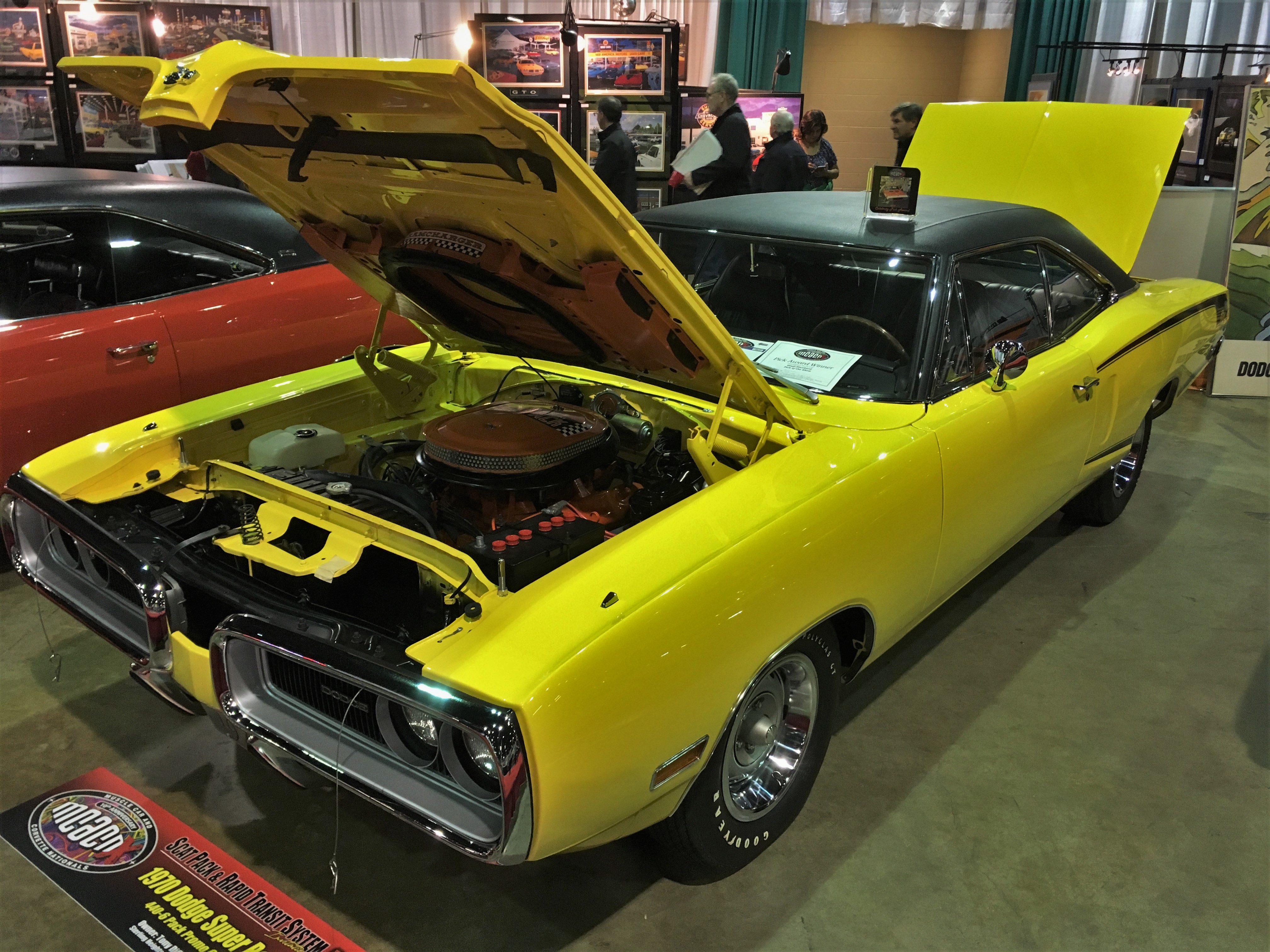 This 440-6 Pack equipped 1970 Dodge Super Bee was a promotional car for the Scat Pack advertising of the day. 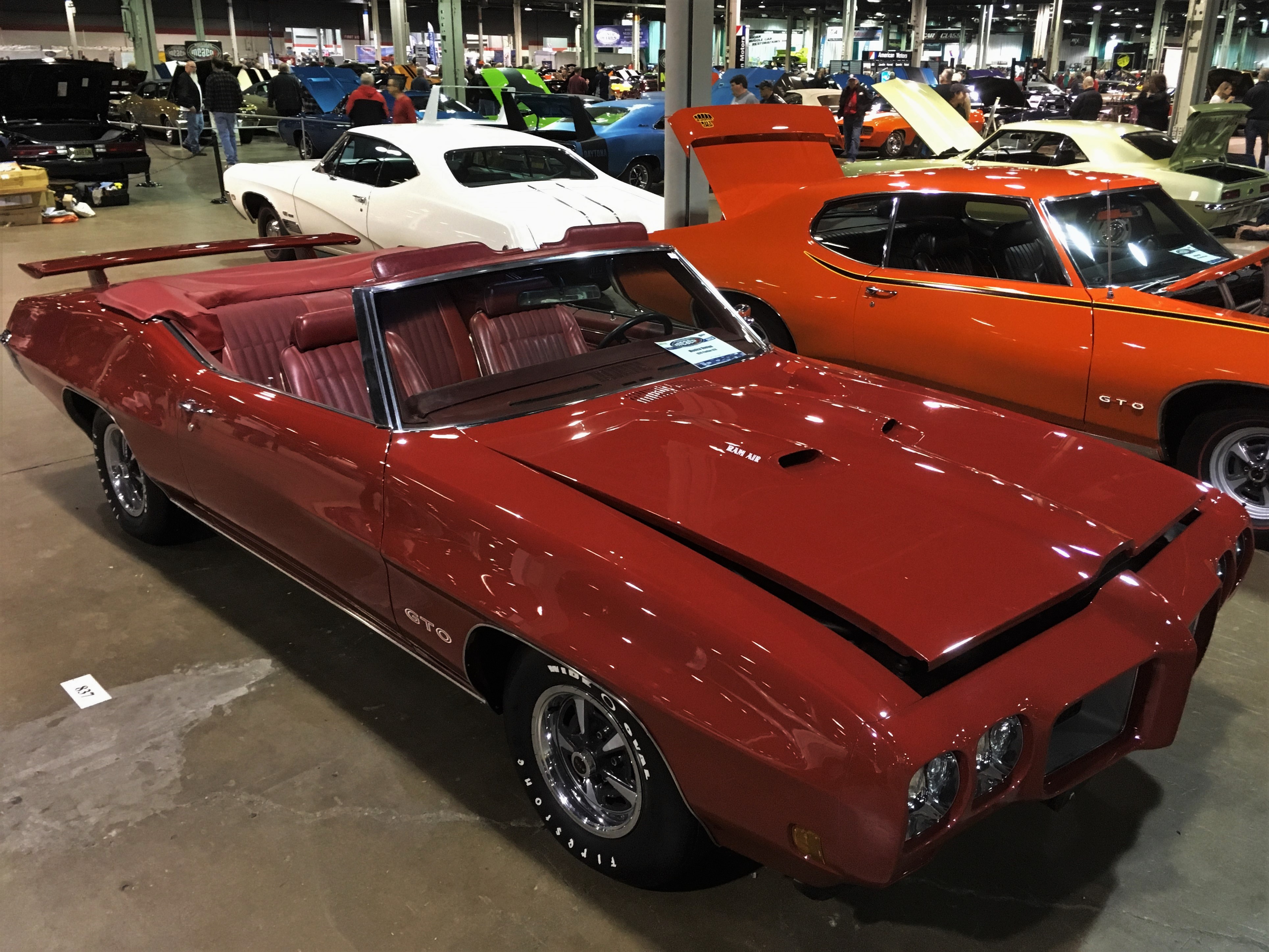 This red-on-red 1970 Pontiac GTO convertible featured a color-keyed Endura bumper and minimal brightwork which made for one of the smoothest front ends of the muscle car era. 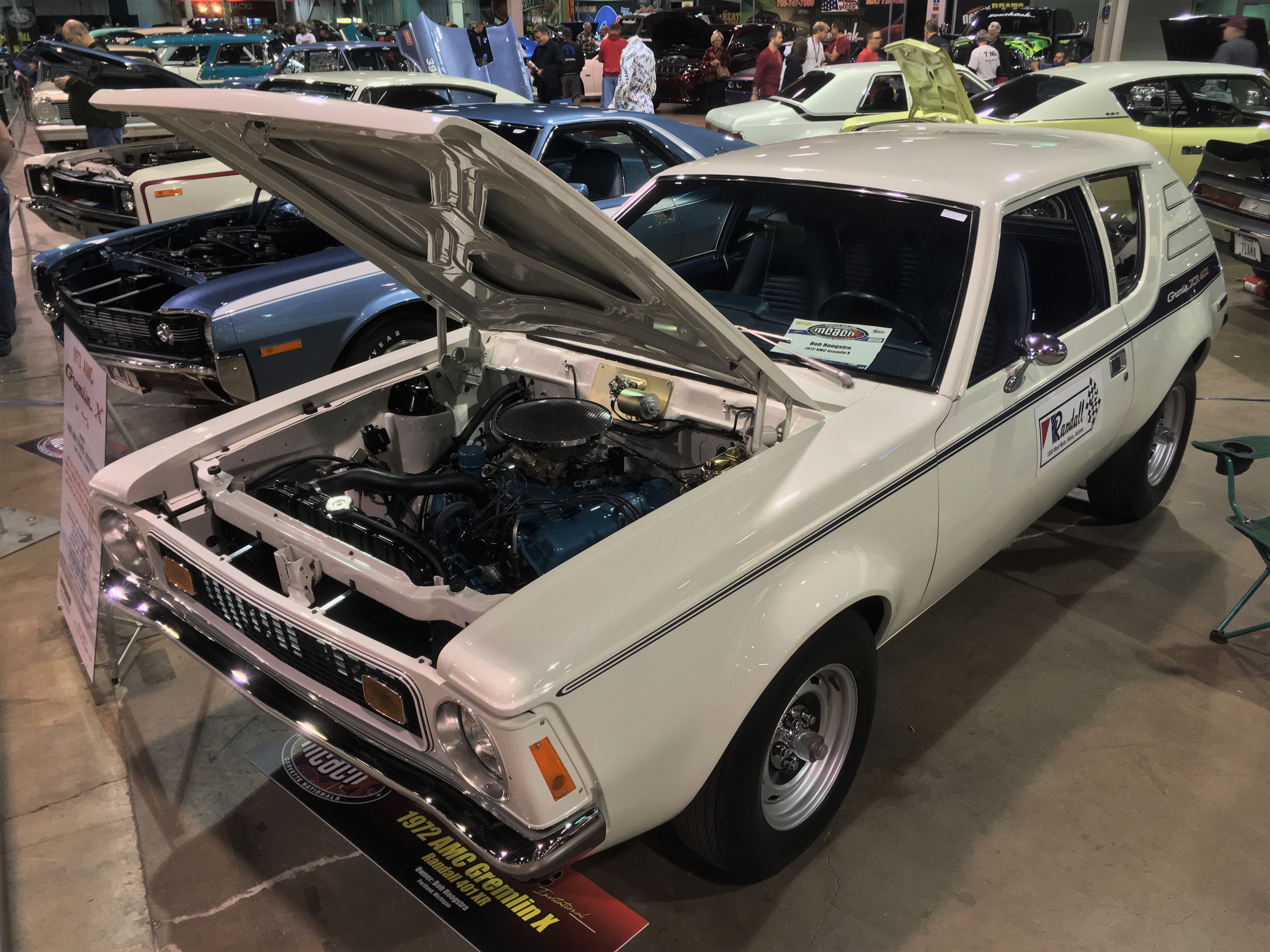 One of approximately twelve 401-powered AMC Gremlin-X’s built by Mesa, Arizona dealership Randall Motors in 1972, the power-to-weight ratio of this compact must be impressive. 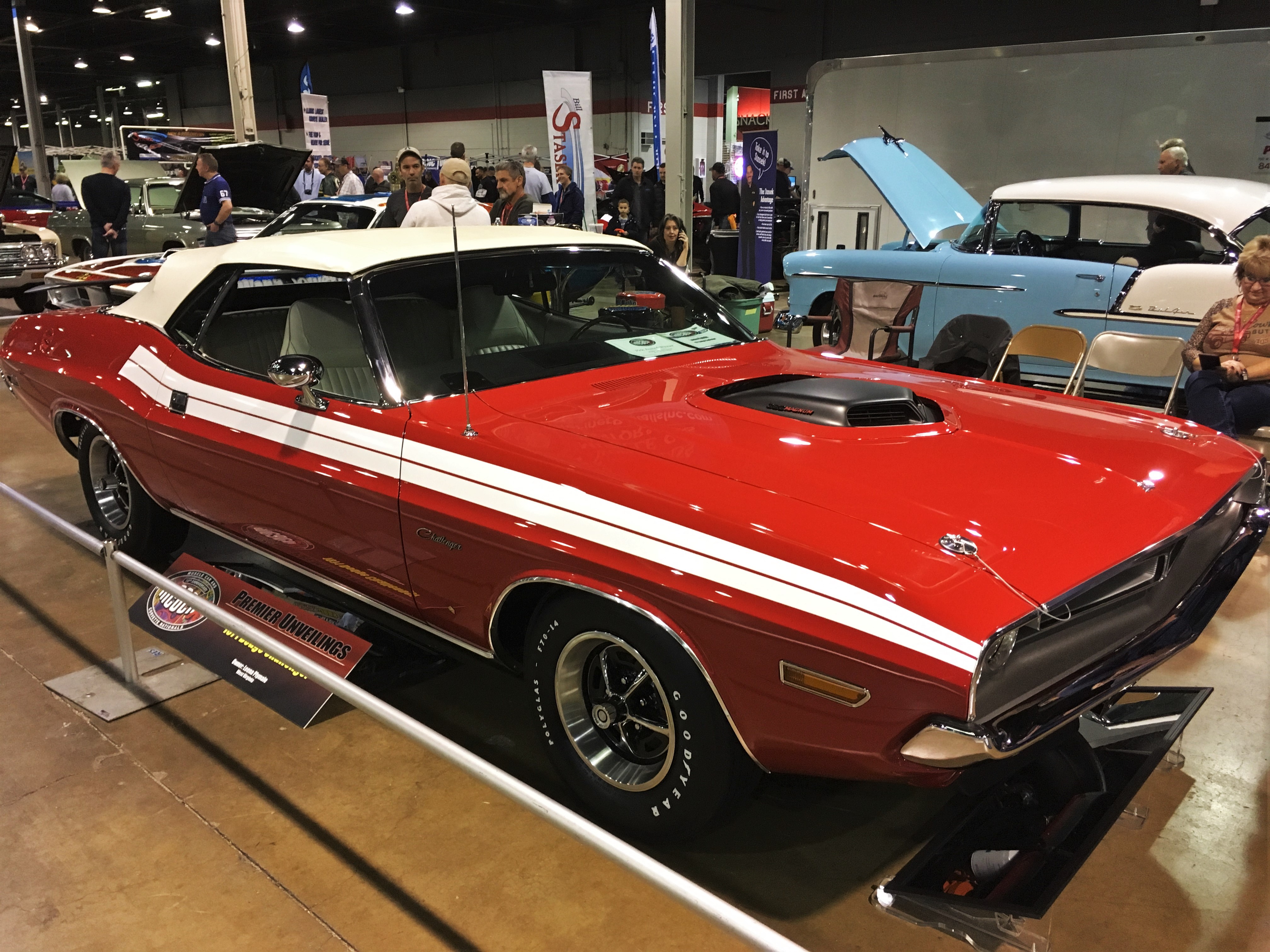 This 383-powered 1971 Dodge Challenger Convertible arguably wears the best grille design of the series, and the body side stripes, Shaker hood and Magnum 500-style road wheels checks all the right boxes. 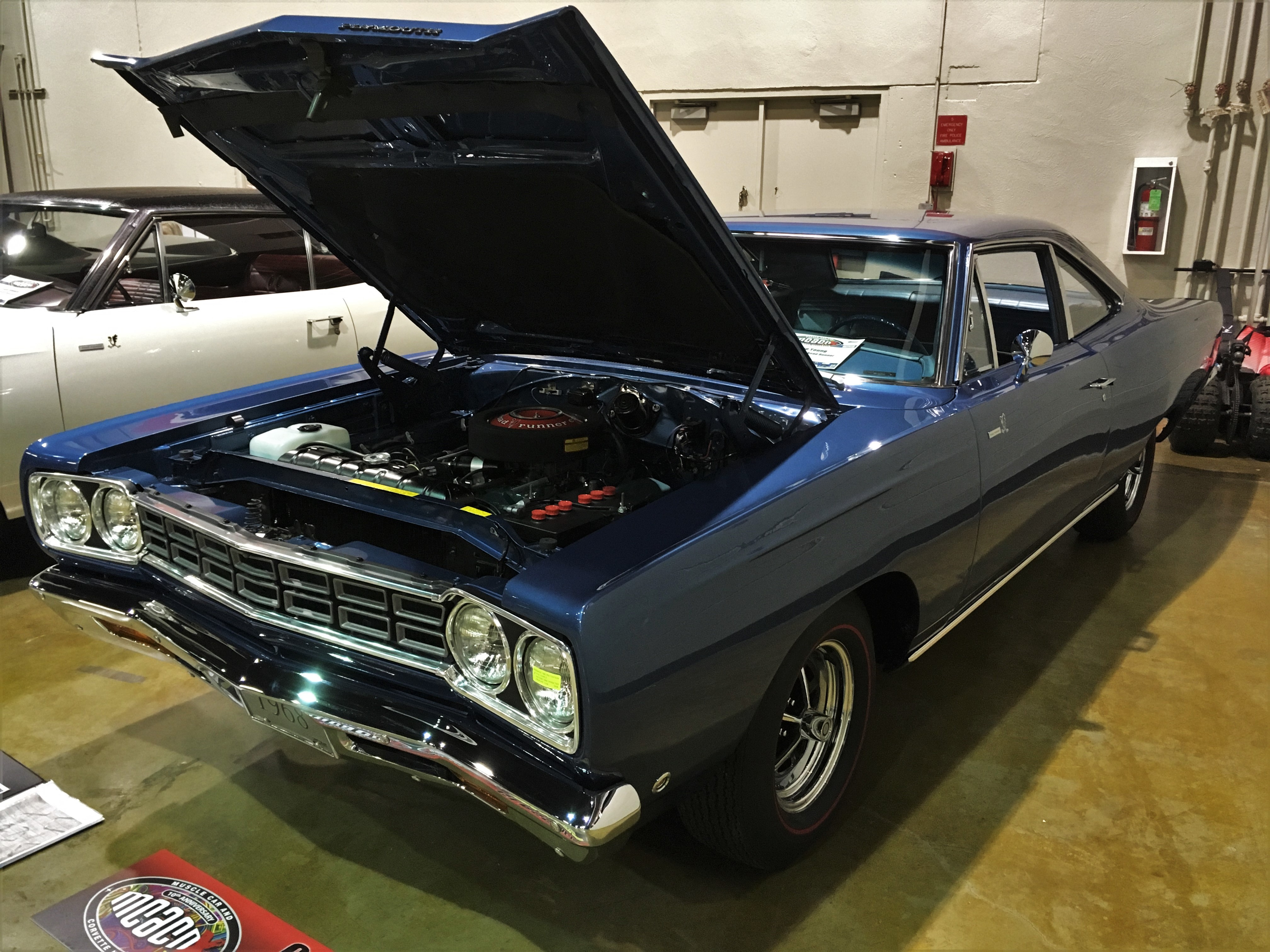 This first-year, 383-powered 1968 Plymouth Roadrunner looked great in medium blue. And again, this is the best year for the Roadrunner grille design. 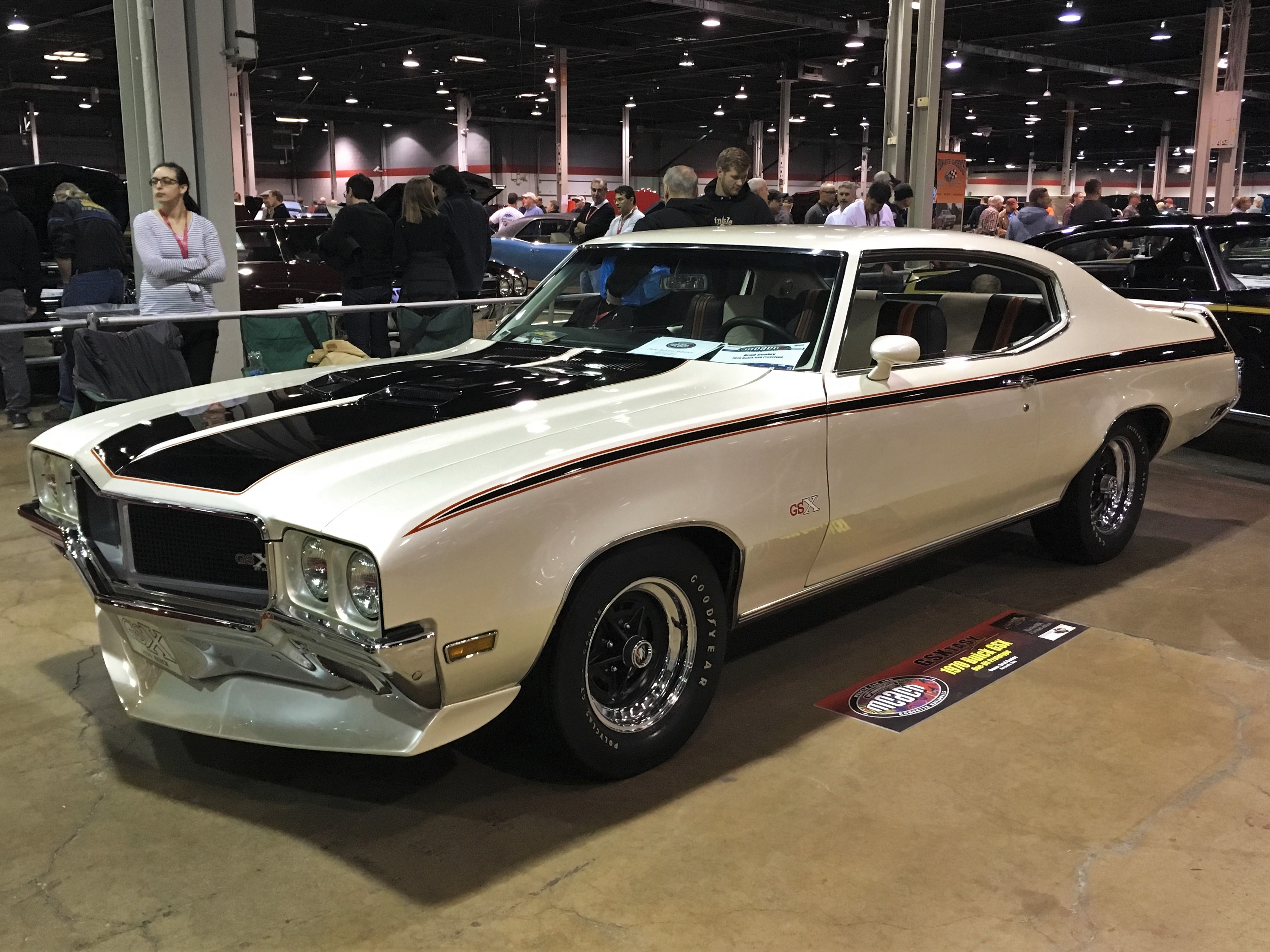 This pearl white prototype 1970 Buick GS/X is as wild as GM’s Flint division got, with a deep front spoiler and striped interior fabric. 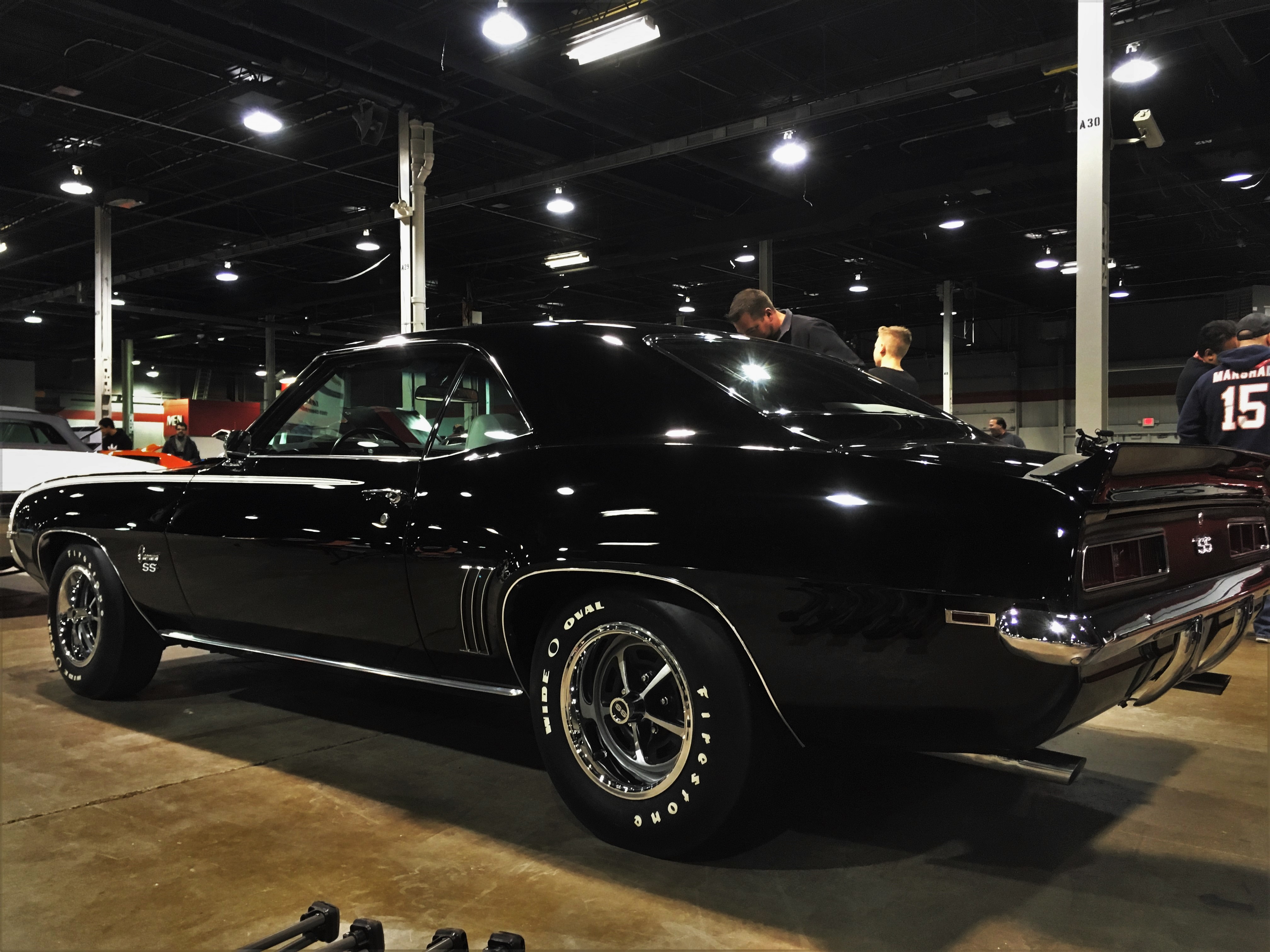 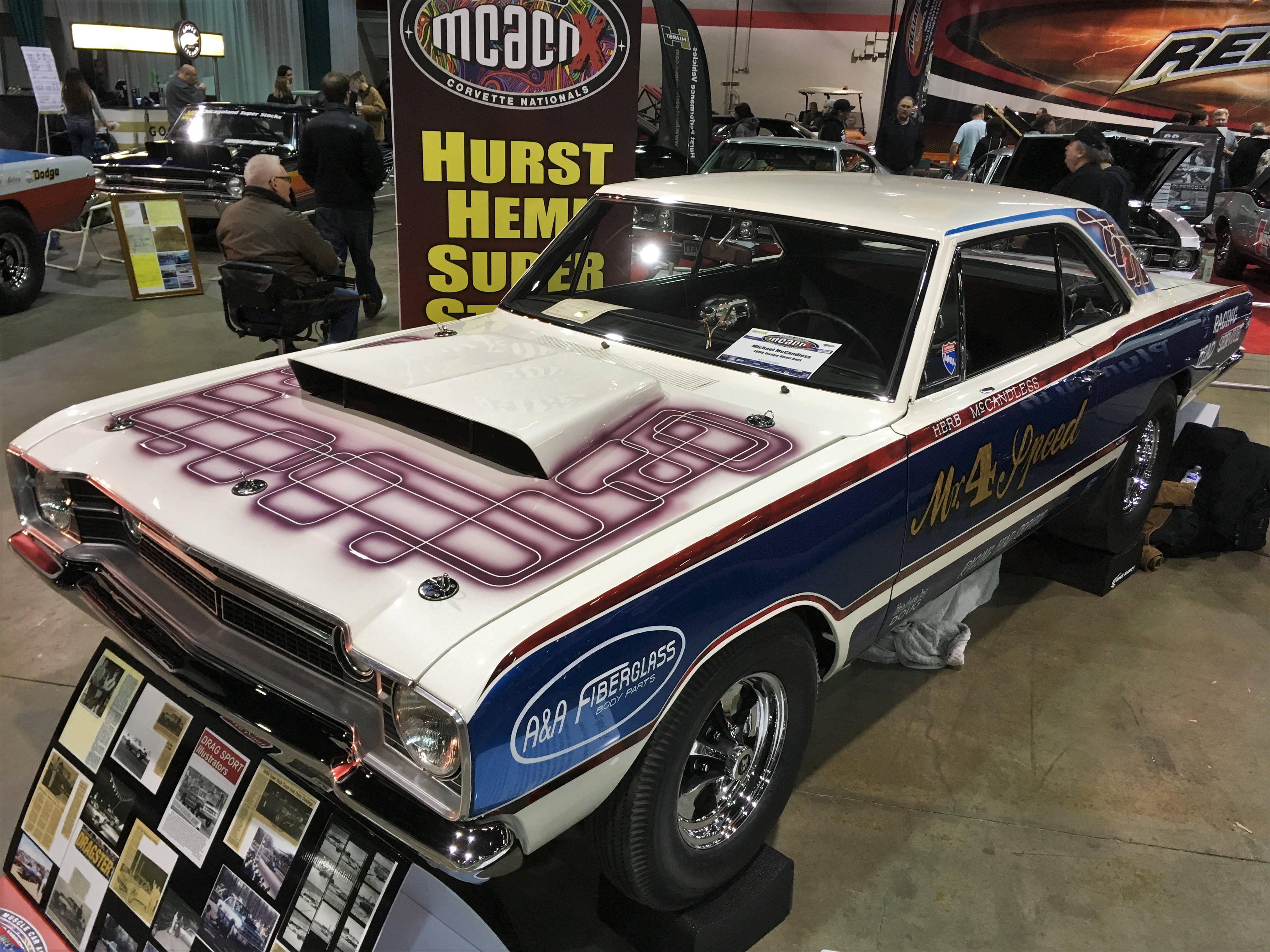 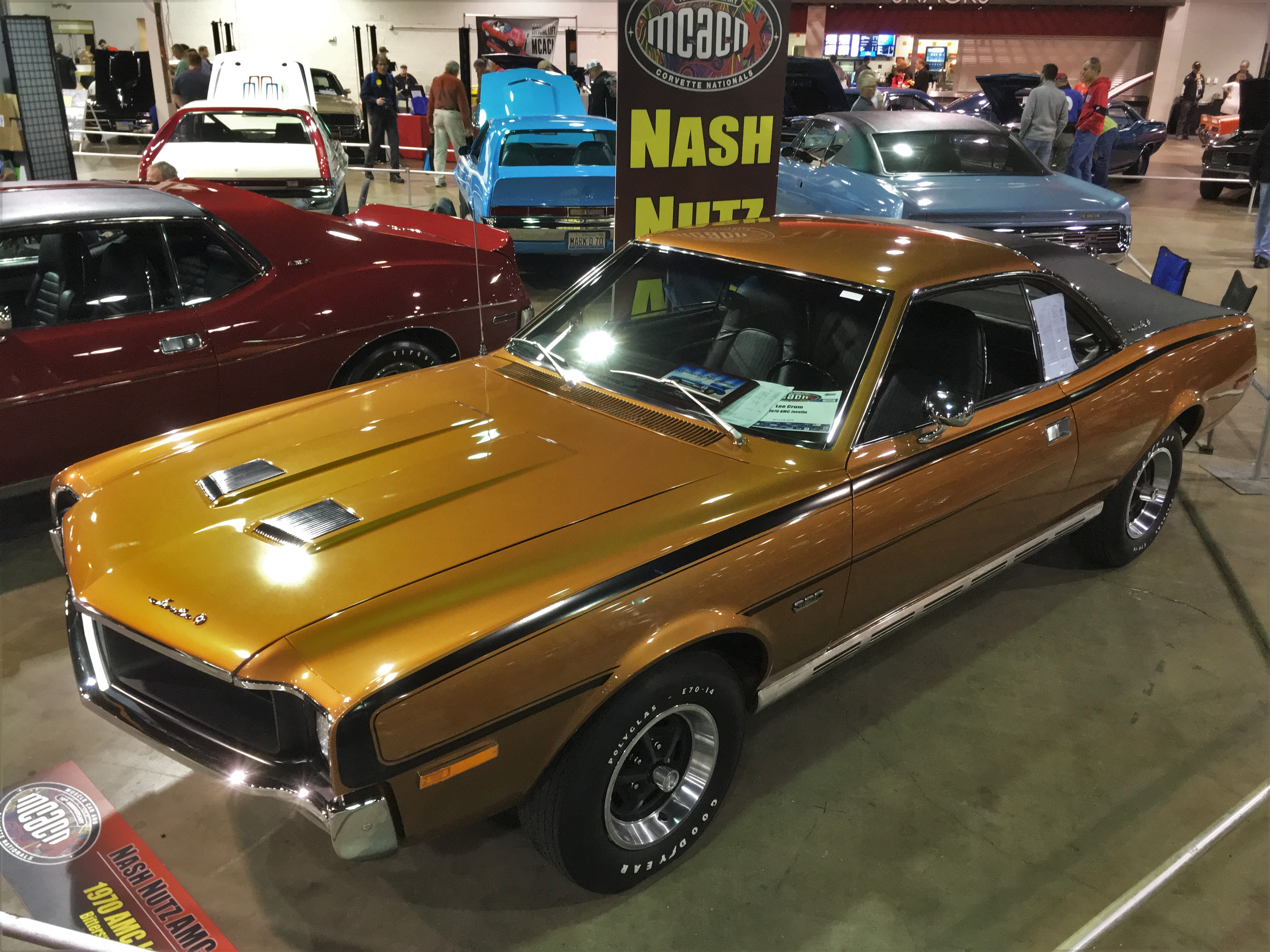 This bittersweet-colored 1970 AMC Javelin is powered by a 390cid engine and features much of the charm of the AMX with the addition of a backseat.

Question of the Day: What is the first muscle car?