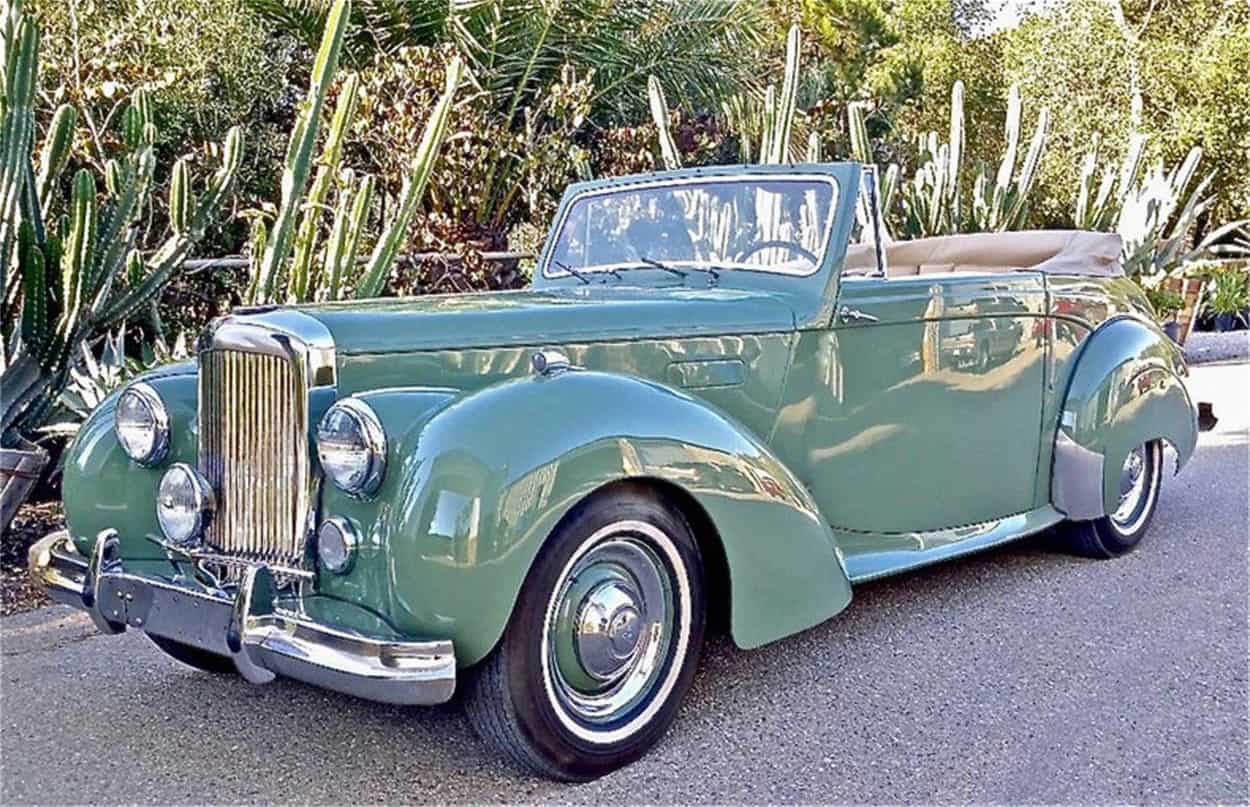 Editor’s note: November is Import Month on the ClassicCars.com Journal. Get all the news you could ever need about German, English, French, Japanese and lots of other cars at our dedicated page.

As World War I ended, T.G. John, former manager for British motorcar manufacturer Siddeley-Deasy, bought the rights to Hillman’s Electra engine line. He also bought a foundry and a factory, and soon had 200 employees producing 1- and 2-cylinder engines.

Almost immediately, piston producer Geoffrey P.H. de Freville showed John his designs for a 4-cylinder powerplant, and they decided not only to build the engine but a car around it. Their first Alvis prototype was ready by March 1920. 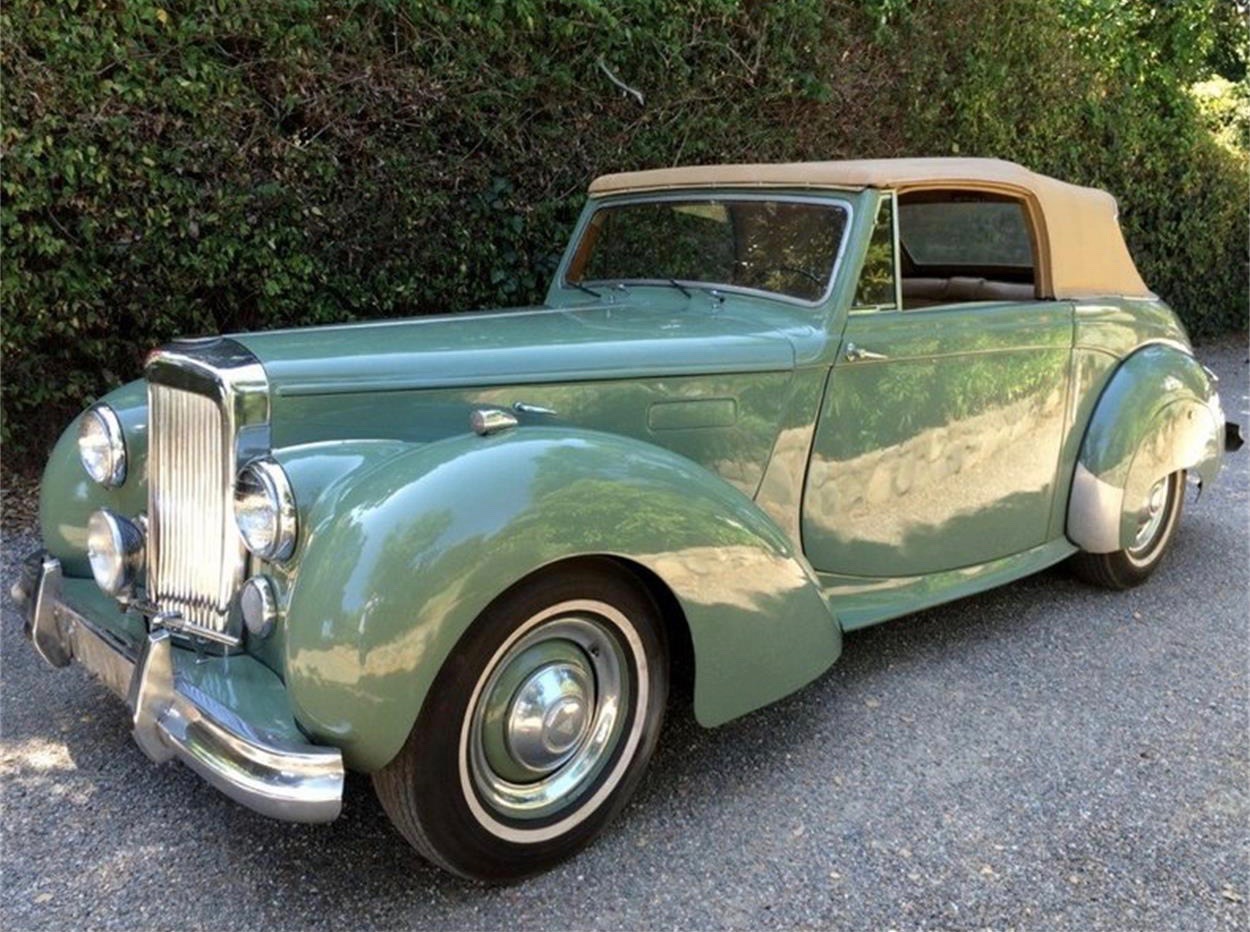 By June 1921, John was convinced his cars would succeed in the marketplace and quit making Electra engines. De Frenville departed to run a Rolls-Royce dealership and John reorganized the company as Alvis Car & Engineering of Coventry, England. The company had its ups and downs, built a front-drive Grand Prix racing car, and by 1935 was producing aircraft engines for the British military to the point that Johns again re-named the company, as Alvis Limited.

After the war, Alvis built engines for civilian aircraft as well as cars, which became popular with a variety of coachbuilders. A new short-stroke, 3.0-liter 6-cylinder engine was developed and powered the TA21, which launched in 1950 with independent front suspension.

The Pick of the Day is a 1951 Alvis TA21 drophead coupe, the Tickford-bodied convertible, an addition to the model range and designed to appeal to American drivers.

According to the car’s advertisement, placed on ClassicCars.com by a specialist dealership in Santa Barbara, California, “Perhaps the best thing about it is that many of the handling characteristics of the (Alvis) sportscar have been built into the chassis which, combined with a low center of gravity and a reasonable amount of space, make this fine car something of a compromise suited to those who want both family car and sportscar features all in one.”

Auto Age magazine reported that while conservatively designed, the TA21 was in a class by itself when it came to dynamic dexterity since “many of the handling characteristics of the sports car have been built into the (TA21) chassis.”

The selling dealership notes that of 302 such convertibles, only 80 featured left-hand drive.

The one on offer was completed on February 4, 1952, and was delivered to De Nederlandsche Motors of Rotterdam. 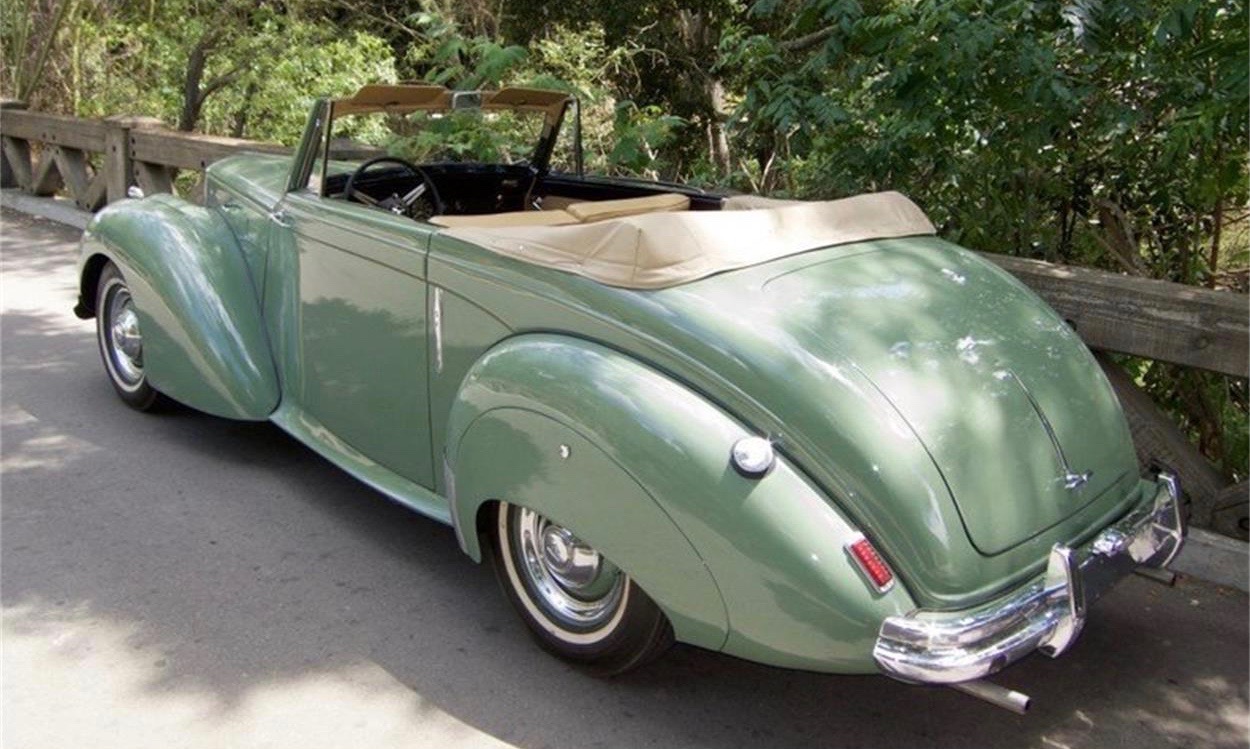 “It is reputed that the first owner was Pia Beck, a famous Dutch jazz pianist and singer,” the dealership reports. “Besides being considered the ‘best Jazz pianist in the world’ and performing for such dignitaries as General Eisenhower, Walter Cronkite, the British Royal Family, and Freddy Heineken, Pia Beck owned over 47 different cars in her lifetime, with open sports cars her favorite.”

The dealer says that following the pianist’s ownership, the car went into a Dutch museum. In 1987, it was sold and exported to Canada, where it was restored for the owner’s wife, who had the car until 2014.

The car is done in Willow Green with fawn-leather interior and top. Its 6-cylinder engine is linked to a manual transmission. The dealership reports that the interior wood was recently refinished, new Wilton carpeting installed, chrome redone as needed, the trunk re-upholstered, and a new top and boot were installed.

For pricing information, you’ll have to contact the dealer.