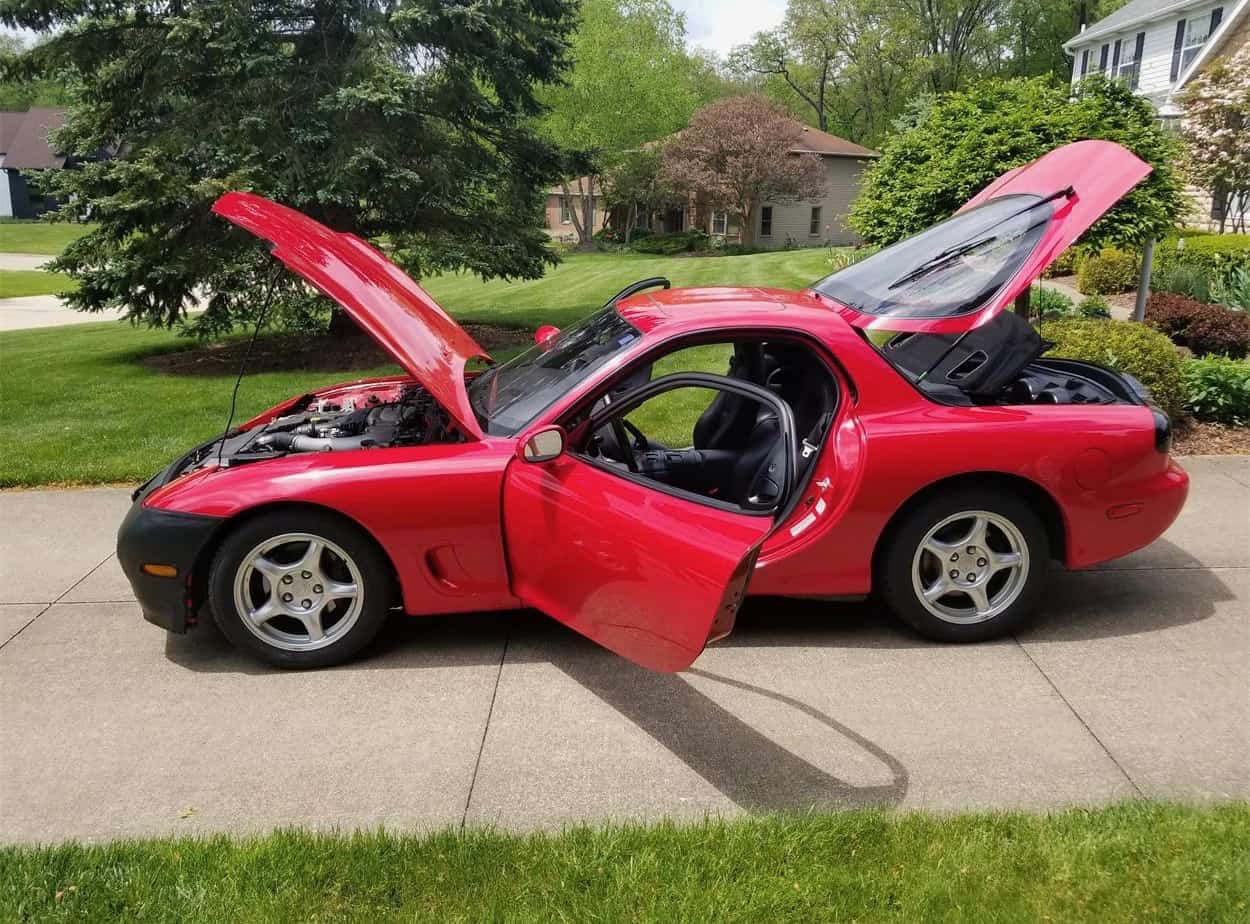 Editor’s note: November is Import Month on the ClassicCars.com Journal. Get all the news you could ever need about German, English, French, Japanese and lots of other cars at our dedicated page.

Not only is the Pick of the Day a one-owner car, but it’s also a one-driver vehicle.

“Only one person has driven this car since it was bought 26 years ago,” assures the private seller of the 1993 Mazda RX-7 being advertised on ClassicCars.com.

The car was purchased from Harbor Mazda in September 1992 and — remarkably — has been driven only 5,600 miles since then, the seller said in the car’s advertisement.

Not only that, the car, now located in Akron, Ohio, has been driven only in summer months and has been stored in a heated garage annually from October 1 until May 1.

“Still looks & drives like a brand-new car,” the advertisement notes, adding that the car remains in original condition except for the tires, which were replaced in June 2017.

The car is equipped with the Touring package, and it wears Hi-Reflex red paint with a black-leather interior. The turbocharged rotary engine is linked to a manual transmission. The car has air conditioning, cruise control, power brakes/steering/locks/seats, tilt steering wheel and custom stereo.

The 1993 model year marked the launch of the third generation of the RX-7 and, according to the Standard Catalog of Imported Cars, “from sporty car to sports car is the best way to describe the transformation if the 1993 RX-7. While the 1992 two-seat coupe and convertible were capable of running with some of the lower-echelon sports cars, the new 255-hp was one of the closest things you could find to a race car for the street.”

Mazda claimed a 4.9-second 0-to-60mph sprint time for the third-generation car, with twin turbochargers boosting not only horsepower but providing 217 pound-feet of torque.

The private seller is asking $54,000 for this one-owner, one-driver, stored-through-the-winter example.