Editor’s note: Get more news from the 2018 SEMA Show in Las Vegas by checking out our dedicated page for daily updates.

I’ve been attending the SEMA Show for approaching 20 years and thought I’d seen everything when, a couple of years ago, a Las Vegas artist created an astounding and gigantic vehicle for the Burning Man gathering in the Black Rock Desert.

But on Tuesday I saw a vehicle at the show that was the most amazing I’ve ever seen, at SEMA or anywhere else, for that matter. The vehicle was a 1958 Chevrolet Impala with a Continental kit, and seemingly every non-glass or rubber surface was covered with what looked like sculptured aluminum but was, in fact, paint.

Displayed by Kuhl Racing and Japanese paint and automotive parts producer Rohan, the car showcased the artistry of custom painter Takahiko Izawa, who is credited with the invention of “metal paint” and for his “unprecedented” technique of “Engraving” an entire car body.

Izawa reportedly uses various stencils and spends hours applying and sculpting the painted surfaces to achieve a spectacular 3-D effect. The result is a car that, at first glance, I thought was a metal-covered lowrider.

The metal paint reportedly doesn’t fade or yellow, bleach out or darken from UV exposure. 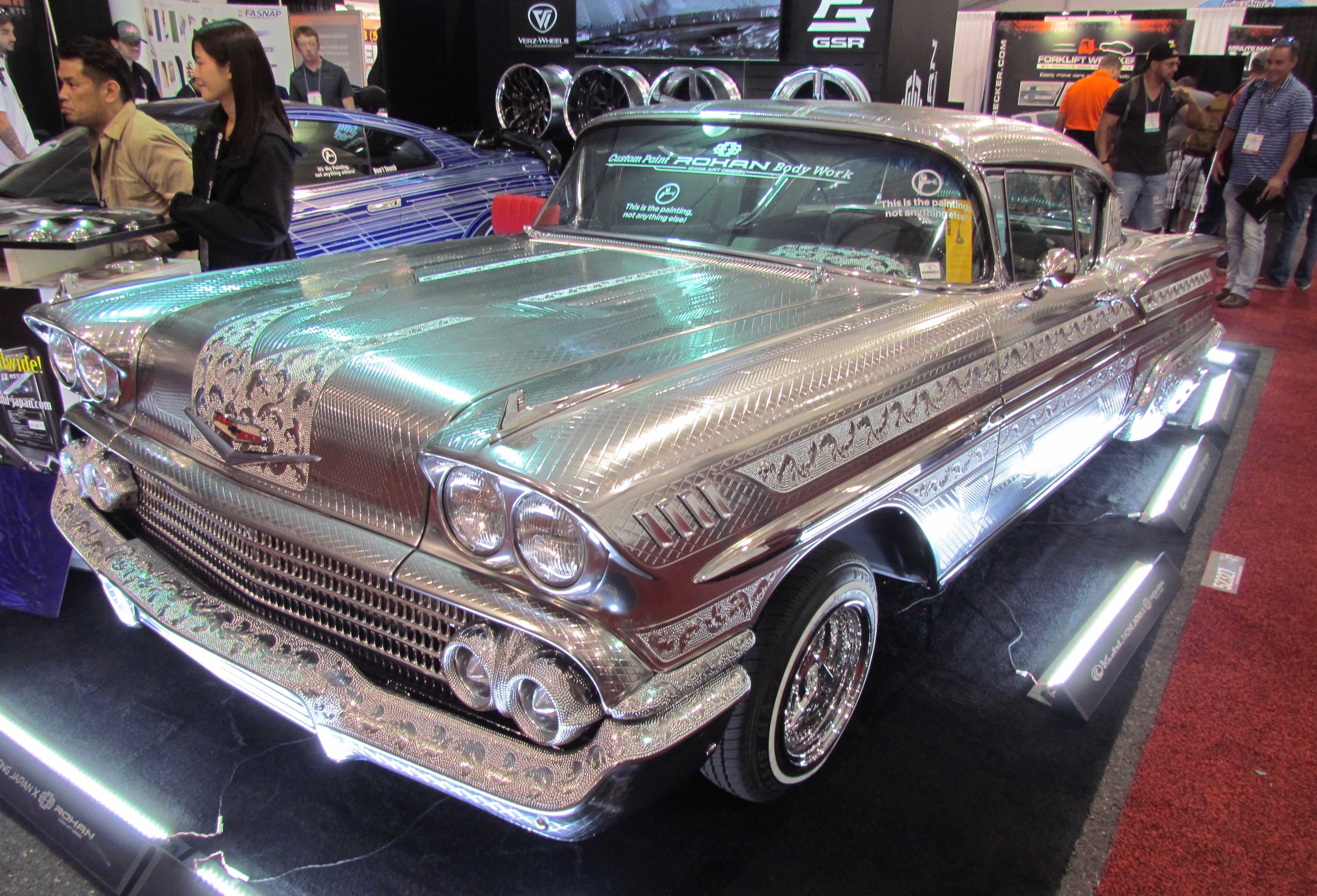 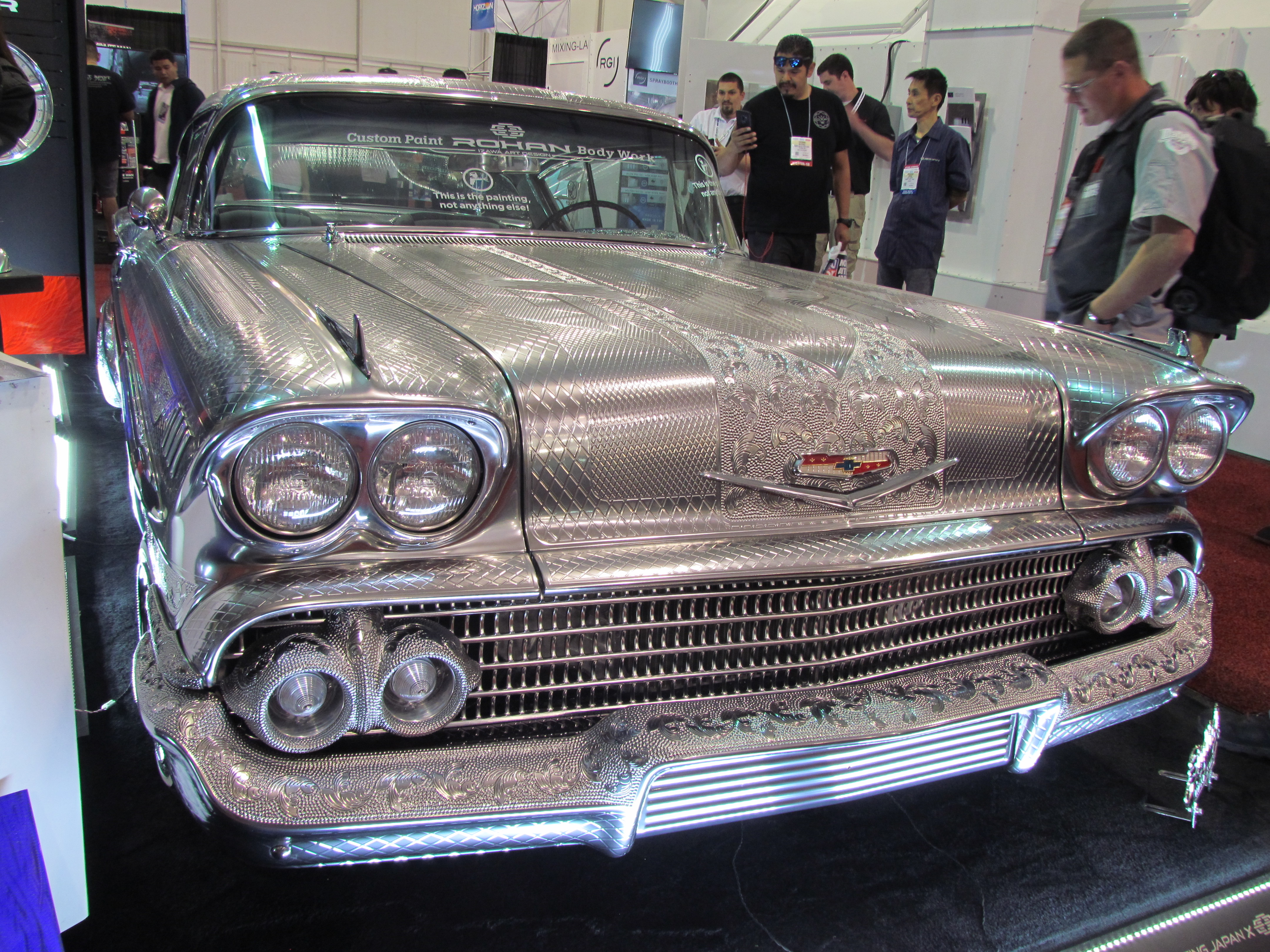 The process is truly an artistic undertaking, and it results in a piece of automotive fine art. It is beautiful, but like fine art, it also is expensive. Covering a complete car can cost more than $250,000. Indeed, the metal paint and special “engraving” of a single rearview mirror case and base costs $1,000.

Such work can be done in silver or gold finish.

Sharing the Kuhl Racing/Rohan-Izawa Art Design stand at the SEMA Show was a Nissan GT-R done in a shade of G Kandy — 10 such kandy colors are available — and highlighted with Izawa’s graphic and “Grinder Tattoo” patterns, another of his innovations.

The car was amazing, but overshadowed by the adjacent ’58 Chevy.

If you’re impressed — and artistically and automotively skilled enough — Kuhn Racing is looking for U.S.-based dealer/artists to train in Izawa’s techniques.

I wasn’t ready: My first time at the SEMA Show in Las Vegas