Shorty Chevy is a showstopper

The story as Anthony Generalao’s late wife used to tell it when people asked about the two-door, short-wheelbase 1956 Chevrolet was that the children were grown and gone, so they didn’t need a back seat anymore, and that Anthony removed not only the seat, but the rear doors and other unneeded parts for good measure.

The true story was that Generalao, who used to own a body shop in Hawaii, had stripped the four-door Chevy 510 down to the point it was ready for painting, walked into the house and asked his wife if she might like a two-door instead of the four.

At first, she didn’t quite understand what Anthony wanted to do. But she went along with his plan and the car has been a show — and traffic — stopper ever since, most recently at the 19th annual Super Run Classic Car Show, staged for the past two years in Mesquite, Nevada, north up I-15 from Las Vegas and just inside the Nevada/Arizona state line and not far from St. George, Utah.

After Anthony retired and sold his business, the Generalaos moved to Las Vegas, where he continues to work on cars, though now primarily for family members. His current project is a 1960 Chevrolet El Camino he’s doing for his daughter.

Generalao didn’t just cut the ’56 Chevy in half, he did so with the expertise and experience of years of automotive craftsmanship. Over the course of just four weekends, he removed precisely 28 3/4 inches from the car’s frame, and eliminated the rear doors and back seat. The result, while short, has surprisingly attractive proportions.

It also has a 383cid “stroker” V8, 4-wheel disc brakes, power steering, working heater and air conditioning, an, he reported that it can run comfortably and confidently at freeway speeds.

The car also is beautiful inside. Its bench seat and customized interior look more like a classic sports car’s than one in a posted sedan.

At the show, Generalao’s shortened ’56 Chevy was parked between two other relatively short vehicles, a 1941 Willys coupe and a 1937 Fiat Topolino.

With the cars front bumpers all in a row, for many of us it took a second look to realize that the three cars were each about the same length, that this vintage two-tone Chevy retained only 75 percent of its original wheelbase.

Yes, Generalao’s workmanship was that good. 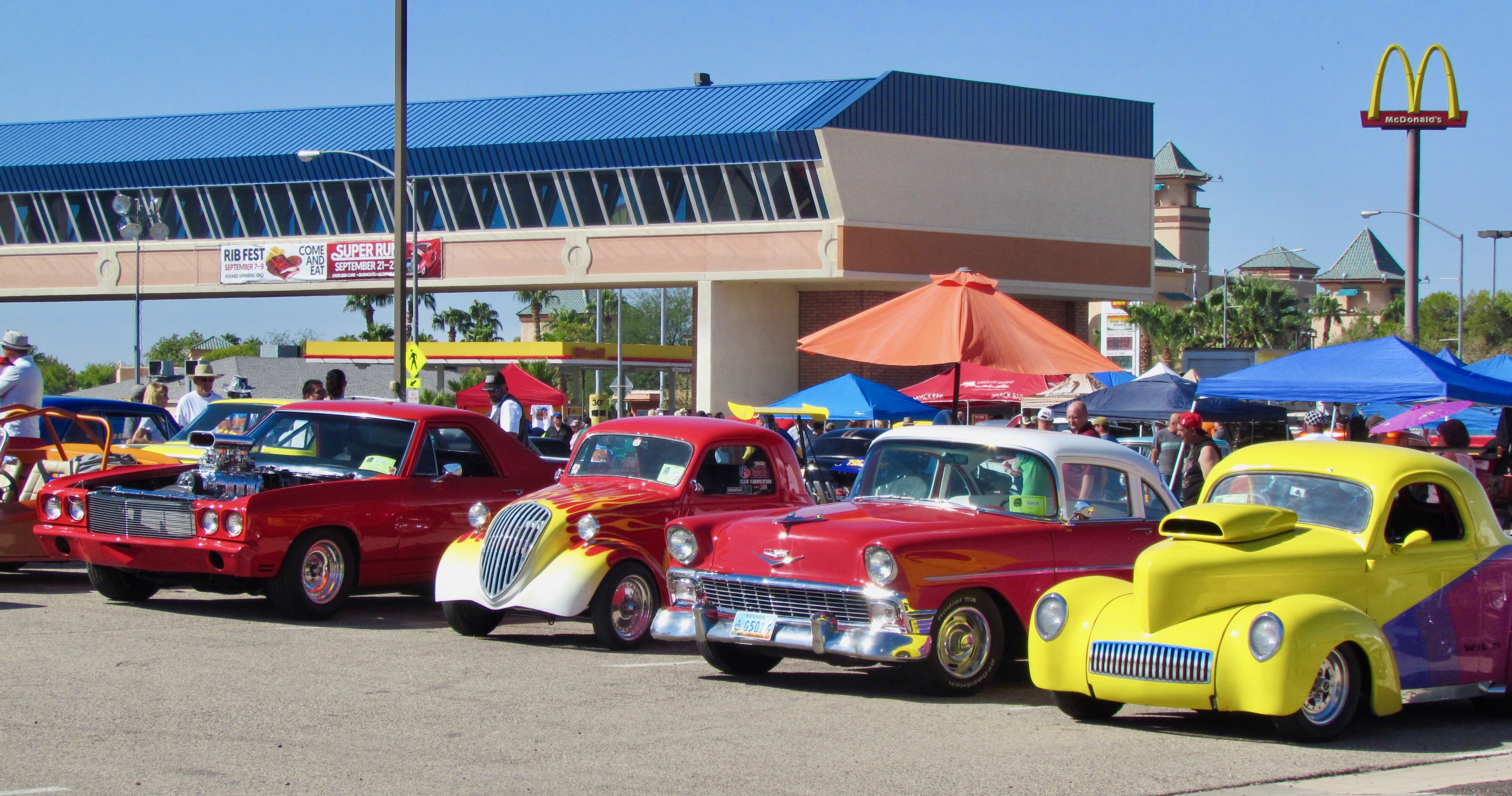