Bookshelf: The true Hollywood story of an empire built on a Hot Rod 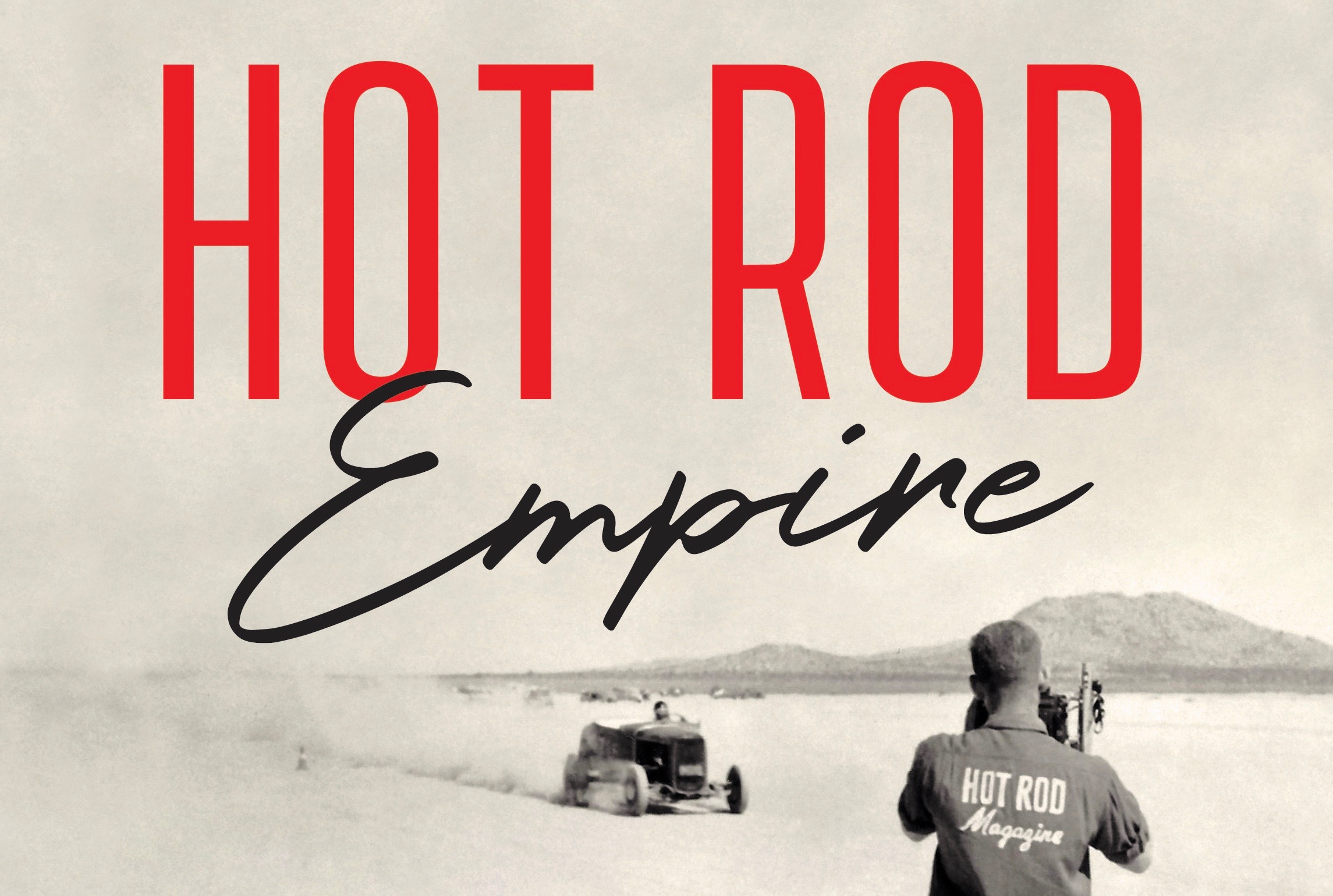 I count myself fortunate to have represented AutoWeek magazine at the 24 Hours of Le Mans in 1999, when Aston Martin invited a small media group as its guests for the weekend. Each of us was assigned a new Aston Martin to drive, and not only on fast French freeways and delightful French byways, but for several laps at considerable speed on the actual Le Mans racing circuit.

But that wasn’t the best part.

We stayed in an amazing chateau and had use of the Aston Martin hospitality house at the base of the famed Mulsanne Straight.

And that still wasn’t the best part.

The best part was that Aston Martin also invited some special guests to join us each night at dinner. That ’99 race marked the 50th anniversary of the 1959 victory at Le Mans by an Aston Martin DRB1 driven by Carroll Shelby and Roy Salvadori. They were the special guests, along with Robert E. Petersen and his wife, Margie.

As you might expect, the conversations and stories shared over the dinner table were fascinating.

Thus it was with anticipation that I opened the cover and read — in a single sitting — Hot Rod Empire: Robert Petersen and the Creation of the World’s Most Popular Car and Motorcycle Magazines, a book by author Matt Stone written with Gigi Carleton, who for several decades had been Petersen’s executive assistant and a close family friend to “Pete” and his wife, Margie.

This is no tell-all but a tribute to the man and his magazine empire, where Stone once worked. But while not a tell-all, it is the telling of a remarkable, truly Hollywood story of the man from humble beginnings who built a magazine empire, married a model, had two sons (who died tragically at young ages in a plane crash), and together they gave millions to various charities, including the famed Petersen Automotive Museum, which was Petersen’s second effort to provide Los Angeles with a place to celebrate its heralded automotive cultural history.

Among the things I learned was that Petersen served as a photographer for the U.S. Army Air Corps and after the war was hired into the publicity department at MGM, where he became acquainted with Howard Hughes, with whom he used to double date in the 1950s. Petersen then was part of the Hollywood Publicity Associates and got involved in hot rodding by doing publicity for the races on California’s dry lakes.

That led to the launch of his first magazine, Hot Rod, and soon to Motor Trend and on to a many-titled magazine empire, a car collection, a restaurant on Sunset Strip frequented by the stars, an aviation company, a vintage gun collection, a role in the 1984 Los Angeles Olympic Games, major donations to the Boys and Girls Club of Hollywood, and the Motorama car museum and later the Petersen Automotive Museum.

The book is not the script for a Hollywood movie, but it has all the elements, and some 250 photographs that help fill out the story.

Hot Rod Empire: Robert Petersen and the Creation of the World’s Most Popular Car and Motorcycle Magazines

By Matt Stone with Gigi Carleton